Wild spirits and sacred souls: Volunteering with animals in Turkey 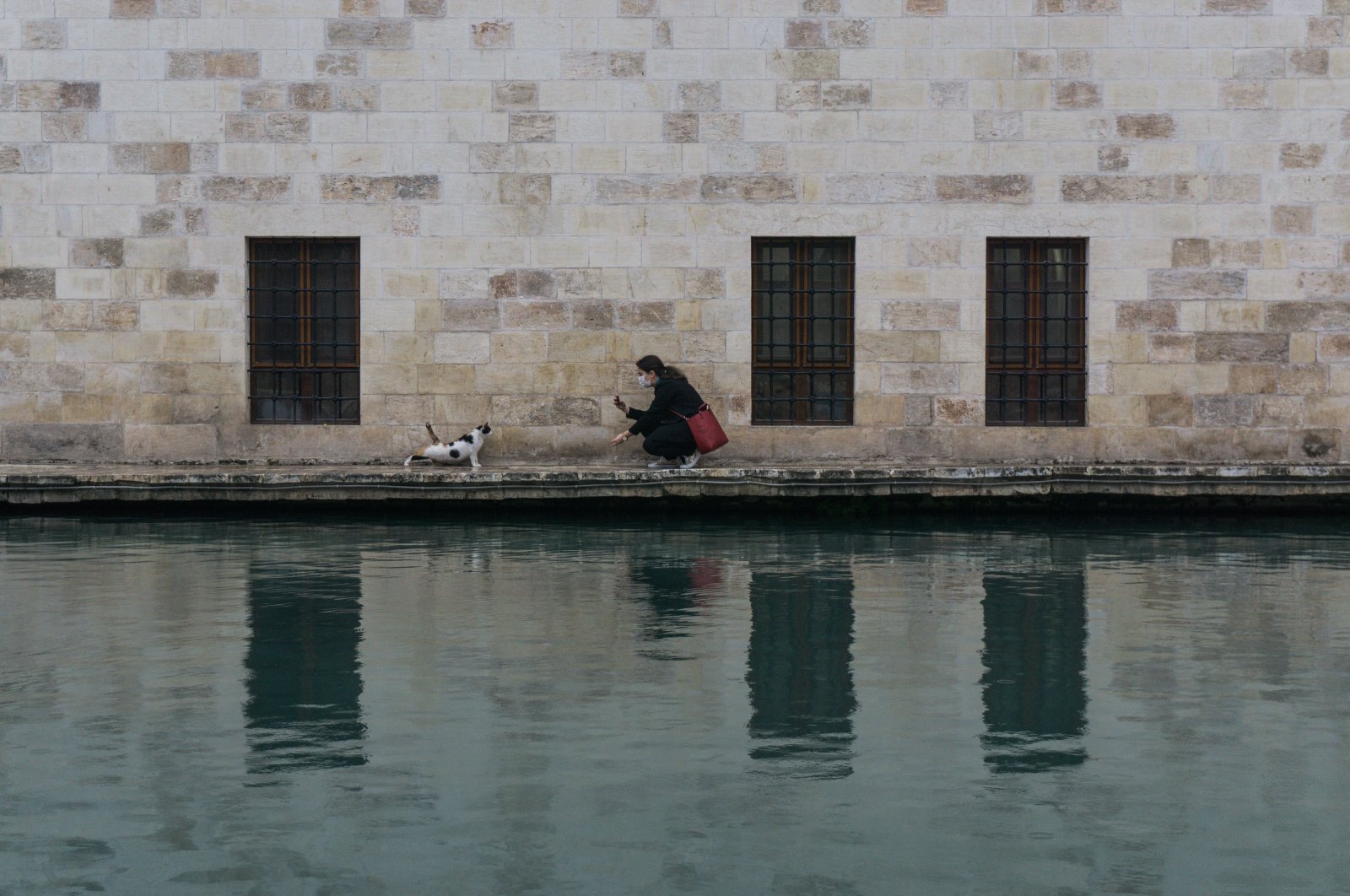 If you are considering extending a helping hand to animal rescue and welfare organizations in Turkey and would like to get volunteering, let this serve as your guide

The holy month of Ramadan is a very special time for Turks. It is a period of self-reflection and sacrifice in the way of fasting but also a time strongly associated with being charitable, thoughtful and aware of those less fortunate. These sentiments can even be extended to the other sentient beings that we share the planet with.

Whether you are a practicing Muslim, a resident expat in Turkey or simply just passing through, it is good practice to pay it forward and give back to the planet whenever possible. Helping our little furry friends is one way to get involved and luckily in Turkey, there are a number of ways to volunteer with animal organizations.

Doğa Derneği (The Nature Association) has been around for nearly 20 years now and is a partner of BirdLife International, a global partnership of nongovernmental organizations striving to protect birds and their natural habitats. In addition to offering a “nature school” at their base in Izmir’s Seferihisar as well as an online shop with food products and clothing, Doğa Derneği embarks on wide-ranging projects including conducting scientific research and providing community-based solutions for conservation throughout the country. Its bird conservation efforts encompass the 485 different species that pass through Turkey and include volunteering activities in the country's flyways, wetlands, mountains and sea, as well as in oak forests and even olive groves. Their work, which may appear focused on birds, is in fact far broader and encompasses many types of species as the group monitors habitats and carries out conservation work throughout Turkey. Visit www.dogadernegi.org to learn more about their different ongoing projects, such as the recently launched bird observation program in Izmir’s Gediz Delta, which is Turkey's most extensive coast wetland and a UNESCO Natural World Heritage Site contender.

Many of Turkey’s most stunning beaches, 22 in fact, including Iztuzu, Patara and Çıralı, serve as the nesting grounds for caretta carettas and green turtles from the months of May to September. For us humans, this not only means we must be extra aware of our presence on the pristine beaches that host these nesting turtles and their soon-to-be offspring, but it also offers us the opportunity to lend a helping hand to some of the turtle conservation organizations working to protect their natural habitats. One such organization is DEKAMER, the Sea Turtle Research, Rescue and Rehabilitation Center and Hospital that is located off Iztuzu Beach in Dalyan. DEKAMER was actually spearheaded by legendary expat Captain June, whose conservation efforts transformed this region of Muğla, implementing changes like altering the shape of boats that take visitors along the Dalyan River to Iztuzu Beach to protect these sea visitors.

In Çıralı, the Ulupınar Çevre Koruma Gelıştirme ve Işletme Kooperatifi is an environmental organization working to protect the sea turtles’ nesting environment, as is EKAD (Environmental Research Society), which hosts volunteers in Belek and the Kuzey Kıbrıs Kaplumbağaları Koruma Cemiyeti (North Cyprus Society for the Protection of Turtles).

The very origin of the name of Cappadocia just happens to be “the land of beautiful horses,” hence it should come as no surprise that the best area to volunteer with these stoic animals is indeed Cappadocia. While the region may best be known for its fairy-chimney-like rock formations, carved underground caves and hot air balloon rides, it is also Turkey’s most popular horseback riding destination. There are a variety of volunteering opportunities for those interested in hands-on work helping the horses at the multiple riding ranches in the vicinity, including the Dalton Brothers' Ranch run by none other than the man known as Turkey's horse whisperer. Many opportunities for volunteers are listed on the user-friendly Workaway website, where you can browse the opportunities on offer and apply to exchange your time for accommodation.

Diving into the deep blue

Based in Antalya, the Marine Mammals Research Association DMAD (in Turkish Deniz Memelileri Araştırma Derneği) conducts scientific studies devoted to the conservation of marine diversity in the Levantine, Aegean and Adriatic Seas, aiming to increase public awareness of the problems faced by marine life and the need for their environmental protection. With approximately 200 volunteers, many of which are marine biologists, DMAD has ongoing projects in three different countries, namely Turkey, Albania and Montenegro. It also offers free GIS training, a geographic information system application, from their website: dmad.org.tr.

Ceramics for Animals is a club of animal and pottery enthusiasts that are dedicated to helping street animals in Istanbul. On Friday, May 28, they will be holding a fundraising fair at the Dutch Consulate-General located off Istiklal Avenue in Beyoğlu in which members will have stalls displaying their ceramic works of art.

At this point, Turkey’s love for the cats and dogs living on its streets is pretty well known across the world. After all, a number of acclaimed films have been released of late documenting the lives of Istanbul’s street animals. However, as most of us are well aware, getting food and shelter is always a concern, detrimentally so now in the time of the coronavirus. Luckily, nearly every city and expat outpost along the Turkish coast has active organizations working hard to feed, care, trap-neuter-return and when possible rehome Turkey's stray dogs and cats.

It is impossible to count the actual number of organizations devoted to helping dogs and cats in Turkey and I apologize off the bat if I miss some, however, here is a roundup of a few organizations with which you can jump right in. In Istanbul, the Yedikule Animal Shelter (Yedikule Hayvan Barınağı), which houses approximately 300 dogs in an 8,000 square meter area, is the largest shelter in Istanbul. Cihangir Cool for Cats is a volunteer group started up by a British expat to assist the needs of the street feline population in Cihangir. In addition to feeding, caring and neutering, they also help rehome street cats. Before the pandemic, the organization would also host regular fundraising quiz nights. The Rehber Köpekler Derneği (Guide Dogs Association) trains canines to serve as guide dogs for the visually impaired and welcomes volunteers to assist in chores such as walking the puppies. Tails of Istanbul aka Tails of Turkey is a community network aimed at connecting animal lovers with municipalities all over Turkey to assist as many shelter animals as possible. Hosting nearly 700 dogs in Ankara, the Patilikoy foundation, which is best translated as “Pawsville,” was designed to provide a more natural environment for shelter dogs, many of which are disabled or psychologically traumatized.

Many of Turkey’s coastal towns with large foreign populations also happen to have a number of organizations devoted to helping street animals. Many of the organizations were started by expats themselves and in turn, a significant portion of the volunteers are also foreign residents. In Bodrum, there is Smiling Dogs, the Tuzla and Turgutreis Animal Shelters and Yalıkavak Street Animals. Under normal circumstances, the Turgutreis Animal Shelter offers the opportunity for visitors to walk the shelter dogs and would also regularly host flea markets as fundraisers for the animals along with Yalıkavak Street Animals and the aforementioned organizations.

The Ortaca region in Muğla also has a number of street animal organizations ranging from Cat Paws, DOHAKDER, the Köyceğiz shelter and Haydos in Ortaca. The Kalkan Association for the Protection of Street Animals (or KAPSA for short) has an excellent website that also features photos and write-ups on the dogs available for adoption. In Antalya, there is KuHayDer, which is an animal shelter located in the Kurşunlu district that houses nearly 300 dogs and 40 cats. Meanwhile, an organization devoted to finding forever homes in the United Kingdom for Turkey’s street dogs called rehome-a-rescue-dog.co.uk, is always in need of people to foster dogs that are in the process of being prepared for their journey.