Health minister calls on Turks to get COVID-19 booster shots 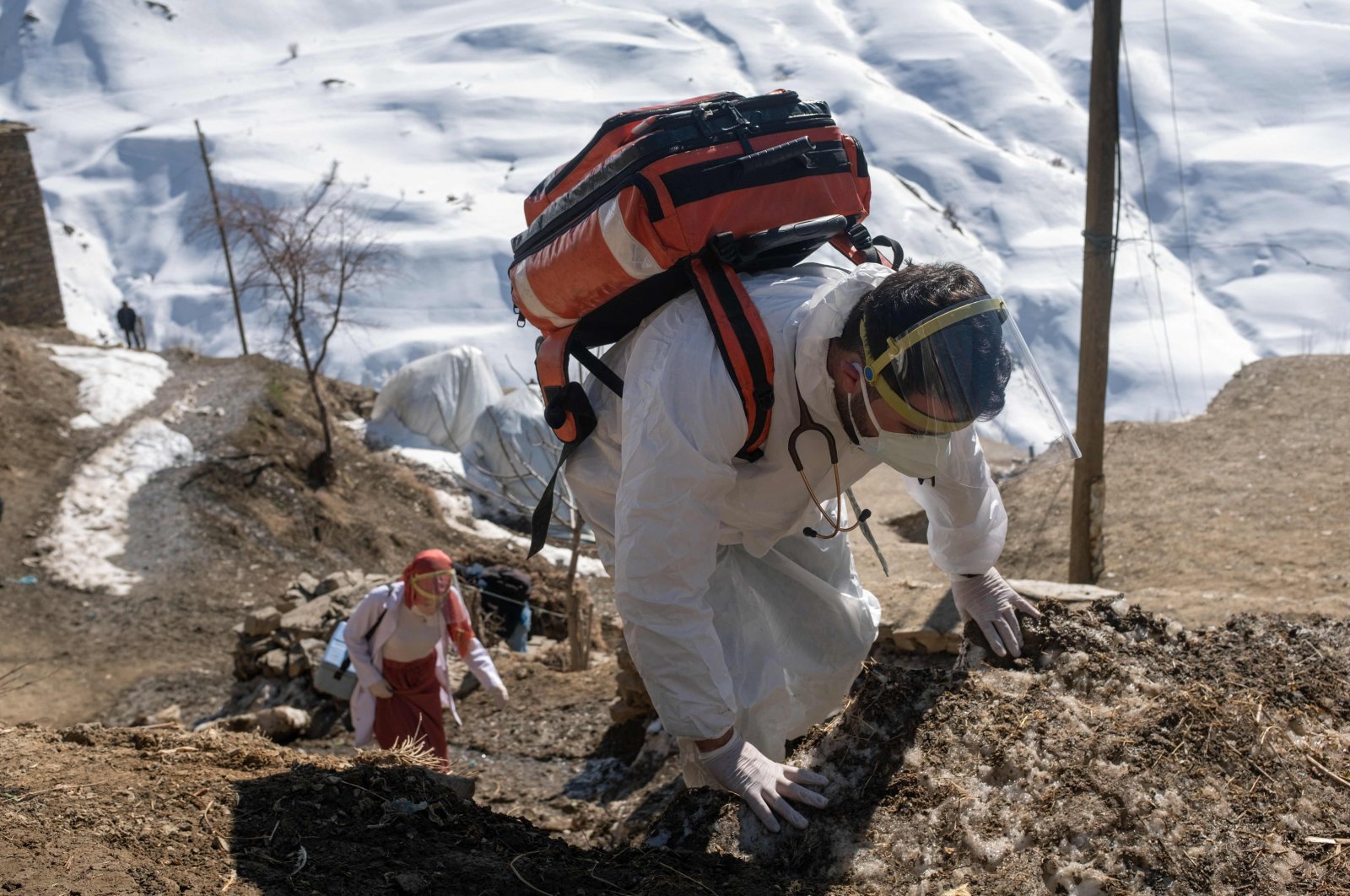 Health Minister Fahrettin Koca on Monday called on Turkish citizens to get their booster shots in the face of the fast-spreading omicron coronavirus variant.

“Our ministry sends SMS messages to our citizens whose last vaccine was more than three months ago to get the booster dose. Those whose booster dose is due should get their vaccinations immediately,” Koca said on Twitter.

Turkey has administered more than 124.92 million doses of COVID-19 vaccines since it launched an immunization drive this January, according to official figures released on Monday.

Over 56.68 million people have received a first vaccine shot, while more than 51.2 million are fully vaccinated, the Health Ministry said.

Turkey has also given third booster shots to more than 14.78 million people.

Meanwhile, the ministry confirmed 18,762 new coronavirus infections, 176 related deaths and 24,497 recoveries over the past day.

Koca last month stated that Turkey does not intend to implement any further lockdowns or closures to manage the pandemic's reach and has instead placed "great importance on individual precautions ... particularly vaccinations."

Europe is on the verge of another shutdown with many countries already announcing new lockdown measures. When asked about whether new restrictions and measures were on the agenda in Turkey, Koca stated that no such steps were planned.

Meanwhile, the head of the World Health Organization (WHO) said Monday more than 3.3 million people have lost their lives to COVID-19 this year – more deaths than from HIV, malaria and tuberculosis combined in 2020.

WHO Director-General Tedros Ghebreyesus said the coronavirus continues to claim around 50,000 lives worldwide every week, but he told journalists that "2022 should be the year we end the pandemic" with the tools the world has at its disposal.

Tedros was speaking at the first hybrid press conference held by the WHO for journalists from the United Nations in Geneva and the first such meeting since July 2020 that Anadolu Agency (AA) facilitated.

"The last time we hosted you, in July last year, none of us could have imagined that almost 18 months later, we would still be in the grip of the pandemic," said the WHO chief of a meeting for journalists with the ACANU association of U.N. correspondents.

Tedros also spoke about the latest variant of COVID-19 that has hit the world, saying, "There is now consistent evidence that omicron is spreading significantly faster than the delta variant."

There are also the unreported deaths and the millions of excess deaths caused by disruptions to essential health services, he said.

Just one month ago, he explained that Africa was reporting its highest number of cases in 18 months.

"Last week, it reported the fourth-highest number of cases in a single week so far. Africa is now facing a steep wave of infections, driven largely by the omicron variant," said Tedros.

The WHO chief also noted that people who have been vaccinated or recovered from COVID-19 are more likely to become infected or reinfected from the omicron variant.

Tedros cautioned that many countries traditionally plan gatherings that can draw crowds over the Christmas and New Year's holidays and suggested they should reconsider events.

"Countries should be more careful and restrict mass crowds during this festival period. Postponing such organizations during this period will save more lives," he added.