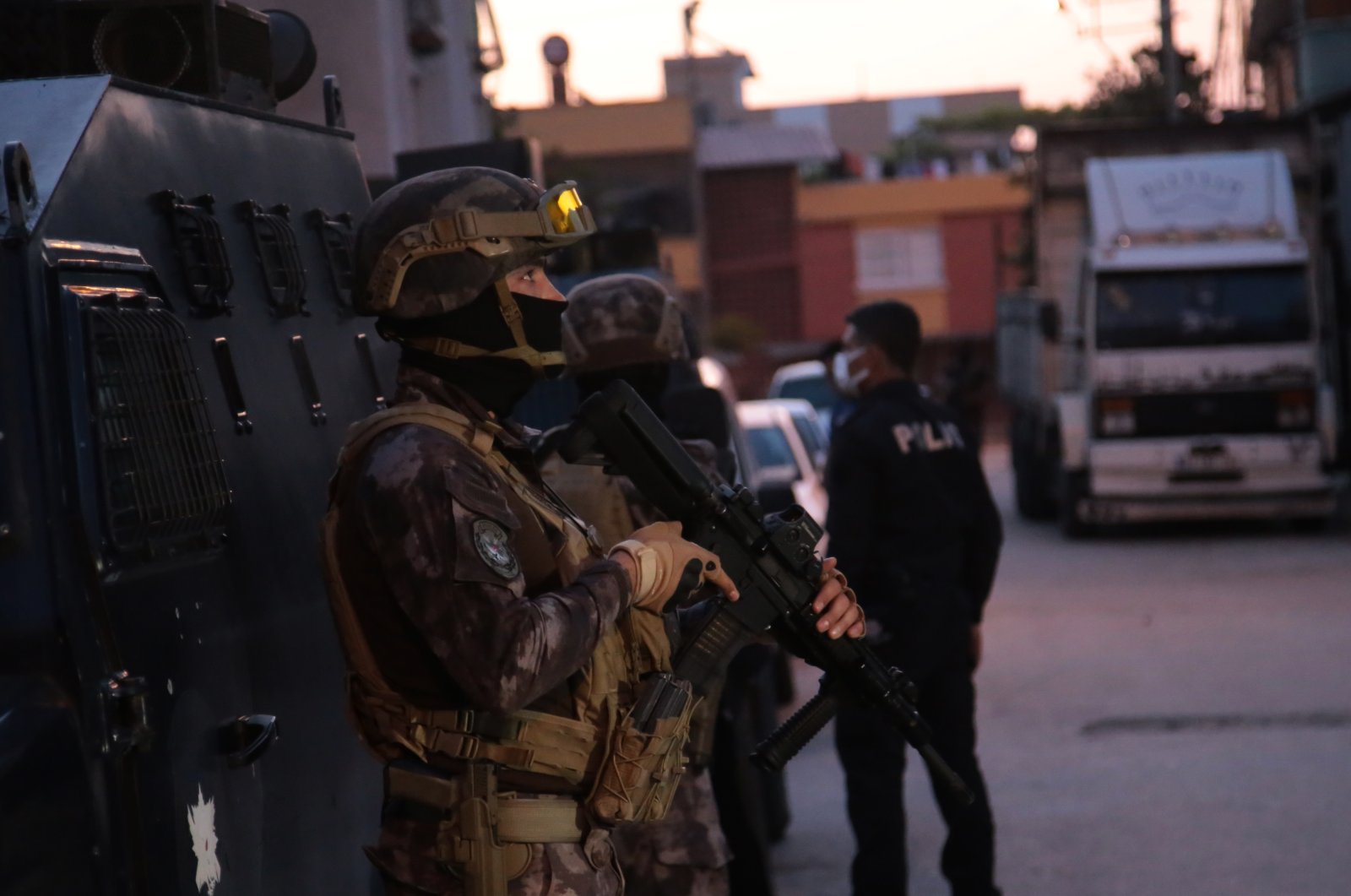 Special operations squads conduct a counterterrorism operation in Adana province, southern Turkey, May 19, 2021. (AA Photo)
by Daily Sabah with AA May 19, 2021 9:22 am
RECOMMENDED

Counter-terrorism teams, with the help of special operations teams, carried out operations to arrest suspects on allegations of being linked to the terror group, said the source on condition of anonymity due to restrictions on speaking to the media.

Some of those who were arrested were taken to police headquarter after a medical check in the provincial forensic science institution.

They were handed 192 years each for helping Nabil Fadli who blew himself up, 128 years for "assisting attempted murder" against 16 people, and eight years and four months for keeping dangerous goods without permission.