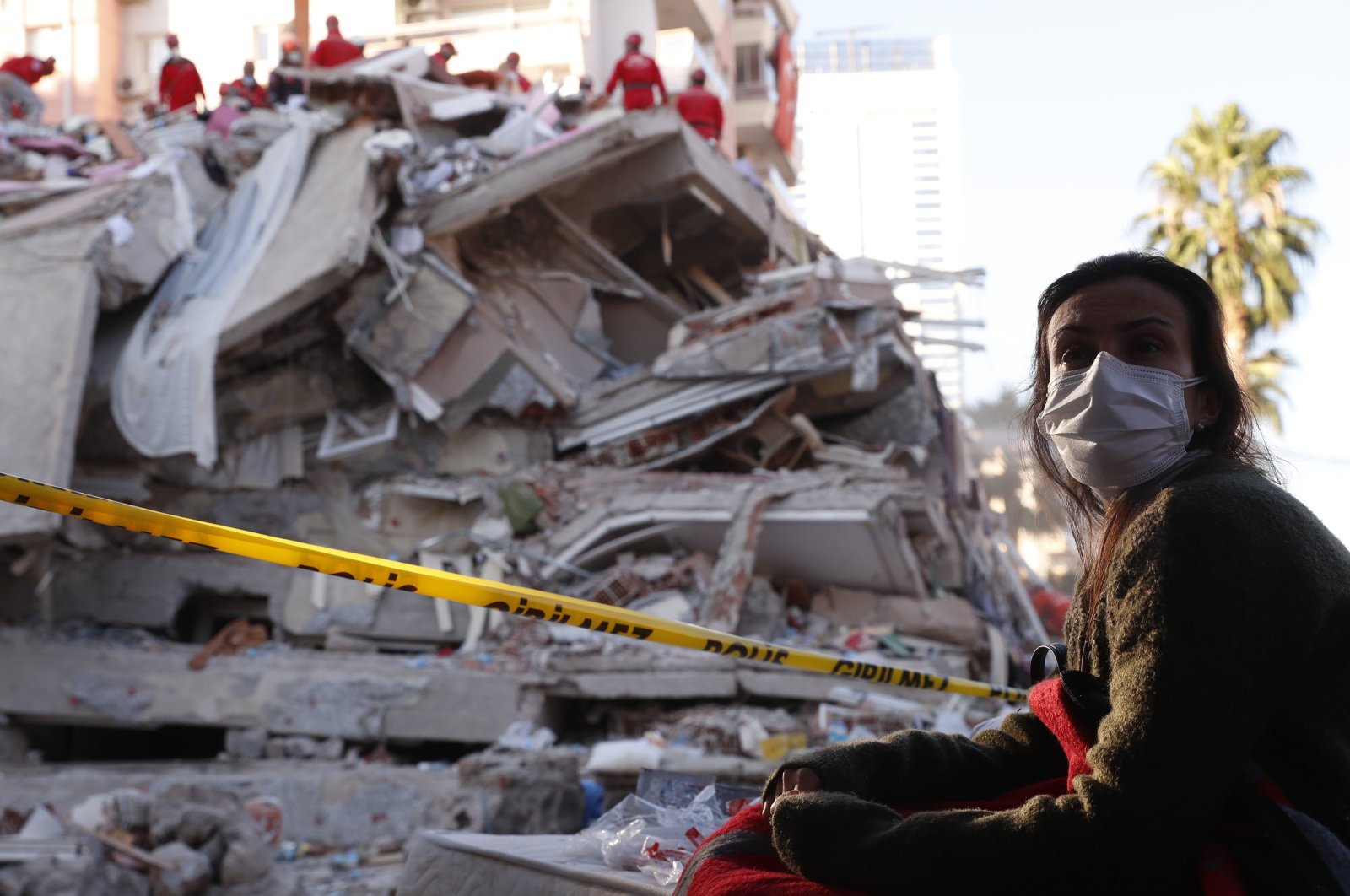 The Chief Prosecutor’s Office in Turkey's western province of Izmir announced on Tuesday that an indictment had been readied for 29 people over their alleged role in neglect that worsened the damage of last year’s earthquake in the province. Ten among them had already been detained.

The 6.6-magnitude earthquake on Oct. 30, 2020, killed 115 people living in eight buildings in the province. The public prosecution process is underway over the alleged negligence in the construction of the buildings, most of which were built before strict regulations over buildings’ earthquake resistance came into effect. A prosecutors’ statement said that 17 suspects were released under judicial control while one suspect in the indictment was at large. A court rejected the incarceration request for another suspect. Judicial control is a type of probation that can include house arrest (home detention), limitation on leaving a certain territory and prohibition of entering certain localities, places or defined areas.

The statement said the office also sought investigation for 17 public officials deemed negligent and was awaiting for approval for investigation.

In April, 13 people were arrested as part of the investigation, months after the first arrests. They were accused of contributing to the death toll and worsening the damage caused by the earthquake as a result of the shoddy construction of the buildings.

The arrests had followed a preliminary expert report that blamed those involved in the construction of buildings and those not taking measures against the disaster for the deaths and injuries. One of the suspects was the owner of a flat in one of the collapsed buildings who refused to approve reconstruction of the building to reinforce it against a possible earthquake. The report, compiled by experts from Izmir's Dokuz Eylül University, Istanbul Technical University and the TÜBITAK-Marmara Research Center of the eponymous science council, says the samples taken from collapsed buildings showed that the reason for their failure was the use of substandard materials and design errors. The prosecutors also formed a four-member expert committee from Istanbul Technical University. Their final report will be released soon.

All fatalities in the earthquake occurred in Bayraklı district buildings that collapsed either entirely or partially. Rubble that fell between buildings that suffered little damage other than cracked walls had already laid bare the lack of safety in the buildings. Police detained building contractors, owners and engineers of the buildings, including two men who were themselves injured in the aftermath of the earthquake. A report by a group of researchers from Ankara's Gazi University, who visited the disaster zone two days after the quake, had pointed to “deficiencies” in the collapsed structures and the risky ground conditions. Some buildings were constructed in areas that were once orchards and swamps.

Turkey, a country sitting on multiple active fault lines, had tightened inspections of buildings and implemented regulations to boost the safety of new buildings after the notorious 1999 earthquake that killed thousands in Istanbul and neighboring provinces.