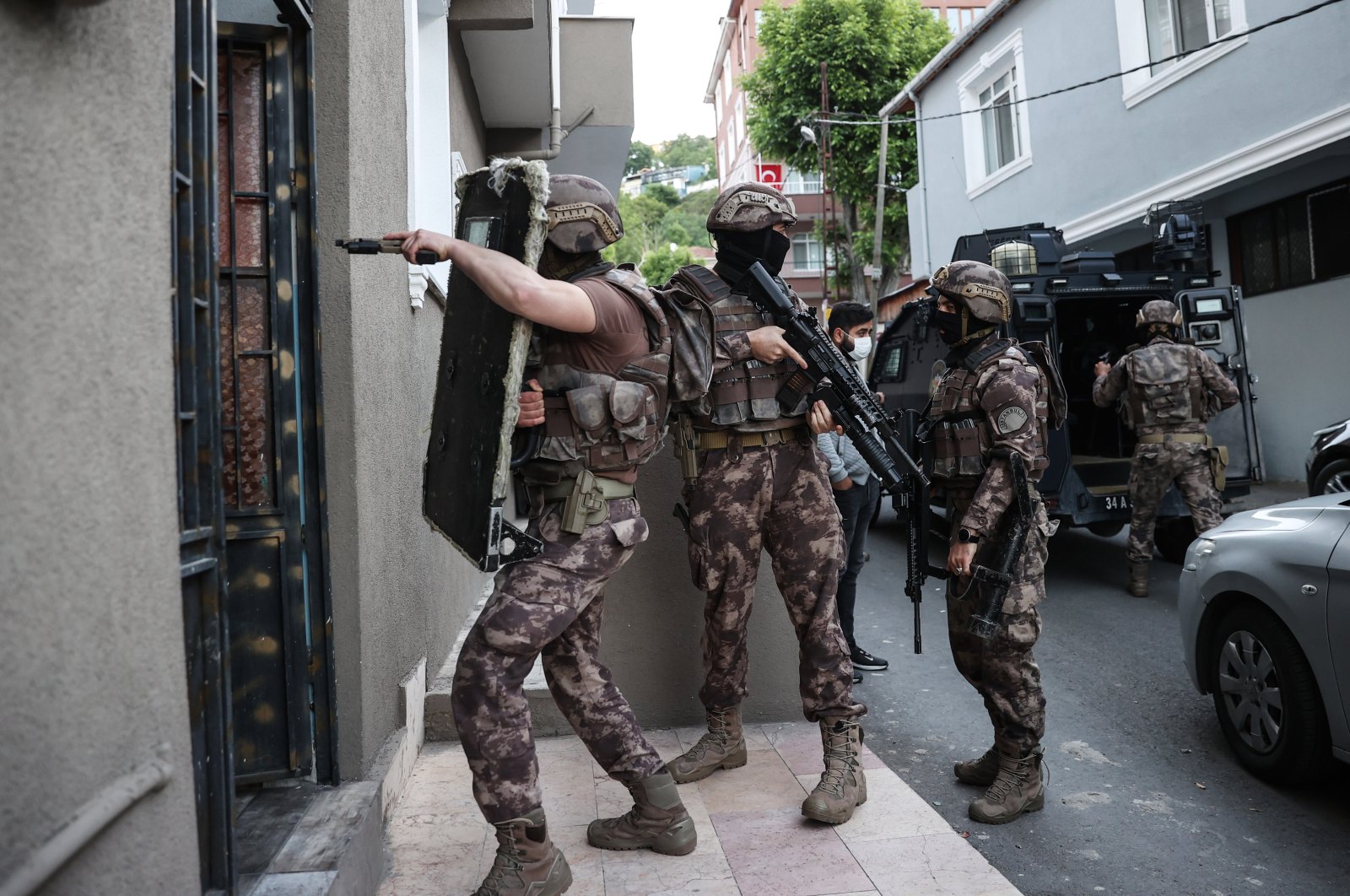 Special operations squads conduct a counterterrorism operation in Istanbul, Turkey, May 20, 2021. (AA Photo)
by Daily Sabah with AA May 20, 2021 9:25 am
RECOMMENDED

Counterterrorism teams carried out operations to arrest alleged members of the terrorist group who were plotting to launch terrorist attacks, said the source who spoke on condition of anonymity due to restrictions on speaking to the media. One of the raided addresses was Istanbul's Sarıyer district, approximately 500 meters from the U.S. Consulate General. The security forces entered in a 4-storey building detained a person in the house.

A vast array of documents pertaining to the terrorist organization and digital materials were discovered and seized, the source added.

Turkey detained Daesh's so-called “Turkish emir,” Mahmut Özden, in August 2020. He was planning to carry out an attack on the Hagia Sophia Grand Mosque and target politicians, nongovernmental organization (NGO) heads and other prominent figures in Turkey, according to the official investigation.

Police deciphered Daesh's encrypted messages sent by the terrorist group's ringleaders in Syria and Iraq. The messages featured a wide range of instructions, including kidnapping tourist groups, prosecutors and deputies, and attacking the Incirlik Air Base in Adana, as well as other plans.

They were handed 192 years each for helping Nabil Fadli who blew himself up, 128 years for being accomplices in the attempted murder of 16 people and eight years and four months for keeping dangerous goods without permission.