‘5 million lives at stake’: Expert warns of quake in Istanbul 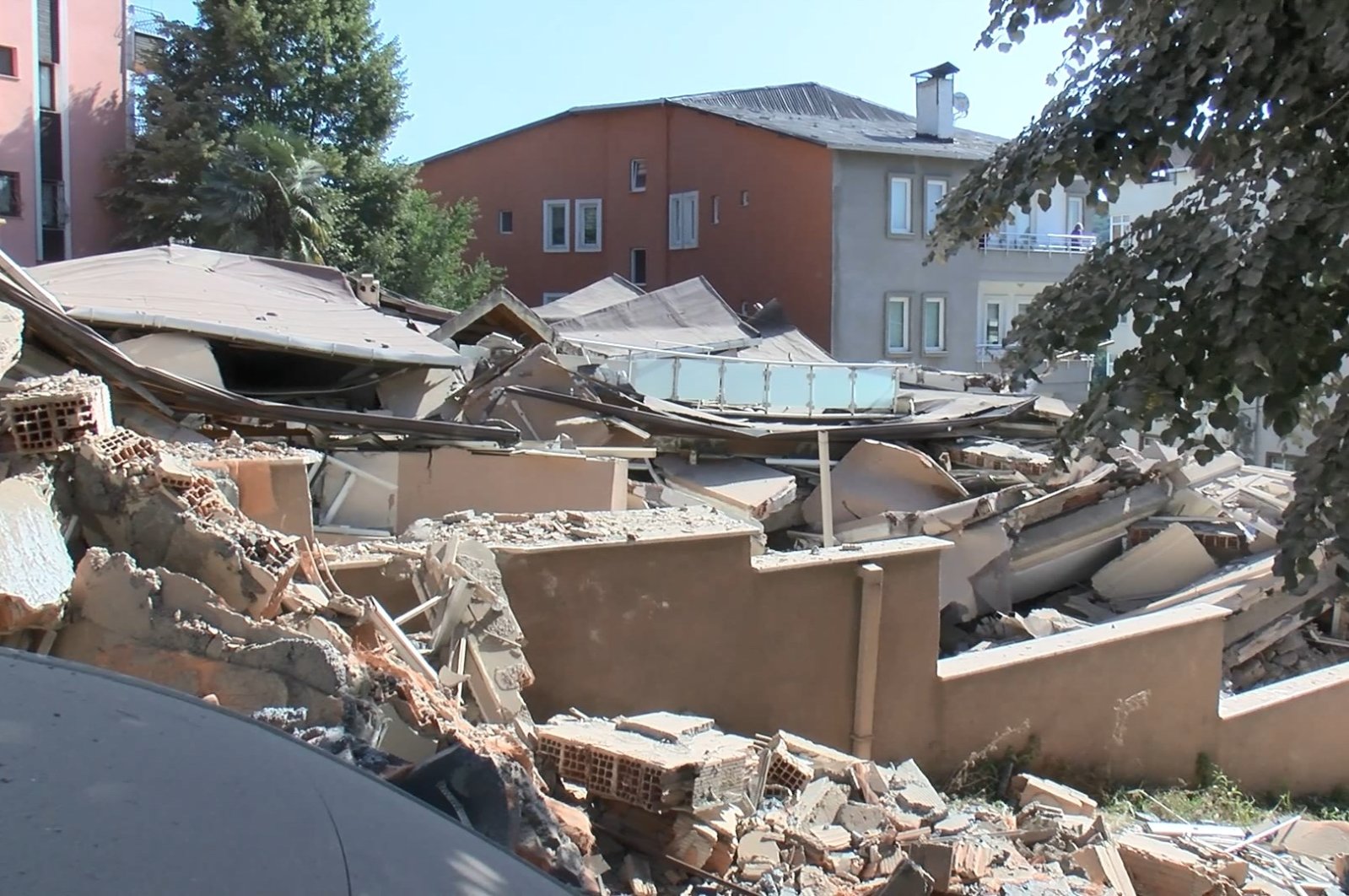 Naci Görür, a geologist at Istanbul Technical University and a member of the Turkish Academy of Sciences, issued a stark and hard-hitting warning on Sunday, saying that a possible earthquake in Istanbul may put nearly 5 million lives at stake, emphasizing that precautions must be taken.

Speaking after Friday’s Bingöl earthquake shook eastern Turkey with a magnitude of 5.3, Görür said that a possible earthquake could hit Küçükçekmece Dam, which is on the European side of Istanbul.

“There are 4 to 5 million people whose lives are at stake. I highly doubt that Küçükçekmece Dam will weather an earthquake properly,” he told Demirören News Agency (DHA).

“Even though the magnitude 5.3 quake struck this zone, it was not specifically on the East Anatolia fault line. It happened on a fault line parallel to it,” he underlined, adding that the fault lines can “transfer stress to each other” and also can trigger one another, indicating a risk for Istanbul, which is located on the North Anatolian fault line.

Saying that even “small-scale earthquakes show that we are not ready,” he added that 4 to 5 million people are living in unsafe buildings.

“Our Environment and Urbanization Minister says that 200,000 buildings need to be transformed. If an at-risk building has four stories – that is the minimum – and each story has two apartments, that equals eight apartments per building. If you multiply this number with 200,000, it equals 1.6 million apartments, and with four people per home, it means that 4 to 5 million people are at stake,” he added.

“Of course, not all those 200,000 buildings will collapse in the event of an earthquake,” but that’s still a significant risk, Görür concluded.

A team from Istanbul Metropolitan Municipality presented a report to the Turkish Parliament in February regarding the aftermath of a possible earthquake in the metropolis, revealing a catastrophic projection.

The report was jointly prepared by Istanbul’s Avcılar and Esenler district municipalities and presented to the parliamentary commission on earthquake measures. It has revealed that 200,000 buildings will be exposed to medium- or high-level damage, which would possibly affect about 4-5 million residents of Istanbul.

Istanbul, with its population of more than 15 million people, is Turkey’s most populated city and is at constant risk of earthquakes. Multiple studies show the city will inevitably suffer from one powerful earthquake, and experts warn that it is not a question of “if” but “when.”

The municipality report said that the number of structurally unsound buildings has risen significantly. While it has increased four times in the Avcılar district, the number has been doubled in the remote Silivri area.

Istanbul was shaken by a 5.8 magnitude earthquake in 2019, its biggest in nearly two decades. Though tremors were slight, it was enough to send people panicking into the streets, as memories of the 1999 earthquake are still vivid. Many spent a few nights outside before aftershocks died down.

Turkey has suffered devastating earthquakes in the past, including the earthquake of 7.4 magnitude in Gölcük in 1999. It killed more than 17,000 people in the greater region. The country is among the world's most seismically active zones as it is situated on several active fault lines, with the most potentially devastating being the Northern Anatolia Fault, the meeting point of the Anatolian and Eurasian tectonic plates.

The Environment and Urban Planning Ministry already has an ambitious, nationwide project in place to improve the building and safety standards for 689,658 houses, shops and offices.

Over the last eight years, the ministry has evacuated or demolished 673,000 of those units, while work on the remaining structures continues.

The government has allocated more than TL 15 billion ($1.71 billion) for "urban transformation" projects that cover some 5 million people in more than 1.3 million housing units. The operation aims to provide safe homes for at least 45% of the population.