Largest bust in Turkey nets more than half ton of meth: Soylu 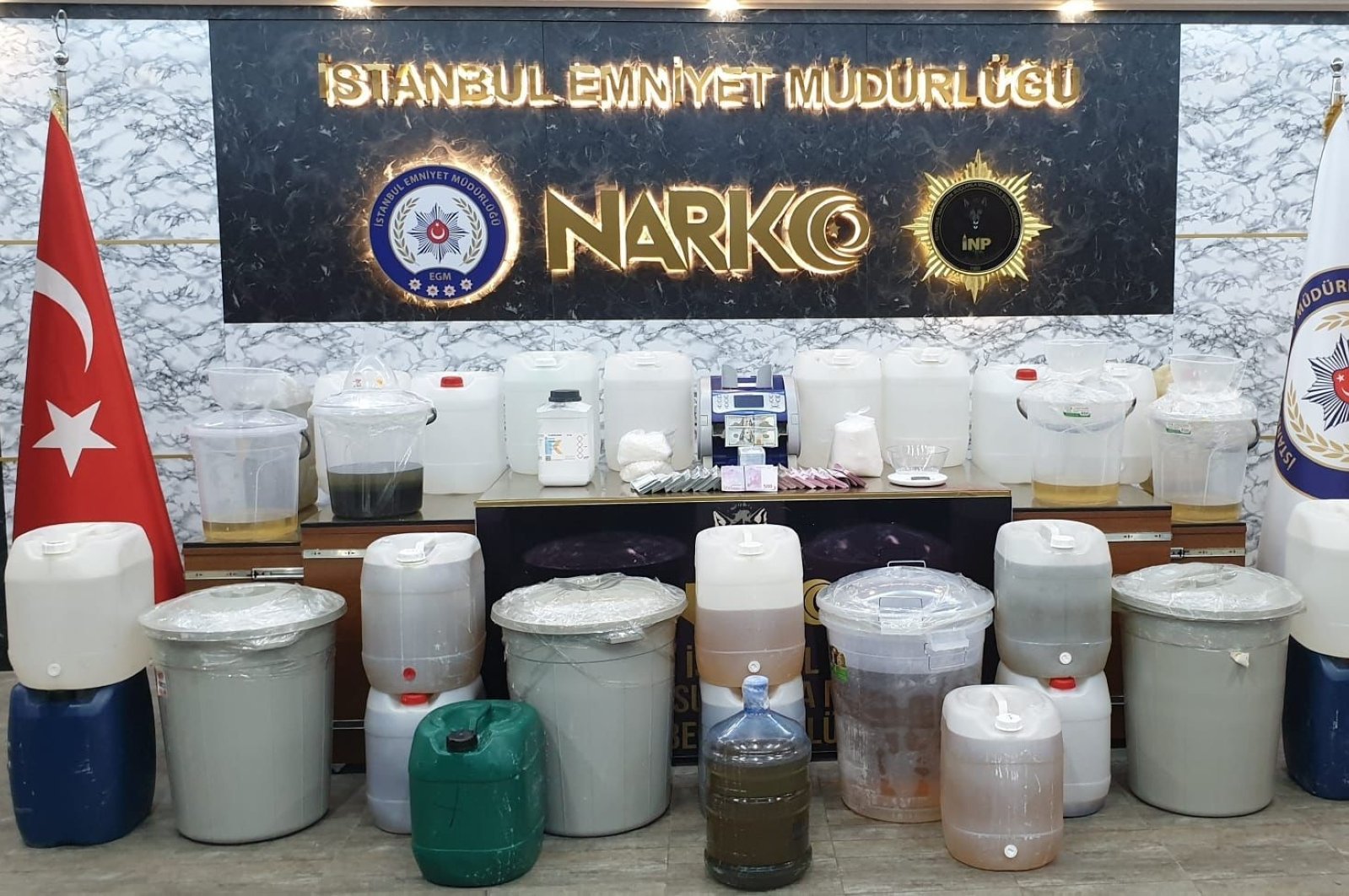 Interior Minister Süleyman Soylu said Friday that security forces seized 553 kilograms (1,219 pounds) of methamphetamine and 137 kilograms of "chemical substance" (which would be used for drug production), in an operation in Istanbul. The minister tweeted that it was the largest ever methamphetamine bust carried out in one instance.

Seven suspects were detained in connection with drugs, which were discovered in connected operations carried out in the city's Esenyurt, Başakşehir and Sarıyer districts.

Turkey is among the leading countries in drug seizures in Europe. In August, 4.3 tons of methamphetamine was seized in separate shipments from Hong Kong, at a transit cargo terminal at Istanbul Airport.

Meth is among the "popular" drugs in Istanbul according to a wastewater analysis report from 2020. According to European Centre for Monitoring Drugs and Drug Addiction (EMCDDA), in 2018, the latest year with available data, Turkey seized 5.7 tons of amphetamine. Almost all the amphetamine seized in Turkey was in the form of tablets, including large quantities of Captagon tablets containing amphetamine. Turkey also seized an exceptionally large quantity of methamphetamine in 2018 (564 kilograms), an amount approaching the largest reported for the entire European Union (646 kilograms).