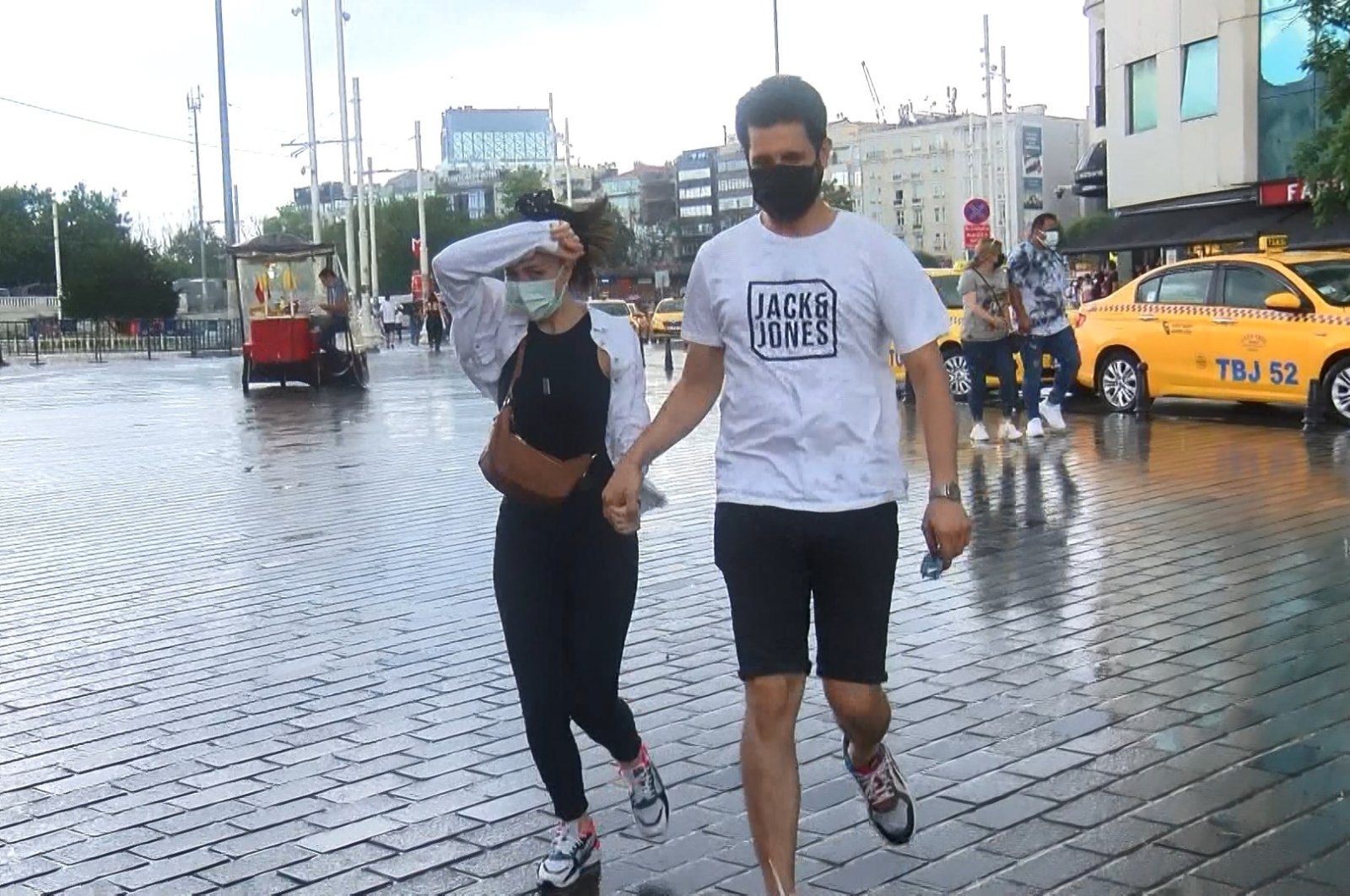 As Turkey battles the COVID-19 pandemic with a fast vaccination campaign, a Coronavirus Scientific Advisory Board member sees the light at the end of the tunnel

If the number of daily cases drops below 1,000, we will be able to take off our face masks and keep them in our pockets, Coronavirus Scientific Advisory Board member professor Mustafa Necmi Ilhan said in a statement on Sunday.

“We will have to be cautious for some more time as the coronavirus exists,” he said, underlining that proper hygiene and social distancing must still be observed.

“After the number of daily cases drops below 1,000, we may keep our masks in our pockets and put them on if we get on a crowded metro or enter a shopping mall,” Ilhan added.

The professor also emphasized that Turkey’s ongoing mass vaccination campaign is the first and foremost reason for the fact that the number of daily cases has been around 5,000 for quite some time and has not spiked.

“The number of citizens that have had their second dose of COVID-19 vaccine has hit 16 million, which indicates that a quarter of the targeted population has been inoculated. If the number of people with two doses of vaccine administered hits 50 million, I believe we will then be able to drop below 1,000 infections,” he said.

Delta plus variant in Turkey

Professor Ilhan also underlined that there is no COVID-19 variant anywhere in the world that is known to have a higher mortality rate.

“According to information from many countries around the world, people infected with the delta variant do not have a higher mortality rate compared to the death toll we see in people with not infected with delta strain,” he said.

“The way the virus spreads hasn’t changed, it still loves crowded environments and close distances,” Ilhan underlined, urging the citizens to continue abiding by the rules of hygiene, social distancing and wearing masks.

The professor also stated that there should be no discrimination between vaccinated and non-vaccinated people.

“It is not right to discriminate people as ‘vaccinated’ and ‘non-vaccinated,’ this is my own view,” he said.

“But what we have to do is to convince and invite people to be vaccinated,” Ilhan added.

“The president, ministers, political party leaders and many other people have been vaccinated so far and everybody is in a joint struggle,” the professor underlined.

“Everybody needs to be vaccinated for all of us to return to our normal lives.”

Turkey has administered more than 56 million doses of COVID-19 vaccines since its inoculation campaign began in January 2021.

As of Friday, more than 16 million people have had both doses.

The daily number of doses administered occasionally reaches over one million as the country hopes to achieve mass immunity before the end of summer.

Since last month, the campaign, which first covered health care workers and senior citizens, has been open for all citizens and legal residents aged 18 and above.

Health Minister Fahrettin Koca said recently that health care workers and people aged 50 and above will be eligible for a third dose of a coronavirus vaccine in Turkey.

"Our people and health workers will be able to choose any vaccine they want regardless of what they received in the previous two doses," Koca said in a virtual press conference following a meeting with the country's Coronavirus Scientific Advisory Board.

The minister also announced several changes to Turkey's vaccination campaign, including shortening the period between doses and how soon a person who tested positive for COVID-19 can receive a jab.

"People who have tested positive for COVID-19 had to wait six months to become eligible for a vaccine. That period has now been shortened to three months," Koca said.

"Following new scientific findings, the time period between the two doses of Pfizer/BioNTech vaccine has been reduced from six weeks to four weeks," he added.

Koca's latest announcement comes amid significant recent momentum in Turkey's vaccination campaign. After suffering a slowdown in vaccination figures due to unexpected delays in shipments of doses, Turkey has dramatically increased the reach and the speed of the campaign.

“Our vaccination campaign is being carried out in full force to make sure each and every one of our citizens receives a vaccine. We are one of the world’s leading countries with the number of daily doses administered exceeding one million,” Koca said.

According to Health Ministry data, Turkey has administered more than 49 million doses so far. More than 15 million people have received both of their shots.

Following an increase in vaccination rates, the country recorded a significant decline in daily cases, from as high as 60,000 in April to around 5,000 nowadays. In light of the decrease, the government has decided to lift most restrictions, including daily curfews and weekend lockdowns.

Speaking about the importance of being vaccinated, Koca said the jabs were humankind's current best bet to fight the pandemic, especially when the coronavirus variants are threatening to undo the progress of the global vaccination process.

Turkey uses the inactive vaccine developed by China’s Sinovac as well as Pfizer-BioNTech’s messenger RNA (mRNA) vaccine. A deal was also made with Russia for imports of the Sputnik V vaccine and locally made vaccines are expected to be available later this year.

An inactive coronavirus vaccine began Phase 3 trials recently at a ceremony attended by President Recep Tayyip Erdoğan. The first volunteers were injected with the jab, which was named “Turkovac” by Erdoğan.

The vaccine is being developed in cooperation with Erciyes University and the Health Institutes of Turkey. It was tentatively named Erucov-Vac, after the name of the university. It is expected to be the first locally-made vaccine to be available in the country if it receives approval from Health Ministry after safety tests. Earlier, authorities announced that it may be available before the end of 2021.

Speaking in a videocall to officials, including Health Minister Fahrettin Koca, at the ceremony held at the vaccine application center at Ankara City Hospital, Erdoğan said the locally-made vaccine was “critical” to saving Turkey from the threat of a pandemic. “This is the last stage to have our own vaccine. I hope the vaccine will start mass production and have widespread use soon. I call upon our citizens to get vaccinated as soon as possible to protect themselves and their loved ones from this (pandemic),” Erdoğan said.

The president said they aimed to vaccinate the entire population age 18 and above within a few weeks and lift more restrictions with new "progress in the fight against the pandemic and through vaccination."

The vaccine will be tried on thousands of volunteers and experts say the whole process can be concluded by November. If its approval is fast-tracked, it will be fully available for the Turkish public by the start of next year. The trials will be held in more than two dozen centers across Turkey. The country also plans to export the vaccine once it is approved.