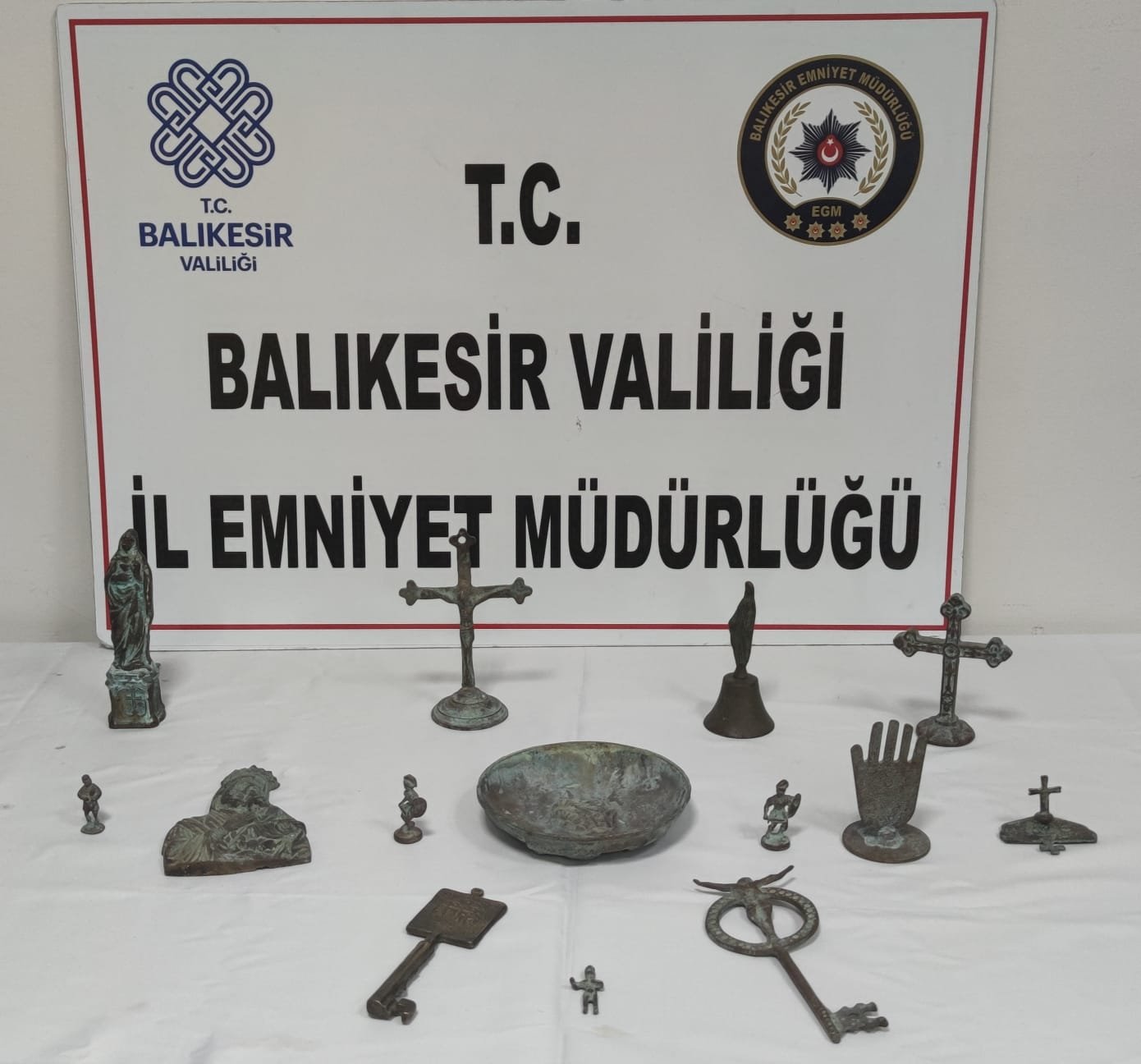 Nearly 90 artifacts dating to the Roman era were seized early Saturday by security forces in Turkey's northwestern province of Balıkesir.

A statement by the governorate said the gendarmerie command of Ayvalık confirmed that a suspect intended to sell multiple objects of historical value.

An operation at the suspect's residence found 87 metallic coins and two other objects belonging to the Roman era.

Forces seized the historical objects and initiated legal action against the suspect. This was simply the latest in a series of successful anti-smuggling operations carried out over the past several months.

In December, Turkish authorities seized an important historical artifact in an operation conducted in the central Turkish city of Çorum near the capital Ankara. The gold-plated chest and a gold coin recovered during the operation were initially believed to belong to the Prophet Solomon, who is known as King Solomon in Christianity and Judaism, an important religious and historical figure.

The Provincial Security Directorate Anti-Smuggling and Organized Crime Branch launched a technical and physical investigation following reports that someone was attempting to sell the historical artifacts obtained illegally, a written statement by the local governor's office said.

The vehicle belonging to the suspect, who had been monitored for some time, was stopped in the city center by authorities. During the search of the vehicle, a gold-plated chest and a gold coin were seized.

The suspect was taken into custody.

In the examination made by Çorum Museum Directorate experts, the two items were determined to be part of the 11 pieces of historical artifacts previously found in Amasya in 2017 that were initially thought to belong to the Prophet Solomon and also contain the Seal of Solomon. However, when dated, it was determined that the artifacts in fact belonged to the Roman period, which is quite sometime after the period King Solomon was believed to be alive.

In October, security forces seized 46 objects considered to be historical artifacts in eastern Turkey's Malatya province and one suspect was detained, according to a statement made by the Governor's Office.

According to the statement, the Provincial Gendarmerie Command and Darende District Gendarmerie Command teams acted upon a report that a suspect from the Gürün district of Sivas would bring the artifacts to sell in the Darende district of Malatya. The teams organizing the operation seized 33 silver coins, five silver rings, four crosses, two animal figures, one seal and several silver bracelets. The artifacts were handed over to the Museum Directorate.

In September, police had also seized 86 artifacts in Istanbul. Those 86 historical artifacts were seized upon a tip-off in an operation conducted in Istanbul’s Kağıthane and Beyoğlu districts.

Hundreds of anti-smuggling operations are carried out across Turkey every year to halt the illegal sale of historical objects and protect the country's rich cultural heritage. This issue is crucial to a country home to about 3,000 ancient cities from 42 civilizations and whose tourism industry relies on its rich historical heritage to attract millions of foreign visitors each year.