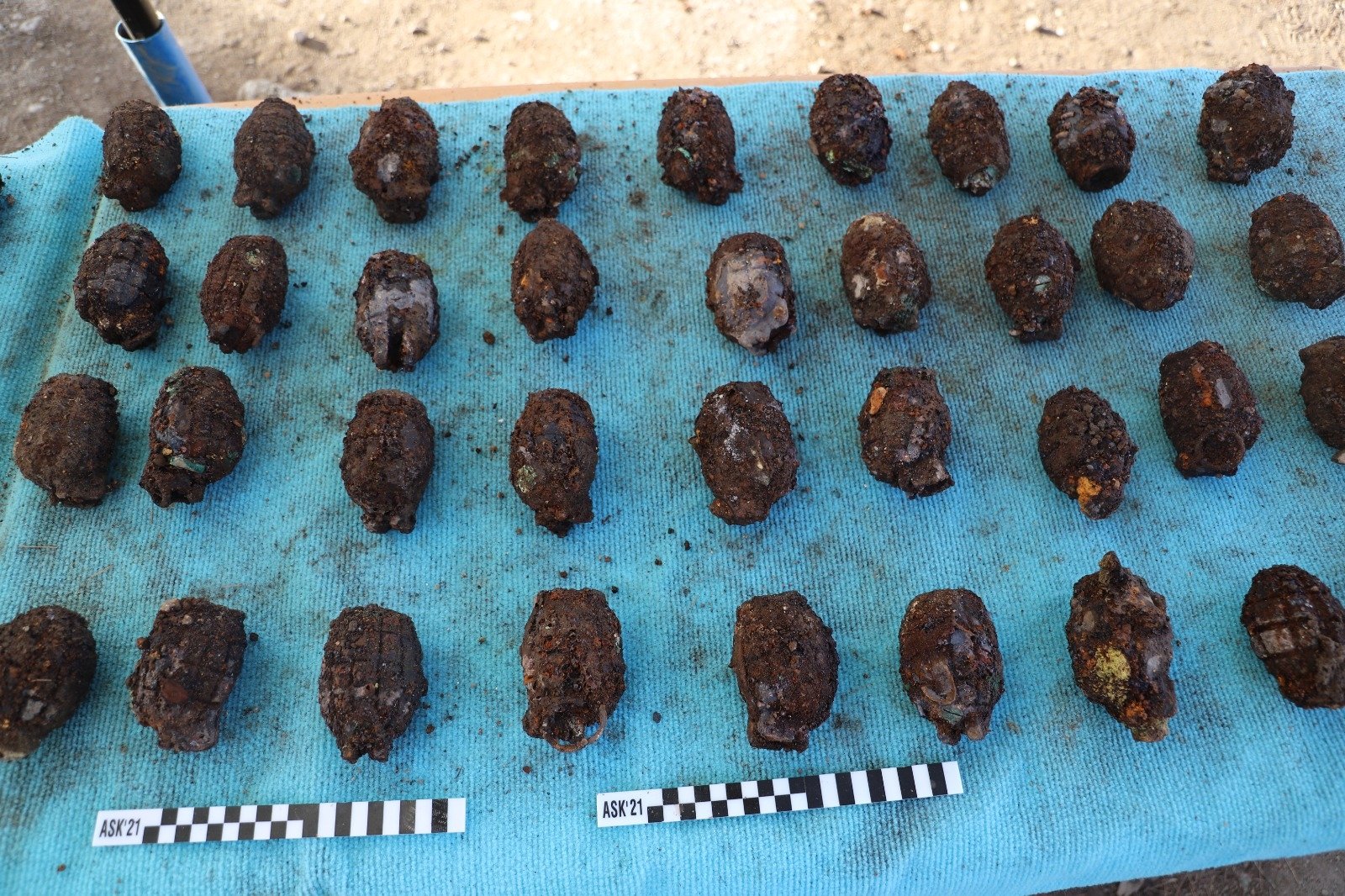 A total of 782 hand grenades dating back to World War I were found in excavations in southeastern Turkey’s Diyarbakır. The excavations are taking place in Amida Mound in Diyarbakır’s Sur district, one of the most popular locations in the city.

The excavations led by Dicle University’s professor Irfan Yıldız in collaboration with the Ministry of Culture and Tourism continue on Amida Mound, which hosted many civilizations including the Hurri-Mitannis, Urartians, Persians, Romans, Umayyads, Abbasids, Merwanids, Seljuks and Artuqids.

“The entire ammunition was revealed after a two-day-long excavation. It was found that the munitions were hand grenades and they were used by both the Ottoman Empire and the Allied Powers. 640 Ottoman Gunman-type, 48 British Mill-M5 defense-type, 90 German-origin, three German M-24 type and one Ottoman bombardier type hand grenades were discovered,” he explained.

“The hand grenades were handed over to the police force for further examination. Following the examination, the ones that can be emptied will be delivered to us to be displayed in museums, others will be destroyed,” Yıldız said.

“Munitions were buried inside a wall 1 meters and 10 cm (40 inches) deep in the ground. Its surface was covered with rocks,” Yıldız added.

The professor noted that the province was home to the 13th Army Corps during the war and was an important location back then. “We think that the munitions buried here were hidden from the Allied Powers following the Mondros (Mudros) Armistice Agreement, which mandated the handing over of all firearms and weaponry,” Yıldız added.

“These grenades were probably hidden to be used in Turkey's War of Independence. Those who hid them either have died or these munitions were forgotten due to some other reason,” he said.