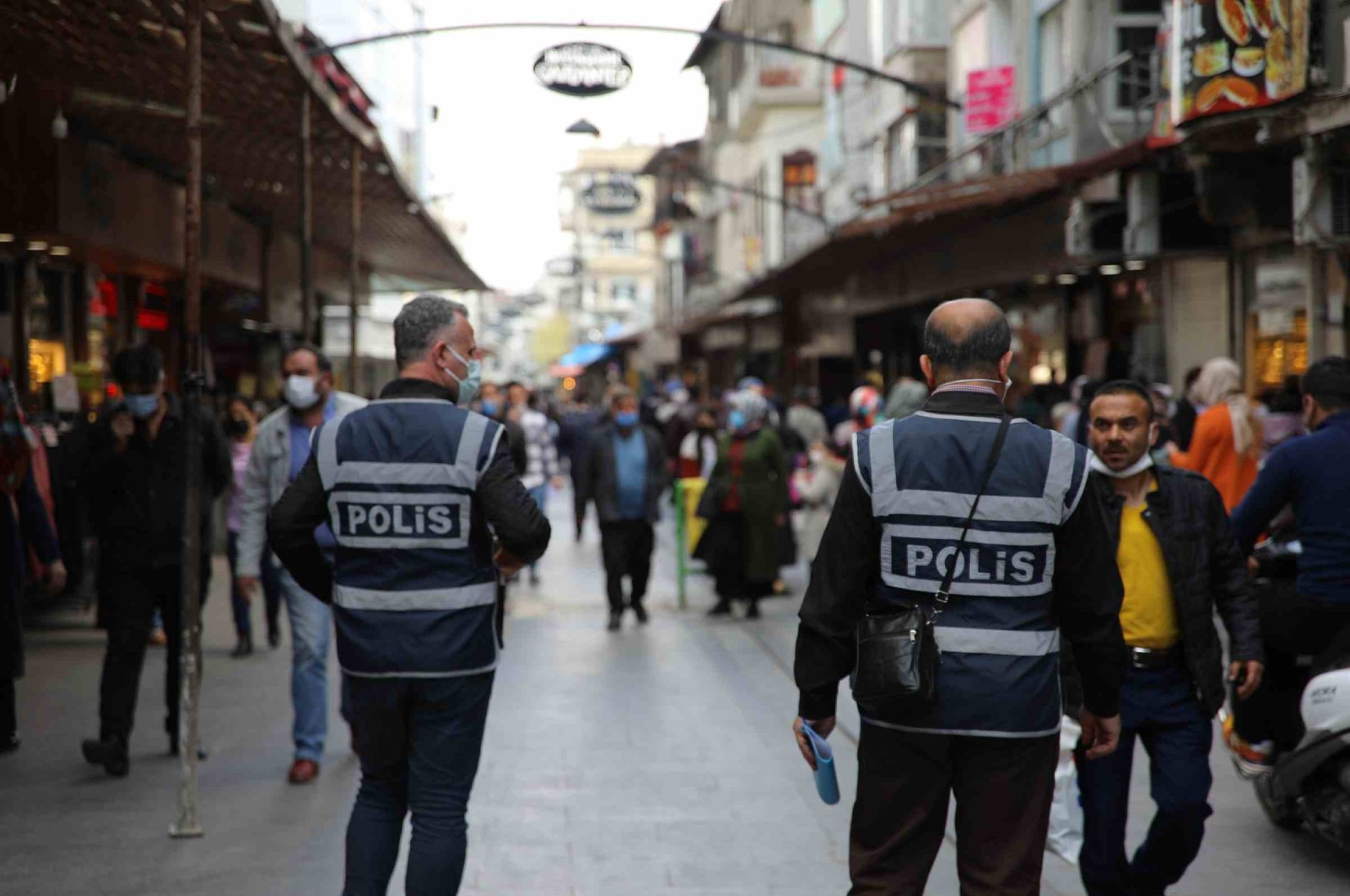 April 10 is the 176th anniversary of the establishment of the Turkish National Police, a date which will be celebrated by thousands of police officers fighting the coronavirus pandemic by enforcing the rules to curb it

As cities are turned into semi “ghost towns” at night and on the weekends during curfews aimed at stemming the COVID-19 pandemic, police officers are among the few out patrolling the streets. When crowds swell on the streets, in violation of social distancing, they are there again. For the elderly people confined to their homes due to the risk of infection, officers are there to give them a lifeline, deliver their groceries, bread or whatever they need. Along with health care staff, police officers found themselves in the middle of the relentless fight against the devastating pandemic.

On April 10, the police will mark their 176th anniversary, which dates back to Ottoman times. Most of the force's 328,963 staff will be patrolling the streets on that day to ensure the curfews are not violated.

As authorities tapped into whatever human resource they could access to address the problems the pandemic created, police officers were always at the center of the fight. Thanks to their constant patrols, the authorities managed to successfully implement curfews. Along with their routine patrols, the police regularly conduct raids on venues where coronavirus rules are broken, like nightclubs secretly operating despite the bans and coffeehouses turned into secret gambling dens, defying social distancing measures and restrictions on opening. They are also out enforcing quarantine rules for neighborhoods, buildings and other places where clusters of cases force quarantine, all across the country. The police are authorized to issue fines to those violating social distancing and not wearing mandatory masks. They often have to work in close quarters with people, especially when handling COVID-19 positive patients who are caught breaking the quarantine rules. In open-air marketplaces, they are tasked with enforcing social distancing and checking the body temperatures of shoppers to identify and prevent infections.

Officers also play an active role in Vefa Social Support Groups, crews of volunteers which were formed by the government after the pandemic began. The groups cater to elderly citizens and those with chronic illnesses who are confined to their homes as they are at high risk of infection. Officers are part of the crews going door-to-door to check up on the elderly and fulfill their requests, primarily shopping for them or delivering medication to the ill.

The Turkish National Police can trace their roots to an 1845 decree which paved the way for the foundation of a police organization in Istanbul, then the capital of the Ottoman Empire. The decree drafted the framework of police duties. The organization was further modernized and improved with new regulations. In 1879, a ministry that basically fulfilled the duties of the modern police was established. In 1909, the General Directorate of Security (the official name of Turkish National Police today) was established as a subsidiary of the Interior Ministry. Through a set of regulations in the following years, a nationwide law enforcement agency was founded. In the early years of the Republic of Turkey, the directorate established new branches which were modernized. Today, it constitutes one of the two main law enforcement institutions of the country, along with the gendarmerie whose authority is mostly confined to rural areas.