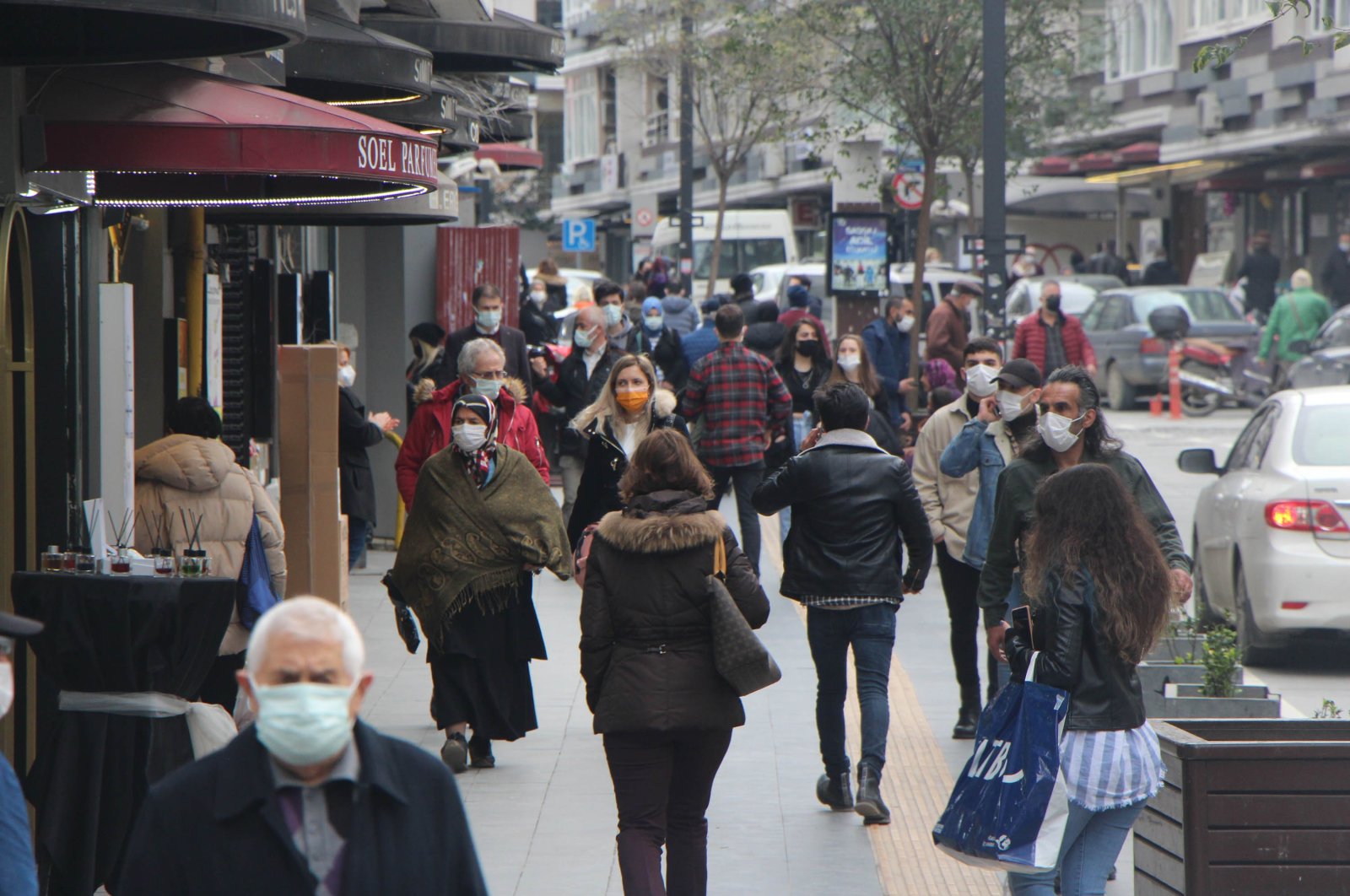 The low number of cases requiring intensive care despite the high number of infections in Turkey has the nation questioning whether the COVID-19 outbreak has lost its intensity, a phenomenon attributed to the U.K. variant

While the outlook may seem dire given the steady climb of daily cases, figures show that there seem to be fewer severely ill COVID-19 patients. The former is linked to the U.K. variant taking hold of the country and according to experts, the latter could stem from the same source. Although alarmed by the sudden surge in cases, experts to the relatively low number of intensive care cases compared to earlier waves of the virus in the country.

The next two weeks will be critical in discerning whether the pandemic has lost its momentum and whether the situation can be brought under control as Turkey did last year by implementing tight restrictions.

The impact of the U.K. is visible, contributing to a roughly 5% daily rise in case numbers. It is expected that the current number of daily infections, which fluctuates around 40,000, will exceed 50,000 in the coming days. But one fact provides hope: Only 70 in every 1,000 people battling the disease are admitted to intensive care – a far lower figure than during the second wave of the outbreak in 2020.

Intensive care units of hospitals across the country are still treating a high number of patients but half suffer from other diseases, which is linked to a rise in patients seeking treatment for diseases since the country initiated a normalization process.

The number of patients intubated due to the coronavirus is also low and is usually required by geriatric patients. However, a large number of people aged 65 and above have been inoculated in the past three months, lowering the coronavirus risk among the elderly.

Another question to be answered is whether a new variant exclusive to Turkey has surfaced. Studies looking into the issue are still underway. The country, in the meantime, is depending on the holy month of Ramadan, the Muslim month of fasting which will begin on Tuesday, hoping for a steady drop in the number of new cases. Combined with new restrictions, including reinstated weekend curfews, a slowdown in daily life during the month will likely help cases plateau, and later, drop. Social mobility is relatively lower during Ramadan, except for a holiday marking its end. As a precaution, the government has limited operations of restaurants, which usually brim with customers in Ramadan evenings where the faithful have iftar dinners to break their fast. The ongoing vaccination drive, which has now reached more than 17.4 million shots Tuesday, is also anticipated to further decrease the number of cases.

Yet, concerns remain on "household infections" which, along with the variant, is blamed for the majority of cases. Experts say get-togethers between relatives and neighbors in each other's homes contribute to the dramatic rise in cases.

Professor Mustafa Necmi Ilhan, a member of the Health Ministry's Coronavirus Scientific Advisory Board, says active COVID-19 cases are now more prevalent among the younger generation. Health Minister Fahrettin Koca had recently announced that people aged 65 and above make up only 11.3% of total cases now. Ilhan says senior citizens represent the majority of people who have been inoculated and are less mobile. "People with high mobility have a higher risk of infection. Add the variant to this and you have a higher number of cases," he told Demirören News Agency (DHA) Tuesday.

Ilhan said the rise in the number of cases was not exclusive to Turkey and was also seen in Europe. "As long as the mobility continues and people come together (without social distancing), either at home or in public spaces, it will inevitably lead to a rise," he said.

He underlined that though the common perception nowadays was that the virus was "more infectious" for the youth, this view was partially wrong. "We have people above 65 vaccinated and people above 60 are still being inoculated. Senior citizens suffer only from mild cases even if they are infected after vaccination. It is true that the virus is more prevalent among the younger people, those between 20 and 60 but this is only because of mass vaccination of older people. Those elderly people also spend more time at home compared to younger citizens," he said.

Ilhan stated that it was inevitable that young people would be infected with variants, linking it to their mobility. "The higher the mobility, the higher the risk is. The same applies to spending more time in enclosed spaces with little ventilation. Variants spread faster and infect faster," he said.

On what can be done, he said that the public should continue to adhere to the current rules and restrictions, namely wearing protective masks, social distancing – at least 1.5 meters – and practicing good hygiene. He noted that wearing "double masks" could help but what really mattered was wearing one mask properly, rather than wearing two improperly on top of one another.

"You can wear two masks at once if you are in mass transit or in a crowded supermarket. You also need to ventilate the indoors better. We have summer ahead of us and we should be more careful about proper ventilation, whether at home, in the offices or at any other place," he warned.