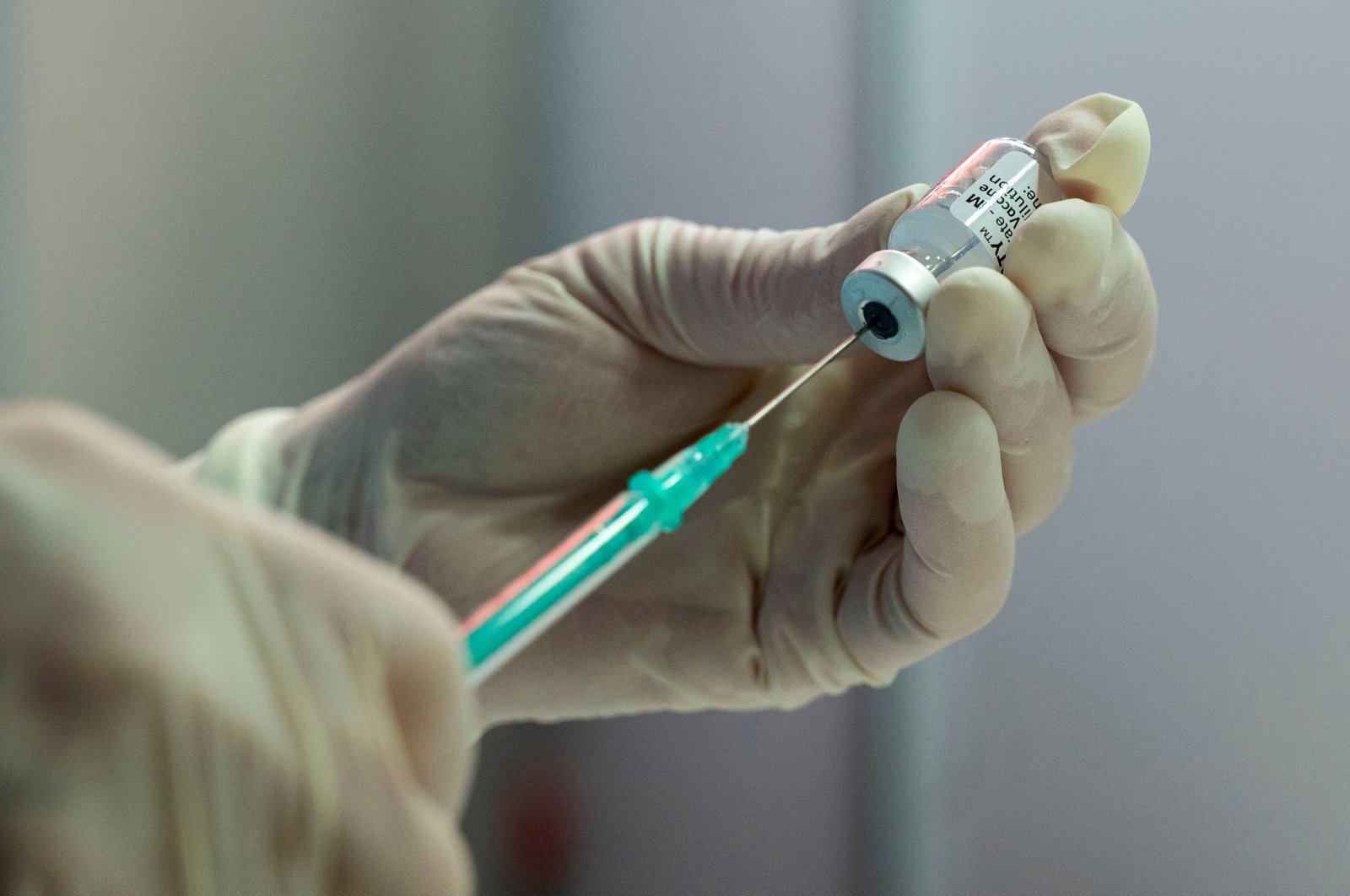 A nurse fills a syringe with the Pfizer Biontech vaccine at the vaccination center of German speciality chemicals company Evonik in Hanau, western Germany, on Mai 19, 2021, amid the ongoing coronavirus pandemic. (AFP Photo)
by Daily Sabah May 20, 2021 7:18 pm
RECOMMENDED

The scientist said in the call that they will bring 120 million doses of COVID-19 vaccine by the end of September.

"We will work day and night to send vaccines to Turkey on time," Şahin, who hails from a Turkish family that immigrated to Germany, added during the videoconference.

Stressing that he was "proud" as a Turk when he heard about the vaccination work in Turkey, Şahin said they want to both produce vaccines and do research and development in Turkey.

Underlining that they tried the vaccine on more than 30 virus variants, Şahin said it also works against mutations.

"We also tested the Indian mutation this week. Our vaccine has 25-30% efficiency against the Indian variant. We expect 70-75% protection from infection," he said.

Stressing that high antibodies are achieved after the first dose of BioNTech vaccine in those who are infected, Şahin said that this antibody level is the same as people who were not infected and got two vaccine doses.

He suggested that third doses should be given in 2022, six to nine months after second doses.

Koca also noted that the ministry expects the Turkish population to have developed public immunity against the virus before September with the help of the incoming doses. The health minister added that they had invited Şahin to Turkey at the beginning of June.

With the declining coronavirus cases thanks to a strict lockdown in Turkey, the country has entered a 15-day period of gradual lifting of restrictions as of early Monday.

The 17-day full lockdown, which covered the remainder of the Muslim holy month of Ramadan, as well as three days of Ramadan Bayram, also known as Eid al-Fitr, ended as of 5 a.m. local time on Monday.

Turkey on Thursday saw fewer than 10,000 new COVID-19 daily cases for the first time since March 1, Koca also announced, marking a key milestone in the country's fight against coronavirus.

Koca said the number of daily cases fell below 10,000 after the 17-day lockdown.

He stressed that Turkey has the potential to vaccinate more than 1.5 million people per day.

Koca added that Turkey could start Phase 3 studies of its domestic COVID-19 vaccine at the beginning of June.

If the studies conclude successfully, national vaccines may be used with emergency use approval by September, Koca added.

Turkey will continue vaccinating people gradually, going down to age 20 in June if there is no problem with vaccine supplies, he added.

Turkey will continue its fight against the pandemic with widespread vaccination and personal precautions such as wearing masks and maintaining social distance, he said.