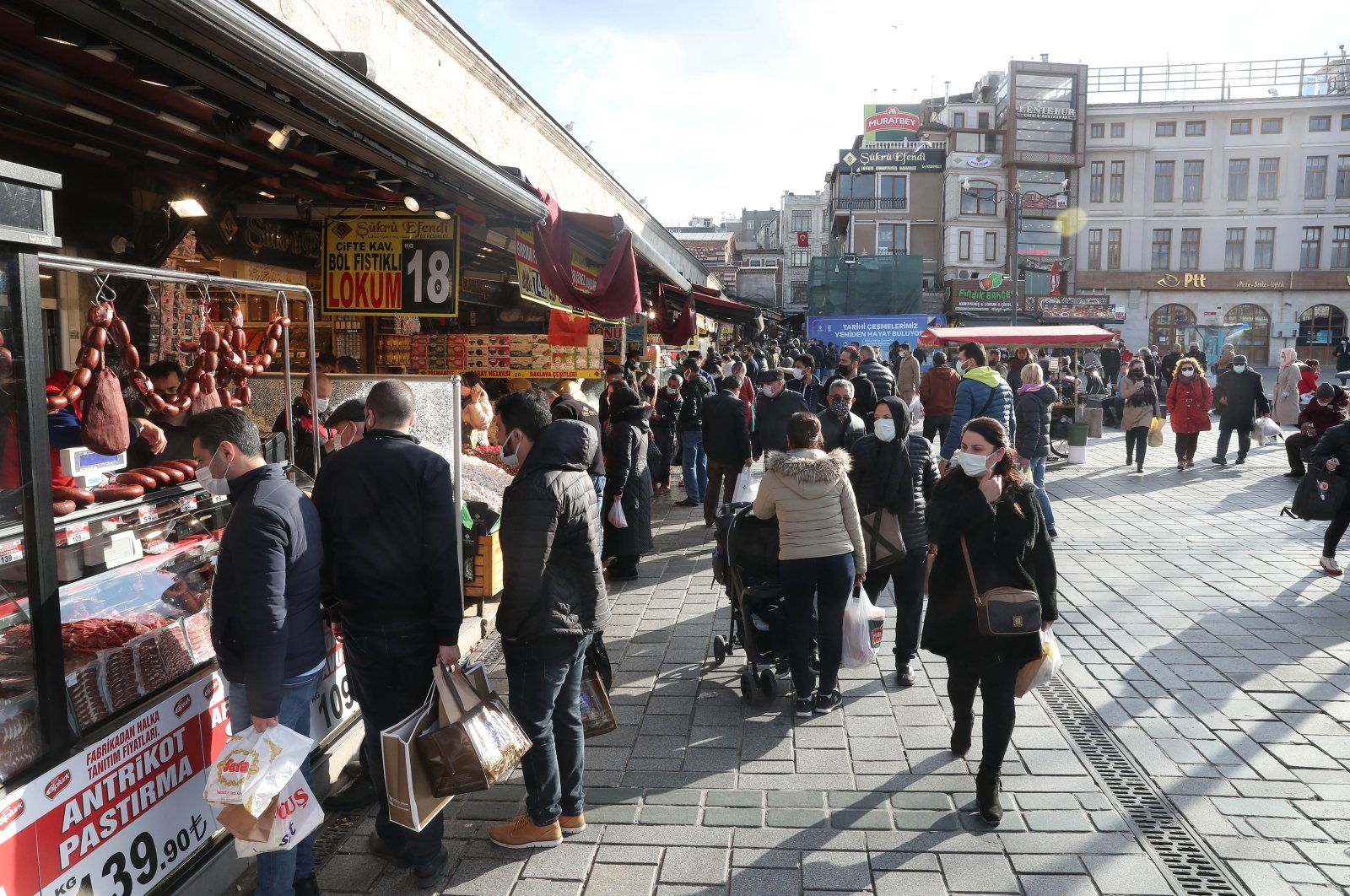 Hoping to see off spring with a drop in coronavirus cases, Turkey begins the Muslim fasting month of Ramadan Tuesday with new measures against the pandemic that aims to prevent crowding

The number of daily cases rarely drops nowadays in the country but authorities expect a string of measures, coupled with less mobility during the holy month of Ramadan, a fasting month for millions of Muslims in Turkey, may curb the coronavirus pandemic.

Ramadan, which will start Tuesday, will not be different from last year, when people shunned going out for elaborate iftar dinners to break their fast. A new set of regulations, issued by the Interior Ministry on Monday, targets any possible occasion for crowding, a serious risk for infections.

Gone are the mass street dinners where people traditionally come together, under new rules for 81 provinces. The Interior Ministry also instructed provincial governorates to ban bakeries from making pide, a flatbread, typically consumed during Ramadan, one hour before iftar time. Thus, authorities seek to ensure social distancing by preventing crowds outside bakeries, a common sight minutes before every iftar as the public rushes to grab a hot pide for dinner. Sales will be allowed until dinnertime, though.

The public will also be warned not to host sahur dinners, a pre-dawn meal before starting the fast at home, as the majority of cases in the country is either blamed on household get-togethers and/or new variants.

The country already has weekend curfews and nighttime curfews during weekdays in place. Saturday curfews were briefly lifted before the government implemented them again upon a rise in infections. Currently, citizens are allowed only to go out for shopping during a 56-hour lockdown that starts at 9 p.m. every Friday and ends at 5 a.m. Monday. For Ramadan, when restaurants brim with customers during iftar times, businesses have been ordered to only serve home delivery.

As a special measure for Ramadan, authorities also closed mosques to tarawih prayers, a collective prayer performed every evening throughout the month. The public is also cautioned not to perform the prayers in groups at home.

The governorates are also ordered to coordinate with local municipalities to take measures to prevent traffic jams, another common sight in Ramadan evenings, before iftar time. Also, the number of mass transit vehicles will be increased.

Overall, it will be a muted Ramadan for the faithful, with traditions changed or scaled back. Drummers, a staple of the month, are the only people spared from the impact of the pandemic. Similar to 2020, they will be back on the street to carry on the tradition of waking people up for sahur.

In Istanbul alone, the country’s most crowded city, 3,200 drummers will pace the streets every night. Selami Aykut, who heads an association of mukhtars (neighborhood headmen), told Anadolu Agency (AA) Monday that drummers would follow the coronavirus rules and would not come too close to people. Tipping of drummers, another tradition, will be scaled back. “People can hand tips from their window, instead of door-to-door visits by drummers,” he said.

The Health Ministry’s Coronavirus Scientific Advisory Board is set to convene Monday evening. Their recommendations, if they issue any, will guide the government to impose new restrictions, when the Cabinet convenes later this week. Some experts call for a full lockdown to decrease the number of cases but others argue that it may cripple the economy that was already dealt a blow by the pandemic.

President Recep Tayyip Erdoğan was recently quoted as saying that they plan to give the country “a rest” before Ramadan Bayram (Eid al-Fitr) that marks the end of Ramadan and an occasion with high mobility, with people traveling to vacation resorts or their hometowns.

Concerns remain high for a “third wave” in infections that currently fluctuate at around 50,000 daily. Health Minister Fahrettin Koca told the Hürriyet newspaper last week that speeding up the vaccination drive would address the problem and they wanted to have all citizens above the age of 20 vaccinated by July. So far, more than 18 million doses have been administered and the number of people who received second doses has reached 7.6 million.

Yet, misconceptions toward vaccinations appear to prevail in the country. Some 25% of people who are eligible for inoculation have not received their jabs yet, according to media reports. Authorities say even those who were administered their doses carry misconceptions, particularly the false belief that the vaccination would protect them permanently and they are free to disregard rules such as mandatory masks and social distancing. Though no concrete figures are available, some infections stemmed from vaccinated people who ignored the rules.

Currently, people at the age of 60 and above are eligible for vaccination. People in older age groups were mostly vaccinated since the start of the drive in January. Professor Kemalettin Aydın, an infectious diseases expert at the Health Sciences University in the capital Ankara, told Demirören News Agency (DHA) Monday that seeing only 75% of eligible people having their jabs was “worrying.” “The state mobilized all its resources and people who cannot go to hospitals and clinics due to their old age are vaccinated at their homes. Still, vaccine aversion is a problem,” he said.

Aydın said Turkey still ranked sixth in the world in terms of vaccination rates, “This is a great advantage but we need to sustain it.” Aydın indicated the rate of positive tests nationwide was 15%, except for minor deviations from that figure in some provinces. He said the age of hospitalized patients also decreased and most of the patients were now those between the ages of 50 and 60.

“Mass vaccination paid off. Even if they are infected, vaccinated people recover from the infection with less severe symptoms,” he said.