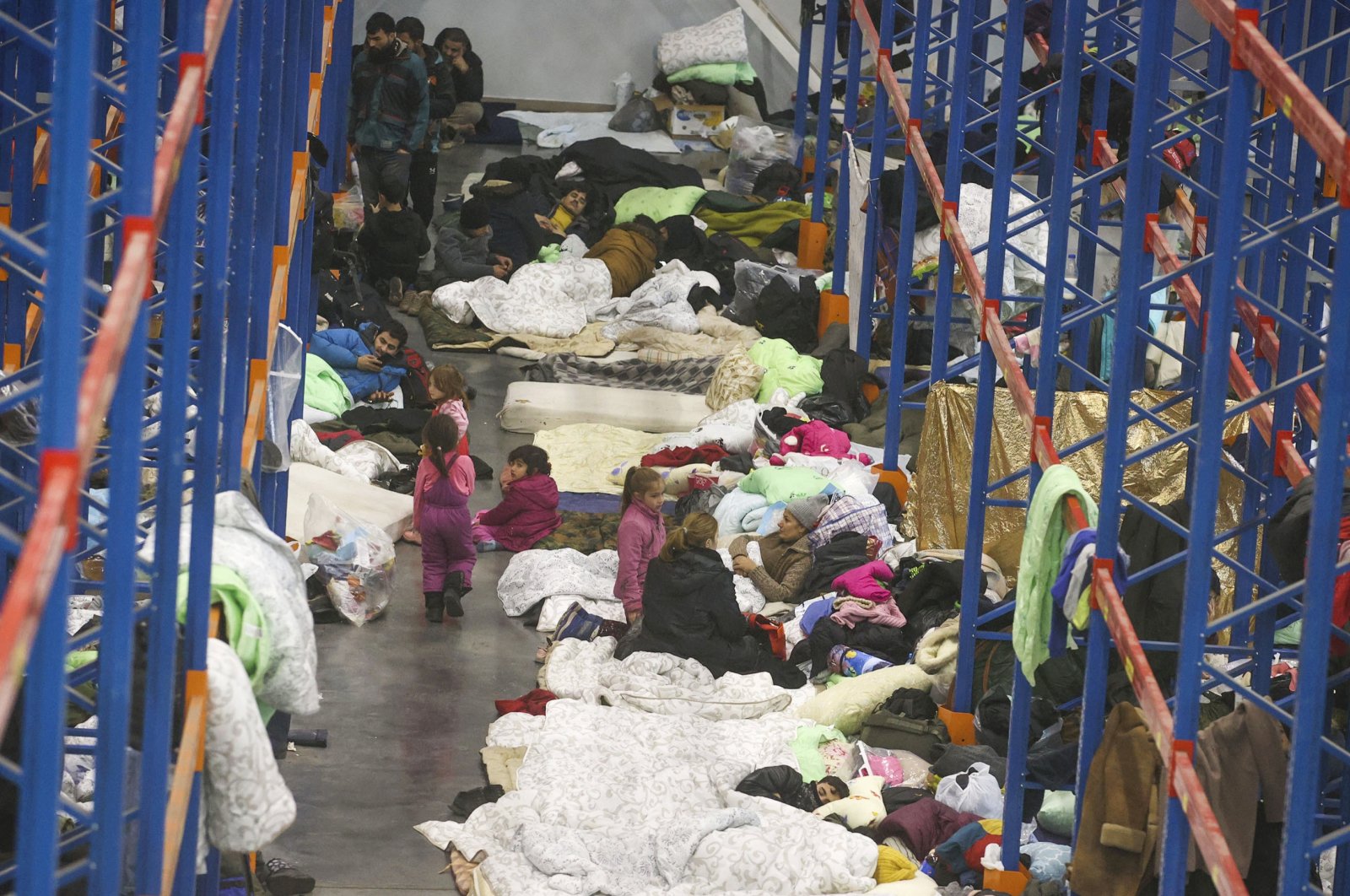 Migrants settle for the night in the logistics center in the checkpoint "Kuznitsa" at the Belarus-Poland border near Grodno, Belarus, Nov. 18, 2021. (AP Photo)
by DAILY SABAH WITH AGENCIES Nov 18, 2021 7:16 pm
RECOMMENDED

Speaking at a meeting with volunteers and representatives in Edirne province, Kınık said the 153-year-old aid agency aims to protect human dignity, ease pain and support them to live a decent life.

Referring to the 2020 migrant crisis on the Edirne border, Kınık said the Turkish Red Crescent has alleviated many problems, preventing a greater humanitarian crisis on the border with Greece and can facilitate its experience elsewhere.

He noted that he has spoken with Red Cross authorities in Belarus and told them that they are ready to provide assistance.

“Even though the number is just 10% of the irregular migrants in Edirne, there is a greater humanitarian crisis and tragedy,” he said, adding that people on the Belarus-Poland border are unable to meet their fundamental humanitarian needs.

The Turkish Red Crescent has prepared necessary humanitarian assistance supplies, and is currently waiting for permission of relevant authorities, according to Kınık.

Thousands of migrants have traveled to Belarus in the hope of crossing into the European Union, only to find themselves trapped on the border in freezing conditions.

The EU accuses Minsk of orchestrating the crisis to put pressure on the bloc over sanctions, but Belarus has repeatedly denied this. Some countries in the region have warned the stand-off could escalate into a military conflict.

The measures "have reduced the trips by Iraqis (to Belarus) but the problem is that some are now taking indirect flights, passing through Turkey, Qatar, the UAE and Egypt," Iraqi foreign ministry spokesperson Ahmed al-Sahaf said.

On Friday, Turkey banned citizens of Syria, Iraq and Yemen from flying from its airports to Belarus, while private Syrian carrier Cham Wings Airlines on Saturday halted flights to Minsk.

Poland currently has an emergency law in place for the border region which says a person who enters the country illegally must leave Polish territory; it also restricts civil rights and bans demonstrations in the zone.

Asylum applications submitted by a person detained for illegal entry can be suspended or not examined, according to the law.

The law also means government statements about the situation at the border cannot be independently assessed, as journalists and aid groups have been barred from the area.