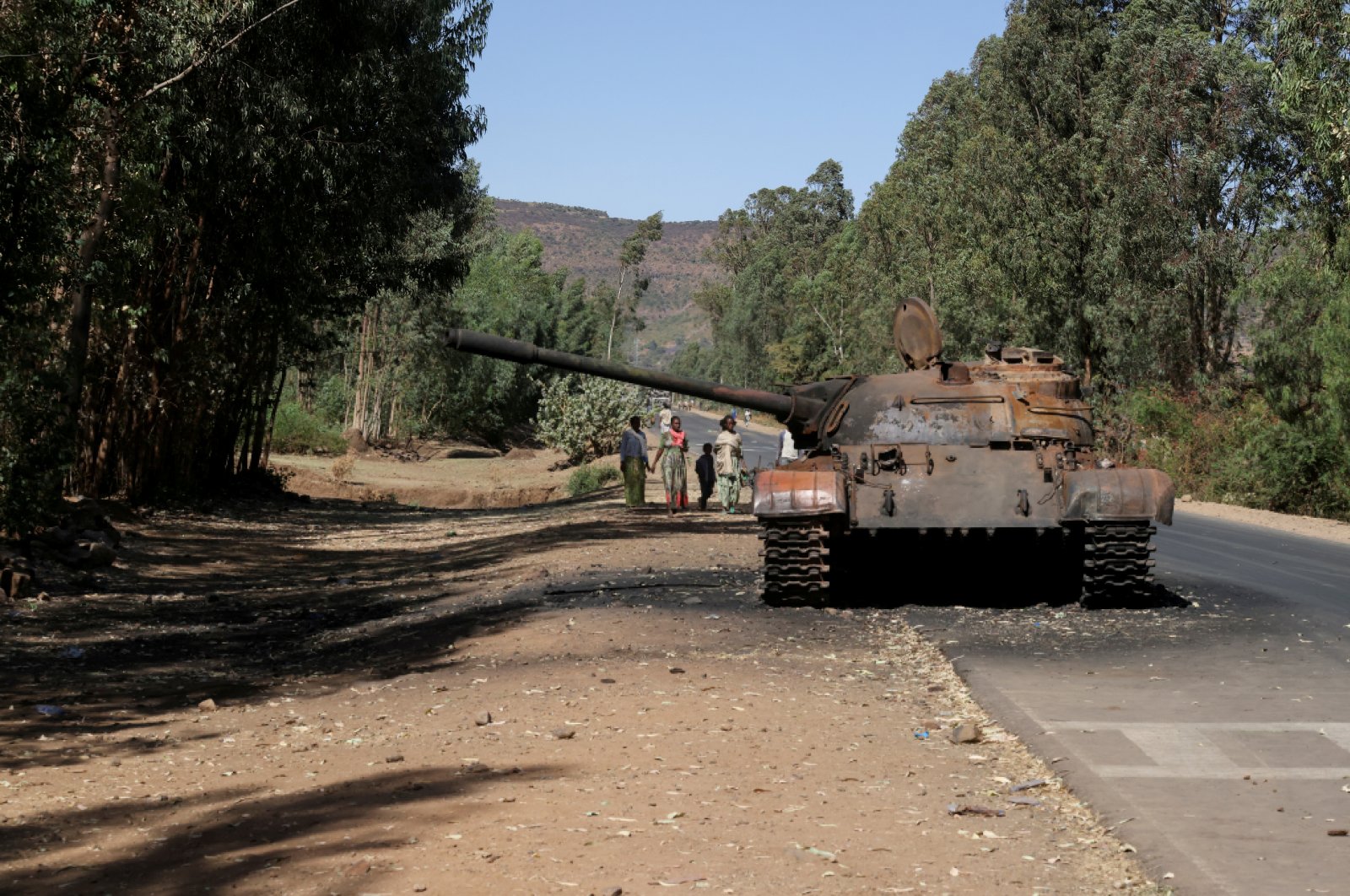 Eritrean forces have started withdrawing from Ethiopia’s Tigray region in the north after the country's leader Abiy Ahmed acknowledged the presence of troops in the conflict-torn region, and announced that Eritrea will pull out its forces amid international pressure.

The United States, Germany, France and other G7 countries called on Friday for a swift, unconditional and verifiable withdrawal of Eritrean soldiers, followed by a political process acceptable to all Ethiopians. In a rejoinder issued late Saturday through the Foreign Ministry, Ethiopia said that the G7 foreign ministers' statement had not acknowledged key steps taken to address the needs of the region.

"The Eritrean troops who had crossed the border when provoked by the TPLF have now started to evacuate and the Ethiopian National Defense Force has taken over guarding the national border," it said in a statement, referring to the Tigray People's Liberation Front (TPLF).

Electricity and phone connections to Tigray have been down for the past four days, making it difficult to verify any Eritrean withdrawal. Reuters journalists in Tigray last month saw Eritrean soldiers in major towns and main roads, far beyond the border area.

For months, Eritrea and Ethiopia denied the presence of Eritrean troops despite dozens of eyewitness accounts. On March 23, Abiy acknowledged their presence following rising international pressure.

Eritrea has still not acknowledged its soldiers are in Ethiopia. Fighting erupted in Tigray in early November after forces loyal to the then-governing party there – the TPLF – attacked army bases across the region. In late November, the TPLF withdrew from the regional capital Mekelle and the Ethiopian government declared victory.

Thousands of people were killed in the conflict, hundreds of thousands have been forced from their homes and there are shortages of food, water and medicine in the region.

The government says most fighting has ceased but there are still isolated incidents of shooting. The United Nations Office for the Coordination of Humanitarian Affairs (OCHA) said this week there were "clashes and ambushes reported in most parts of the region."

Last month, an aid organization also witnessed the aftermath of an ambush on a military convoy and extrajudicial executions of civilians immediately afterward on a main road. The Foreign Ministry said full access to the region has now been granted to humanitarian organizations.

OCHA said on its website, "In parts of Southern and South Eastern Tigray, for example, access has been curtailed for over a month and the road from Alamata to Mekelle remains closed, blocking humanitarian operations in the area."