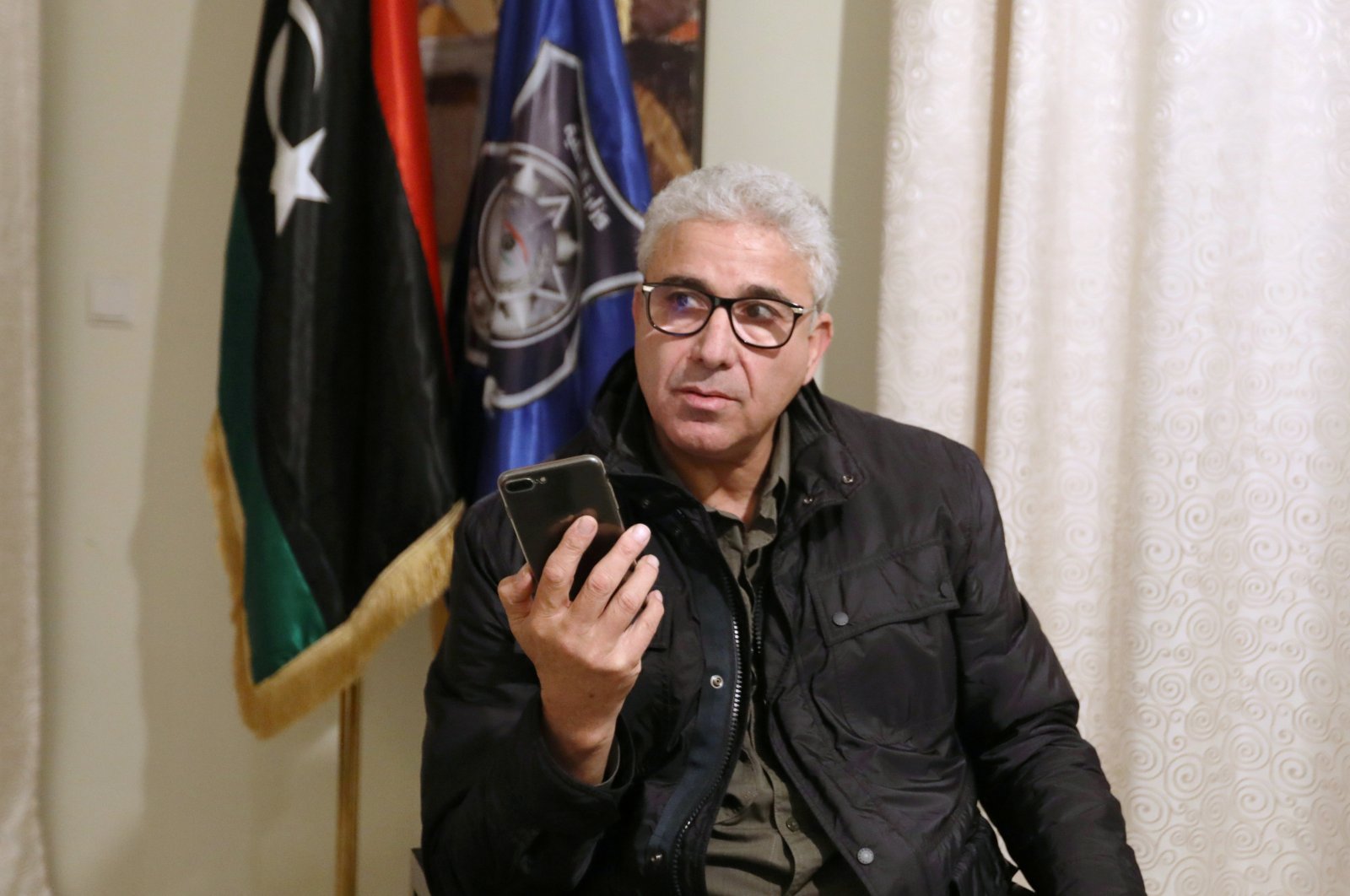 Libya's interim government should not delay the planned elections in December as the war-torn country seeks a return to peace and security, Libyan former Interior Minister Fathi Basgagha said Wednesday.

In an interview with Agence France-Presse (AFP), Bashagha, who left the government in March but is still an influential figure, said that he was only "still thinking" about a possible presidential run.

He said that 10 years after the overthrow of Moammar Gadhafi and with the United Nations-sponsored peace talks underway, Libyans are "optimistic about the future" and ready to build "a strong state."

And he stressed that, as a former interior minister, he has "statecraft-related experience, first and foremost in the field of security."

"We have to attach great importance to the stabilization of the country and to our security," he told AFP, criticizing Libya's current transitional government for failing to exert control over armed factions.

After years of conflict between the United Nations-recognized Government of National Accord (GNA) and illegitimate forces loyal to putschist Gen. Khalifa Haftar in Libya, and the consequential difficult diplomatic period, an interim unity government has been established in recent months.

Selected through a U.N.-led process, Libya’s new unity government, the Government of National Unity (GNU), was sworn in March 15. It is derived from two rival political groups that ruled the country's eastern and western regions, completing a smooth transition of power after a decade of violent chaos.

Western countries this month urged Libya’s interim government to start preparations for the war-torn country’s planned elections in December. Libya's transitional government under Prime Minister Abdul Hamid Dbeibah and a presidential council headed by Mohammad Younes Menfi is engaged in an U.N.-sponsored peace process and has promised to hold polls.

Germany will host a new set of talks in Berlin in three weeks' time, focused on preparations for a national vote on Dec. 24 and the withdrawal of foreign forces from the country after a decade of violence.

There has been a formal truce in the country since October, but the U.N. envoy for Libya, Jan Kubis, has warned that progress on pulling out foreign forces and uniting divided institutions has stalled.

Bashagha, a 58-year-old former air force officer who joined the revolt against Gadhafi's regime as a member of the Misrata military council, placed the blame for the delay on the government.

"Now, it is clear that the present government would prefer not to have elections. But this is a commitment which has to be brought to completion," he told AFP.

"So as far as the elections are concerned, the parliamentary and the presidential elections will take place simultaneously and, for the first time, the president will be elected by direct vote."

Bashagha is on a tour of European capitals and was in Brussels to meet members of the European Parliament and nongovernmental organization (NGO) leaders to talk about the future of his country, while discreetly pushing his own credentials.

Brussels is most concerned about having to receive more would-be migrants and refugees leaving Libya's shores, often on overloaded and unsafe smuggling ships, bound for European Union countries.

The former Libyan minister stressed that he had taken this issue seriously when in office but warned that it was best dealt with by a unified Libyan government.

"We cooperated with the EU in this field, despite the difficult conditions," he said, noting that migrant retention centers had been bombed during a rebel assault on Tripoli last year.

The Berlin peace talks later this month will deal with the urgency of foreign forces, such as Russian mercenaries backing Haftar, leaving the country.

But Bashagha defended the presence of the Turkish forces that he said had helped the U.N.-backed authorities in Tripoli defend the capital from forces loyal to Haftar, who may himself become a rival presidential candidate.

He noted that it was the former Libyan government under then-Prime Minister Fayez Sarraj that had requested Turkish support "to help with the defense of Tripoli."

"And indeed, owing to the Turkish help, it was possible to defend the city and the attack failed," he said.

While Turkey and Qatar have been the main backers of the internationally recognized GNA, Haftar was supported by Egypt, Russia, France and the United Arab Emirates (UAE).

In April 2019, Haftar and his forces launched an offensive to try and capture Tripoli. His 14-month campaign collapsed after Turkey stepped up its military support of the U.N.-backed government.

An October cease-fire agreement that included a demand for all foreign fighters and mercenaries to leave Libya within 90 days led to a deal for the transitional government and December elections.

"And now, in Libya, we can notice that Libya is advancing toward peace, and it's putting an end to the war. This requires the absolute condition of organizing elections. This will bring about security and peace," Bashagha also said.

He warned the current government not to "put obstacles" in the way of elections, which he insisted would be supported by Libyans from across the country after a decade of chaos.

"After the fall of Gadhafi, we know that weapons started to proliferate, and they fell into the hands of criminal groups and factions," he told AFP.

"And there are obstacles, there are risks. But I think that this willingness of our people – of all our people – will help to solve the problems and to build the state, a strong state."