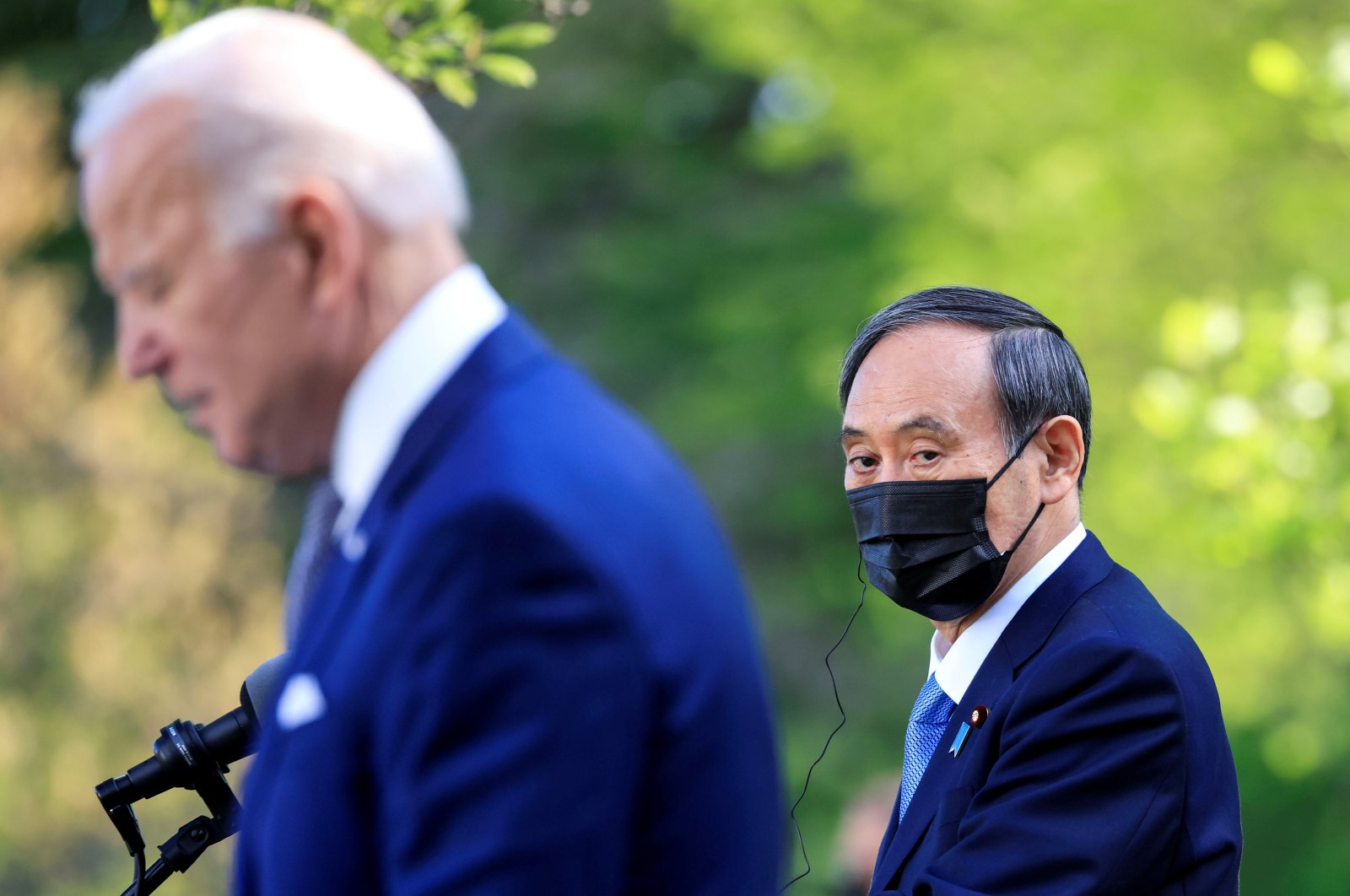 The leaders of the "Quad" countries – Australia, India, Japan and the United States – will gather next week for the first in-person summit hosted by U.S. President Joe Biden, a senior U.S. official told Reuters on Monday.

The summit will be held at the White House on Sept. 24, the official said. The prime ministers of Australia, India and Japan – Scott Morrison, Narendra Modi and Yoshihide Suga – are expected in the United States next week to attend the United Nations General Assembly in New York.

A virtual meeting of leaders of the Quad countries, which have been seeking to enhance cooperation in the face of China's growing power and assertiveness, was held in March. In that meeting, the leaders pledged to work closely on COVID-19 vaccines and climate and to ensure a free and open Indo-Pacific in the face of challenges from Beijing.

"Hosting the leaders of the Quad demonstrates the Biden-Harris administration’s priority of engaging in the Indo-Pacific, including through new multilateral configurations to meet the challenges of the 21st century," the senior administration official told Reuters.

Biden, who is pushing big infrastructure spending at home, said in March he had suggested to British Prime Minister Boris Johnson that democratic countries should have an infrastructure plan to rival China's massive Belt and Road Initiative, which involves projects from East Asia to Europe.

The senior U.S. official said the Quad Leaders would "be focused on deepening our ties and advancing practical cooperation on areas such as combating COVID-19, addressing the climate crisis, partnering on emerging technologies and cyberspace, and promoting a free and open Indo-Pacific."

The vaccines initiative from the first summit stalled after India, the world's largest vaccine producer, was hit by a catastrophic wave of infections and halted vaccine exports.

At the March summit, the four leaders agreed Indian drugmaker Biological E Ltd. would produce at least a billion coronavirus vaccine doses by the end of 2022, mainly for Southeast Asian and Pacific countries.

Japan's Kyodo News reported last week that Suga would visit Washington this month for the Quad meeting even though his term as leader of the ruling Liberal Democratic Party – and by default as Japan's prime minister – ends on Sept. 30.

The Quad meeting will come after Biden's image has taken a battering over the chaotic U.S. withdrawal from Afghanistan. U.S. officials have said ending America's longest war will allow the administration to divert resources and attention to tackling China-related issues.