Canada should face truth about 'sordid past' amid graves discovery 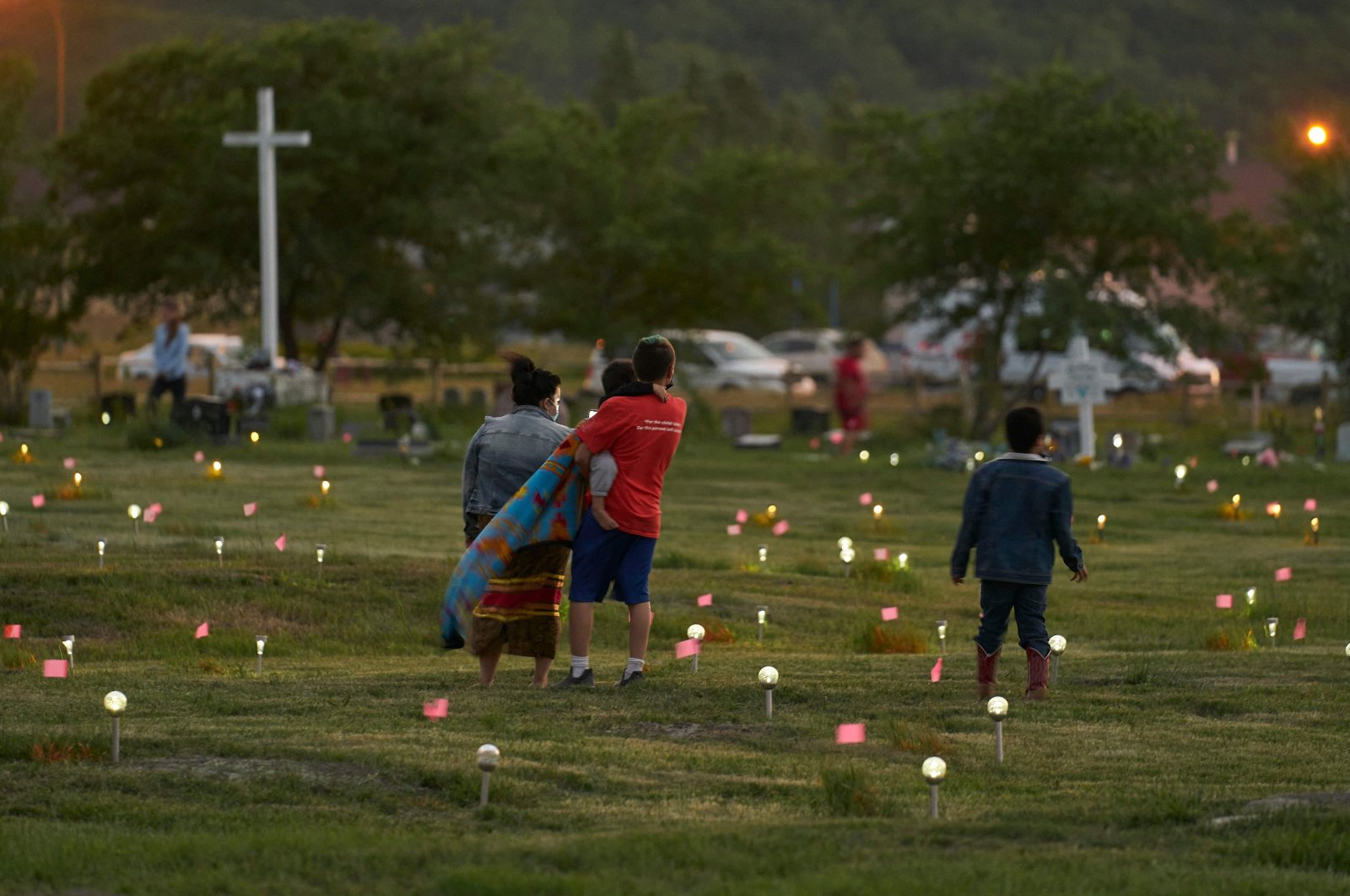 The discovery of more than 750 unmarked graves of First Nations children in Canada's Saskatchewan province near a former Catholic boarding school as well as the remains of 215 children found less than a month before has shocked the nation and sent waves of anger and outrage throughout the world.

In the interview with Anadolu Agency (AA) Councilor Jonathan Lerat of the Cowessess First Nation said it is time "to confront the truth" about "the sordid past of the schools" as this dark part of Canadian history has been hidden in a long silence for many years.

"We have an opportunity now to confront the truth – as difficult as it is – and make meaningful steps towards reconciliation," he added.

Asked what spurred the recent radar ground search, Lerat said the stories of who was buried in the graveyard have been passed along from generation to generation.

"There was very little in terms of written records we were given from the Catholic Church, so we relied on parents and grandparents to pass on that history. We also knew over the years different things were built on the grounds that used to be part of the gravesite according to the stories, so we always knew there was more to uncover," he added.

Lerat asserted that murders of Ingenious children that happened in Church schools have been relegated to the catacombs of the country’s consciousness.

"Our schools do not teach this part of history in depth, if at all. Understanding one another and not being afraid of those who are different all starts with education," he said, adding that the recent discovery brought back memories of attending a residential school and missing loved ones.

"It was traumatic for many – memories of those who they lost, classmates they had to bury and abuses they endured. Even today, we have generations that may have not gone to residential school, but they are feeling the first and second generation of that impact. It has been difficult, but we are a very strong people, and just as we’ve been doing before the world came to learn about this, we will continue to heal one day at a time."

First Nations refers to the 600 Indigenous tribes that inhabited Canada before European settlers arrived. They attended church-run Indian residential schools beginning in the 1820s as the government attempted to eradicate all aspects of Indigenous cultures and replace them with the one brought to Canada by white European newcomers.

Sir John A. Macdonald, born in Scotland and a member of an immigrant family that arrived in Canada in 1820, was the country's first prime minister. He enthusiastically backed the residential schools.

"When the school is on the reserve, the child lives with its parents, who are 'savages,' and though he may learn to read and write, his habits and training mode of thought are Indian," Macdonald said in 1879. "Indian children should be withdrawn as much as possible from the parental influence."

From the 1820s to the closure of the last of 139 Indian residential schools, about 150,000 First Nations children were taken from their parents, sometimes by force, and put in the schools, where they suffered physical, psychological and sexual abuse. And in one final indignity, as they died from disease, maltreatment, poor food and beatings, they were buried in unmarked graves.

It is estimated that 4,000 died, and parents were sometimes left to wonder what happened to their children – they just disappeared. But there are survivors of the system that still live with the trauma of residential schools.

The notorious past was laid bare to shocked Canadians, many of whom had no idea of the existence of residential schools. Prime Minister Justin Trudeau has said the system resulted in cultural genocide. Bobby Cameron, chief of the Federation of Sovereign Indigenous Nations, said it is "a crime against humanity." No one has ever been charged with any crime as the search for more graves gets underway.