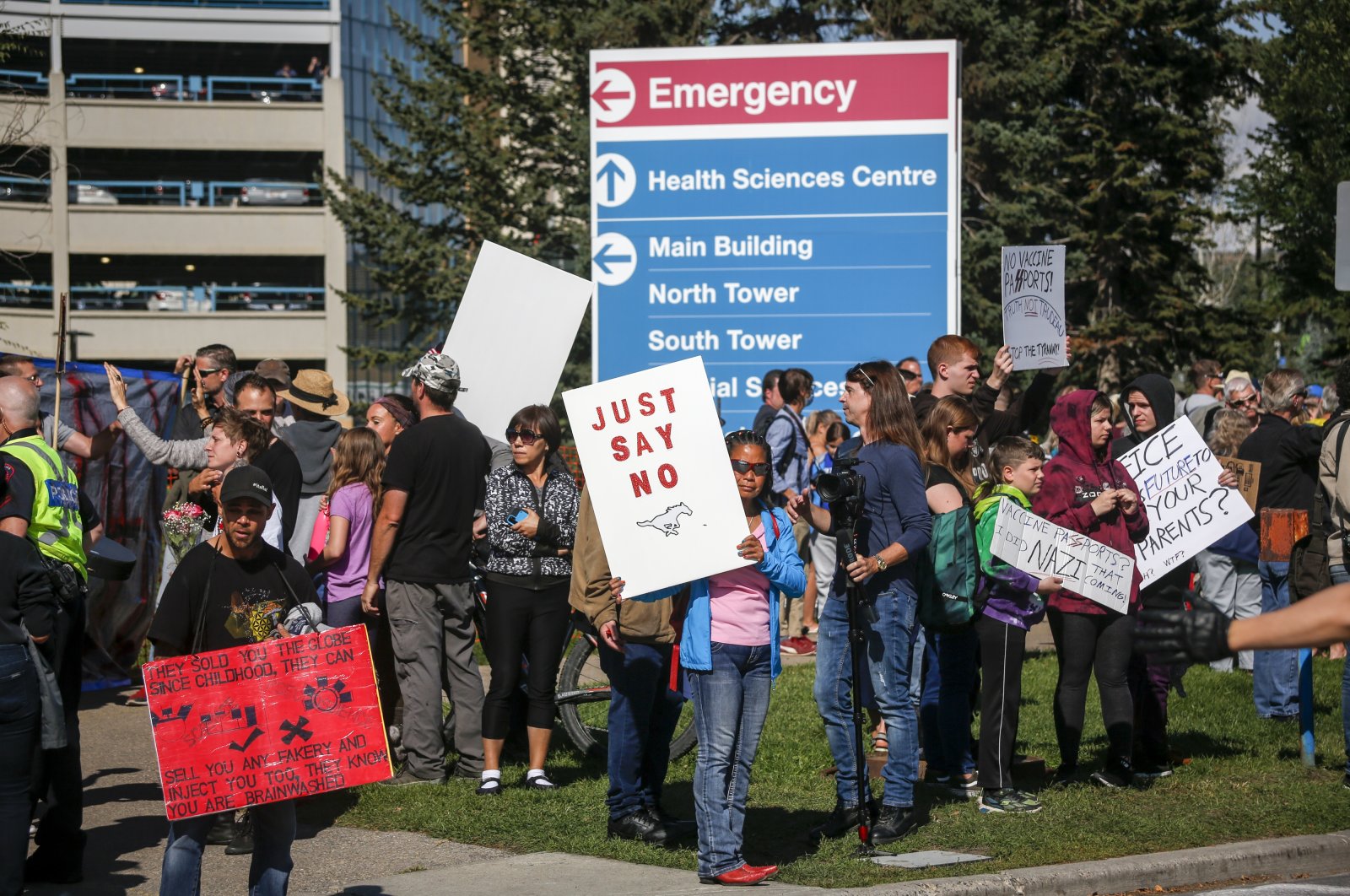 Already-exhausted health and long-term care sectors in Canada are preparing for staff shortages and layoffs amid mandatory vaccination orders for workers, as unions push federal and provincial governments to soften hard-line stances.

For hospitals and nursing homes, a shortage of workers would strain the already overburdened workforce dealing with nearly two years of the pandemic. The uncertainty sparked by vaccine mandates underscores the challenges on the road to recovery.

Devon Greyson, assistant professor of public health at the University of British Columbia, said officials are steering into uncharted waters with mass vaccine mandates, and it's not clear how workers will respond.

"A shortage of workers can mean people's health and well being. It's scary," Greyson said.

However, he added, "we're in an ethical situation where it's also scary not to ensure that all health workers are vaccinated. So it's a bit of a Catch-22."

To tackle staff scarcity, at least one province is offering signing bonuses to nurses. Provinces including Quebec and British Columbia have made it mandatory for health care workers and nursing staff to be vaccinated to continue working in their respective fields.

Layoffs have are started to hit, with one hospital in southern Ontario last week dumping 57 employees, representing 2.5% of staff, after its vaccine mandate came into effect. A long-term care home in Toronto put 36% of its staff on unpaid leave after they refused to get vaccinated, the Canadian Broadcasting Corp reported.

British Columbia will place staff at its long-term care and assisted living sector on unpaid administrative leave if they fail to get at least one shot by Monday.

Some 97% of long-term care staff in Vancouver and the surrounding areas have at least one dose as of Oct. 6, the province said. But northern B.C. has only 89% of staff with at least one dose, although the data was still being updated.

The province recently changed the deadline, giving more time for people to receive their second vaccine dose. "It is because we know we have a very limited healthcare resource," Dr. Bonnie Henry, the province's medical officer, said.

Quebec is offering CA$15,000 ($12,025) bonuses to help attract and retain about 4,300 full-time nurses. Some 25,000 health care workers who are yet not fully vaccinated ahead of an Oct. 15 deadline risk suspension without pay, said Christian Dube, the province's health minister.

Some 97% of all staff in the University Health Network, which operates medical facilities in and around Toronto, Ontario, has been vaccinated ahead of Oct. 22, with efforts underway to find backups for the remaining.

Daniel Lublin, a Toronto-based employment lawyer, called the mandates "very political" and based on the majority view that vaccines are good. "The fallout is that it's another segment of the Canadian workforce that is going to be faced with job loss if they choose not to vaccinate."

The Public Service Alliance of Canada (PSAC), which represents 215,000 federal workers, said while the union supports the government's vaccination stance, its members who do not get inoculated should not be punished.

"Especially when remote work options are available that do not jeopardize the health and safety of coworkers and allow our members to continue to serve Canadians," said Chris Aylward, PSAC president.

The Treasury Board, which oversees the public administration, is engaged with the PSAC and other labor representatives about the implementation of the mandate, a government source said.

Louis Hugo Francescutti, an emergency room physician in Edmonton, said he worked with several people who were continuing to refuse vaccination, even though it would cost them their jobs when the mandate takes effect on Oct. 31.

Alberta has one of the lowest vaccination rates in Canada, and its hospitals have been overwhelmed by the fourth wave.

"We're so under the water right now that losing a couple of people who don't want to get vaccinated – it's going to be sad (but) the impact will be minimal," Francescutti said.