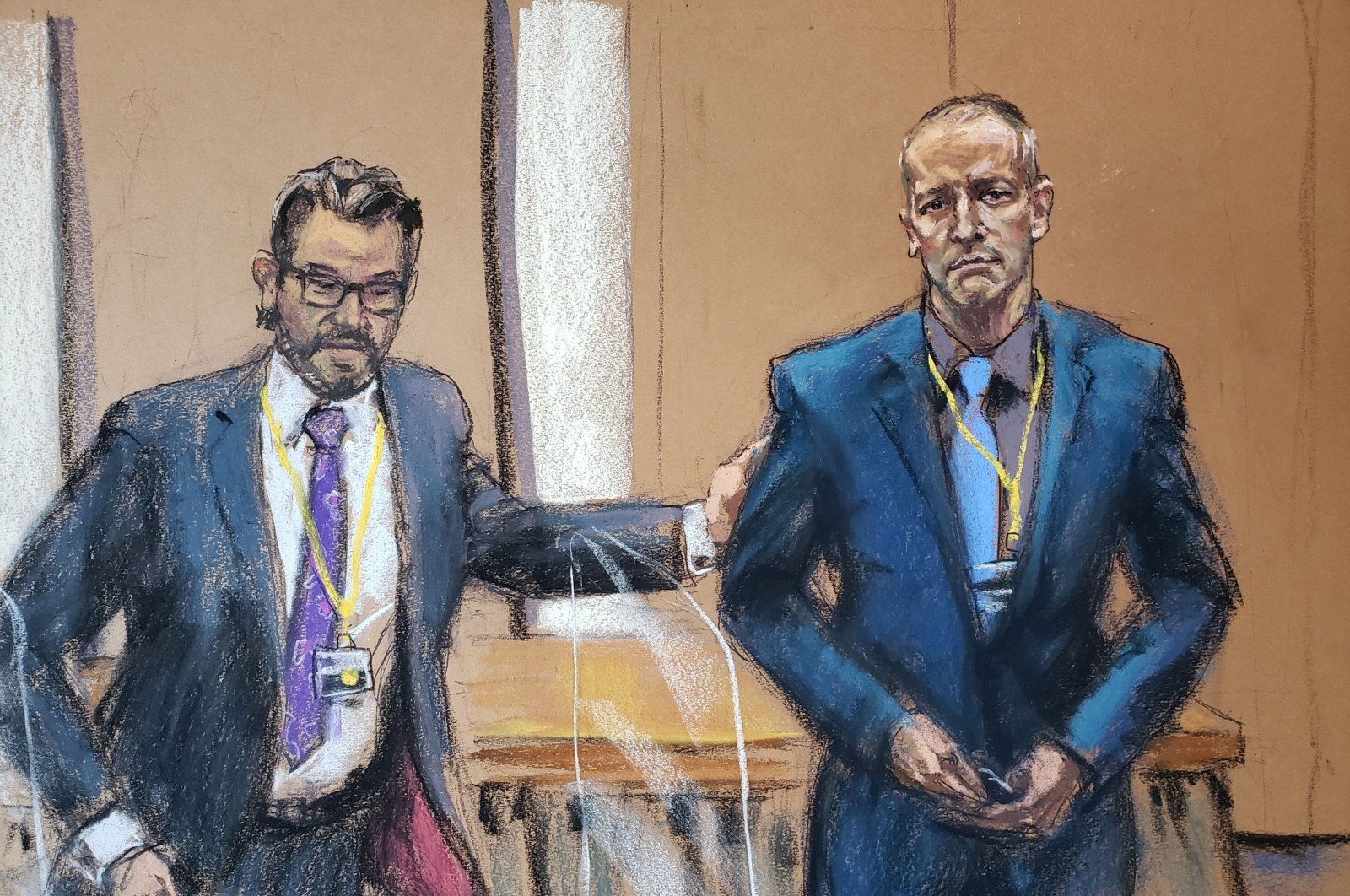 Almost exactly a year before George Floyd was killed while being arrested by Minneapolis police officers in May 2020, he was involved in another altercation in which he became distressed as an officer pointed a gun at him. On Tuesday, a lawyer for Derek Chauvin, the former Minneapolis police officer on trial for murder charges for Floyd's death, asked the judge to allow the jury to see evidence of the earlier episode.

In the arrest of May 6, 2019, a panicking Floyd swallowed several opioid pain-killer pills as police approached. Eric Nelson, Chauvin's lead lawyer, has argued that the main cause of Floyd's death a year later, which was ruled a homicide, was the opioid fentanyl found in his blood at autopsy.

"The similarities are incredible, it's the exact same behavior in two incidents almost exactly one year apart," Nelson told the court before the resumption of jury selection, noting Floyd called out for his "mama" in both arrests, according to video footage.

Prosecutors opposed the move, saying the defense was seeking to dirty the character of Floyd, a 46-year-old black man who died after being handcuffed by police on May 25, 2020. Video of his death in which Chauvin, who is white, pushes Floyd's head into the road with a knee on his neck for nearly nine minutes ignited global protests against police brutality and racism.

Matthew Frank, a prosecutor in the Minnesota attorney general's office, said the request showed "the desperation of the defense to smear Mr. Floyd's character by showing that when he is struggling with an opioid addiction, like so many Americans do, it's really just evidence of bad character."

In body-worn camera footage from the 2020 arrest, white froth can be seen around Floyd's mouth as police order him out of his car on suspicion he used a counterfeit $20 bill to buy cigarettes at a nearby grocery store.

Nelson is seeking to show jury evidence supporting his argument that the froth was the result of Floyd swallowing one or more opioid pill. Pills containing fentanyl and methamphetamine were found in Floyd's car; semi-chewed versions of such pills were found in the back of the police squad car where officers had struggled to get Floyd to sit, Nelson told the court.

Hennepin County District Judge Peter Cahill, overseeing the trial on an upper story of a heavily guarded tower in downtown Minneapolis, said he would take at least a day to consider Nelson's request.

Cahill said he might allow evidence about the paramedic's findings in the 2019 arrest, saying it could be admissible evidence of Floyd's "bodily response" to ingesting a large amount of drugs.

However, he said he would quickly quash any effort to tell the jury: "Don't feel sympathy for him because he was taking drugs."

Prosecutors argued the prior arrest and Floyd's blood pressure on a date more than a year earlier were not relevant to the charges, and that the police response, involving officers other than those who responded in 2020, was different. In the 2019 arrest, officers were able to speak calmly with Floyd, seat him in the squad car and have him transported to a hospital for medical treatment.

"Mr. Floyd had a history of hypertension, there's no doubt about that," Frank, the prosecutor, told the court, but it was wrong to argue that "he was on notice and so therefore he somehow gave up the right to be treated reasonably by police officers."

The other three officers are due to go on trial later this year on charges of aiding and abetting Chauvin. The Minneapolis Police Department fired all four officers the day after the deadly arrest.

The court has seated nine jurors since the trial began last week and plans to have opening arguments commence on March 29.

However, the defense has asked the judge to reconsider a request to move the trial to a different county after the city of Minneapolis announced last week it would pay $27 million to Floyd's family to settle their federal wrongful-death lawsuit. Cahill said he is considering the request and concerns publicity around the announcement may influence jurors.

Chauvin faces up to 40 years in prison if convicted on the most serious charge.