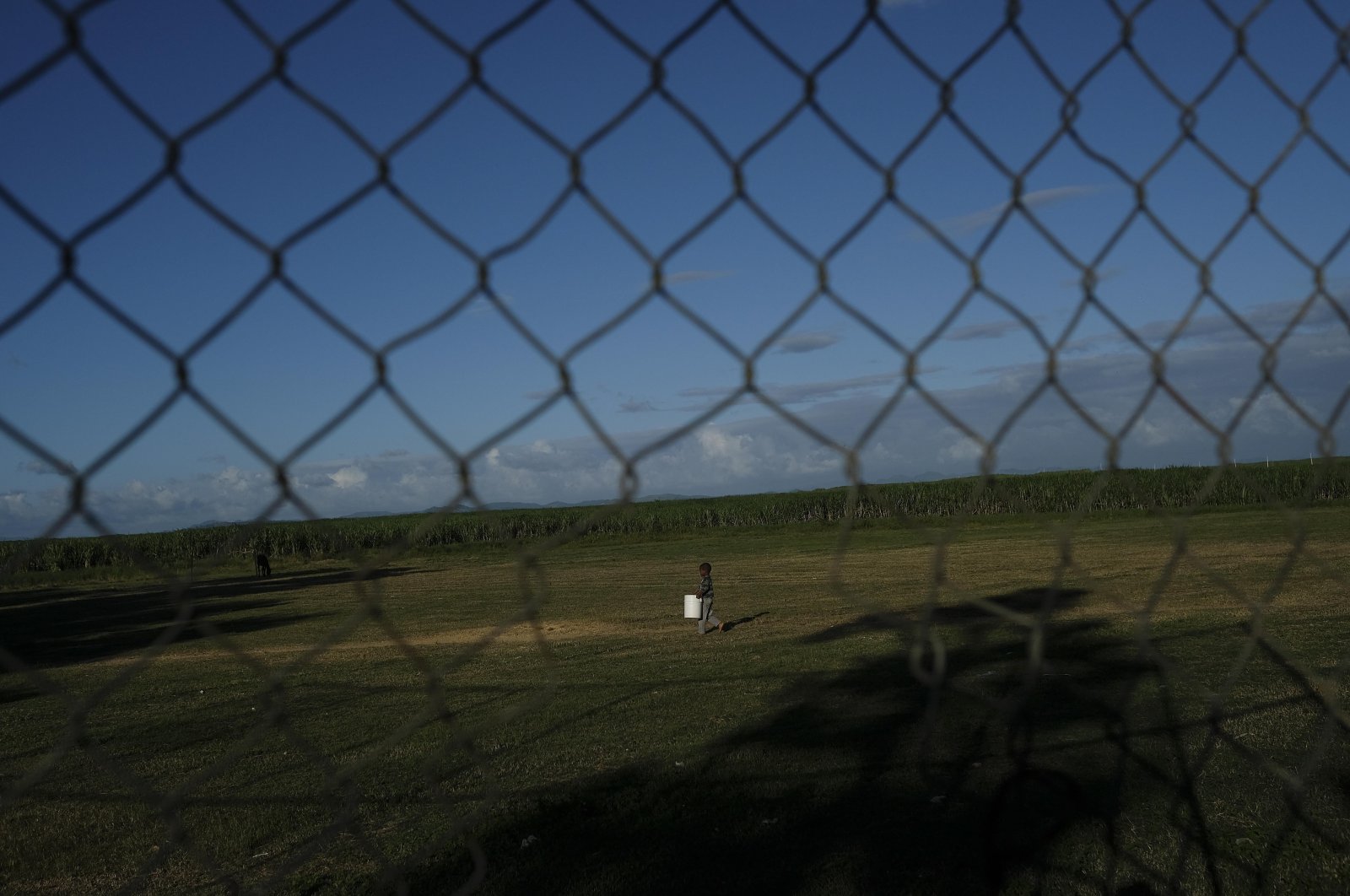 A Haitian child carries a container filled with water across an improvised soccer field in the Batey La Lima community, in La Romana, Dominican Republic, Nov. 17, 2021. (AP Photo)
by DAILY SABAH Jan 03, 2022 9:18 am

According to media reports, the assassination attempt took place while Henry was leaving the church in the city of Gonaives, where he came to celebrate the 218th anniversary of the nation's Independence Day.

The reports said Henry survived the attack unharmed, while an unidentified person was killed by police. Several others were injured in the clash that broke out as a result of the attack.

Earlier, the armed gang operating in the city warned Henry not to come to the city; however, the prime minister ignored the threats and visited anyway.

Henry's predecessor, Jovenel Moise, was shot at his private home on July 7. His wife, Martine Moise, was also wounded in the predawn attack. The assassination deepened the political instability in the country, which was already recovering from the magnitude 7.2 earthquake that killed more than 2,200 people in Haiti’s southwestern region in mid-August, a spike in gang-related violence and a severe shortage of fuel.

More than 40 suspects have been arrested so far for their involvement in the assassination, including 18 former Colombian soldiers and several Haitian police officers. Colombian authorities have said the majority of its former soldiers did not know the true nature of the operation they were hired for. In October, another Colombian man was arrested in Jamaica.