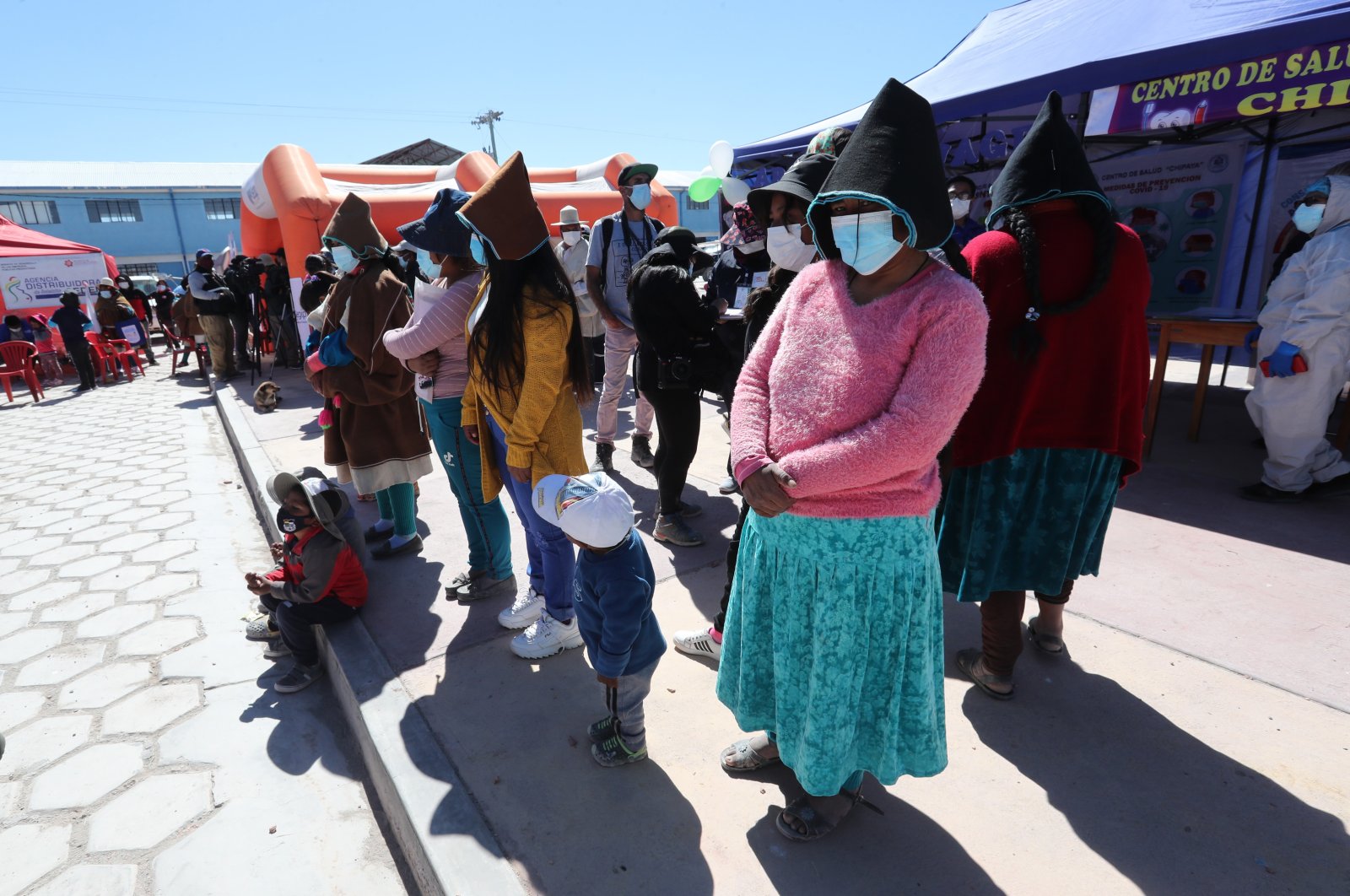 Lopez and his wife Petronila Mollo went to the main square, where a mass inoculation was planned after the government said it would deliver a batch of single-dose Johnson & Johnson Janssen vaccines to the remote indigenous community.

A large group of press, including reporters from Reuters, had been invited to cover the good news story.

It did not go as planned, however.

The expected vaccines didn't arrive. Despite carrying signs reading "I have been vaccinated against COVID-19," most people left unvaccinated, with only a handful of volunteers inoculated with a Chinese vaccine that was already in the town. Lopez left disappointed.

In Bolivia's mountainous west, the men farm and fish and the women expertly weave sheep's wool into handicrafts to sell.

Its very remoteness has preserved its way of life, but during the coronavirus pandemic, it has also created a barrier to accessing vaccines, which often need to be carefully stored and administered in two doses over an extended period.

Bolivia's socialist government has administered over 3.1 million doses of vaccines so far, enough for around 13.5% of its population, assuming every person needs two doses, a Reuters tracker shows.

But while some hard-to-reach indigenous populations have begun to be vaccinated, indigenous leaders, including lawmaker Cecilia Moyoviri and local activist Alex Villca, have criticized a shortfall in vaccines in those communities.

"There is an unevenness in the distribution of vaccines," Toribia Lero, who heads the indigenous peoples committee in Bolivia's lower chamber of deputies, told Reuters.

"There is still no data on how vaccines are distributed to indigenous communities. In many situations, the ministry goes to a town or meets with the top leadership simply to take photos."

Osman Calvimontes Subieta from the Ministry of Health said: "Vaccines are guaranteed ... We should recognize that our local authorities in indigenous areas are setting an example."

He declined to comment on why the promised vaccine doses had not arrived in Uru Chipaya.

Facing delays of Russia's Sputnik V vaccine, the government has pivoted to Sinopharm doses and received one-dose Janssen vaccines via the COVAX mechanism to help ensure vaccine supply to developing countries, which it has pledged to get to rural areas.

Lero said lawmakers would look into what happened at Uru Chipaya.

"We are going to carry out an investigation into this because it cannot be that the indigenous peoples are once again exposed to risk," she said.