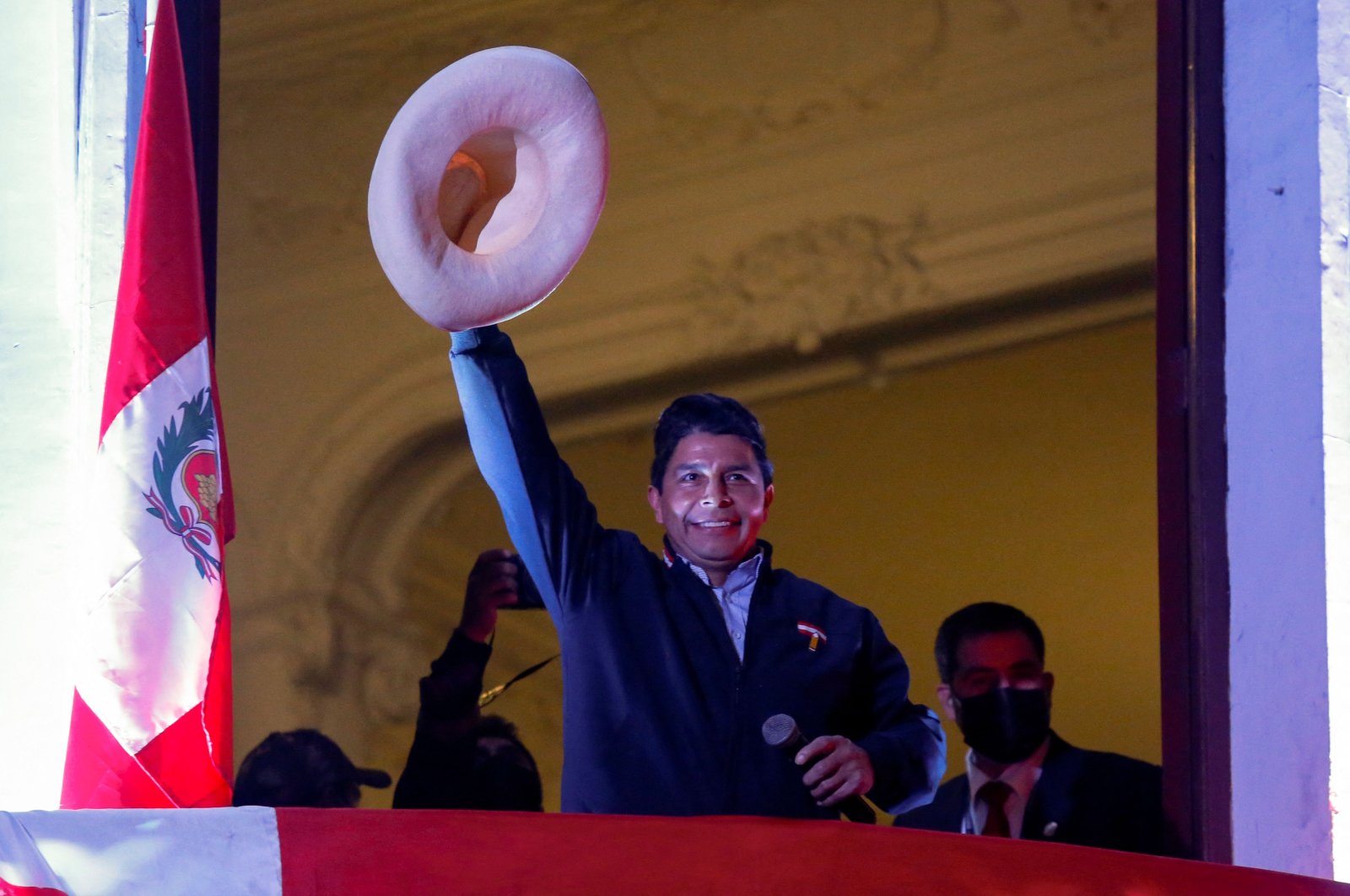 Four days after the presidential election in Peru, the public prosecutor's office has again requested the pretrial detention of candidate Keiko Fujimori.

The right-wing populist politician had violated the conditions of her release from preventive custody in an ongoing corruption trial, it was said in the justification Thursday.

Fujimori has already been remanded in custody several times in recent years on corruption charges.

Meanwhile, everything was pointing to a narrow victory for the hard-left candidate Pedro Castillo over Fujimori. After almost all votes had been counted, the candidate of the Marxist-Leninist party Peru Libre received 50.17% to Fujimori's 49.82%. However, the electoral office has not yet declared either candidate the winner.

Castillo on Friday asked his supporters to show discretion.

"This is the time of maturity and rest," he told them. "I will always stand by the people," Castillo promised during his speech. "I will not use the democratic space to cover up crimes."

Following allegations of fraud, Fujimori's party, Fuerza Popular, had also recently requested that around 200,000 votes be declared invalid because of irregularities at the polling stations.

"We will continue to defend the legitimate right of millions of Peruvians until the last vote," Fujimori said on Thursday afternoon.

Election observers, on the other hand, declared that Sunday's run-off election had largely been conducted in an orderly manner.

"So far, all the reports produced by the institutions in charge of the electoral process suggest that (the election) has taken place in an orderly and peaceful manner, without any setbacks that justify using a word as big as fraud," Interim President Francisco Sagasti said. "I see no reason to allow this process to be tarnished, and I have absolute confidence in the autonomy and efficiency of electoral authorities," he added according to national news agency Andina.

Although Castillo and Fujimori represent opposite extremes on the political scale, they are not far apart in their socio-political views: Both represent a conservative image of the family and are against same-sex marriage and abortion. Both focus on the exploitation of natural resources and do not attach great importance to the protection of the environment and human rights.

Whoever wins will face enormous challenges. Peru is suffering particularly badly from the coronavirus pandemic: It is one of the countries with the highest mortality rate in the world and its economy collapsed by 12.9% last year.

Many Peruvians harbor a deep mistrust of politicians following two decades in which five former presidents have been investigated or prosecuted for corruption.

In addition, splinter groups of the guerrilla organization Sendero Luminoso (Shining Path) are still active in the country's interior.

Political turmoil has marked the past year, as the Congress was locked in a bitter conflict with the government: Parliamentarians first forced President Martin Vizcarra out of office, and then his successor, Manuel Merino, threw in the towel after fierce protests. Sagasti has been in charge meanwhile.