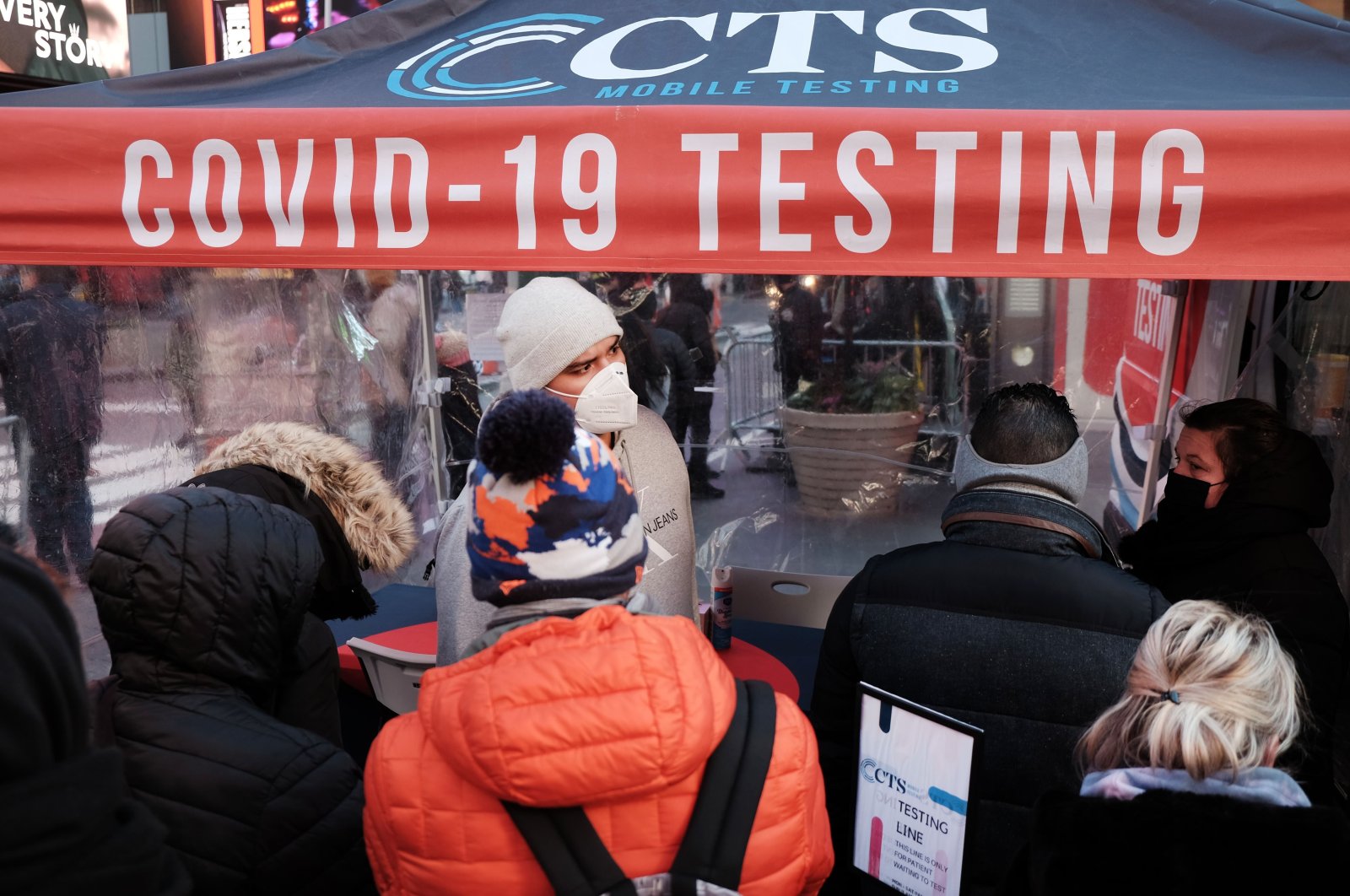 "We have the tools to get through this wave," the official said, noting there are no plans to impose new restrictions.

If Americans "are vaccinated and follow the precautions that we all know well, especially masking when traveling, they should feel comfortable celebrating Christmas and the holidays."

"There is no need to lock down our schools nor our economy," the official said.

The federal government will mobilize 1,000 doctors, nurses and military medical personnel to be deployed across the country as needed in January and February.

The government is also preparing emergency transport and equipment, including protective gear and respirators, for hospitals that may need them.

"We're prepared for what we think will be an increase in unvaccinated hospitalizations in the coming months," the official said.

Biden's administration will also take action in an area where it has been heavily criticized – COVID-19 screening – by purchasing 500 million at-home rapid tests.

The COVID-19 tests will be delivered free of charge to Americans who request them via a dedicated website, starting in January.

The government is also promising to open new vaccination centers.

"We should take omicron seriously, but this is a cause for concern, not a cause for panic," the official said, echoing a sentiment often stressed by Biden.

Joe Biden was elected on promises to defeat the virus and protect Americans after the mixed messages of his predecessor Donald Trump.

But getting the virus under control has proven difficult in a country where vaccination and mask-wearing have become divisive political issues, and federal mandates end up in protracted legal battles.

Biden has attempted to impose vaccine mandates on private businesses and federal employees but has resorted in recent weeks to little more than publicly beseeching people to get their shots.

He has also decided not to impose further restrictions for the time being, such as by imposing regulations on domestic flights.

Shows and sporting events are increasingly getting canceled in the United States, while some cities such as Boston are implementing beefed up health protocols.

In some areas, schools have decided to temporarily switch to virtual learning after the winter vacation.