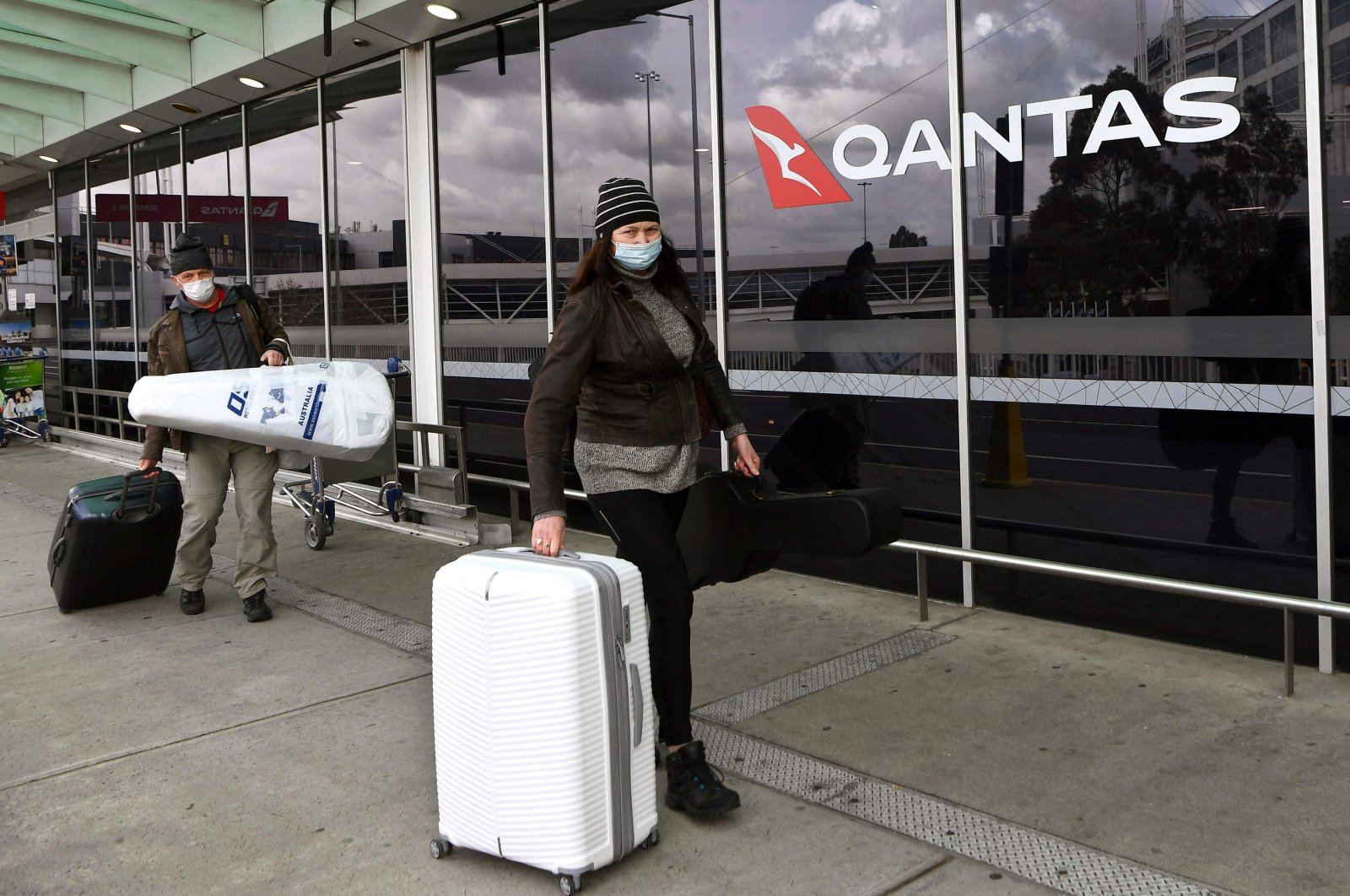 Australian Prime Minister Scott Morrison on Friday announced that an 18-month ban on Australians traveling abroad will be lifted starting next month, easing one of the toughest COVID-19 restrictions imposed globally.

Reopening the international border for citizens and permanent residents will be linked to the establishment of home quarantine in Australia's eight states and territories, Morrison said, meaning that some parts of the country will reopen sooner than others.

The first phase of the plan will focus on citizens and permanent residents being allowed to leave Australia, with further changes expected to permit foreign travelers to enter the country.

"It's time to give Australians their lives back. We've saved lives," Morrison said during a televised media conference. "We've saved livelihoods, but we must work together to ensure that Australians can reclaim the lives that they once had in this country."

Morrison slammed the international border shut in March 2020. Since then, only a limited number of people have been granted a permit to leave the country for critical business or humanitarian reasons. Citizens and permanent residents have been allowed to return from abroad, subject to quota limits and a mandatory 14-day quarantine period in a hotel at their own expense.

There have also been a few high-profile exceptions granted for entry for business purposes, including Hollywood actors to film movies and TV shows.

Morrison said he expects the first home quarantine systems to be up and running in November, but the timetable will be set by individual states and territories. He has previously said it wants all state and international borders reopened when the national vaccination rate for people aged over 16 reaches 80%, expected by the end of next month.

However, a delta variant-fuelled outbreak that has locked down the major cities of Sydney, Melbourne and Canberra for weeks has divided state and territory leaders. Some presiding over virus-free parts of the country have indicated they will defy the federal plan.

In response, Qantas Airways brought forward its planned resumption of international flights more than a month to Nov. 14. The airline will operate three weekly return flights from Sydney to London and Los Angeles each, and will add more based on demand. Morrison said his government was working towards quarantine free travel with countries such as New Zealand when "safe to do so."

An Australian government source said plans were being discussed to allow foreign visitors to enter the country, but it was not possible to yet state a timetable.

Australia's strict border closure has been credited with keeping the country's exposure to the pandemic relatively low, with just over 107,000 cases and about 1,300 deaths.

Officials on Friday reported 2,084 new cases, mostly in New South Wales and Victoria states, which was a small decline from the previous day. To support the reopening of borders and allow more Australians to return, officials expanded the country's list of recognized COVID-19 vaccines.

The addition of China's Sinovac vaccine in particular is expected to give Australia's key international education sector a boost when foreign travelers are allowed to enter the country. Chinese students, many of whom are likely to have received the Sinovac vaccine, account for a third of a sector that was worth AU$35 billion ($25.2 billion) a year to Australia's AU$2 trillion economy prior to the pandemic.

Covishield, a version of AstraZeneca's vaccine produced by the Serum Institute of India, will also be added to the approved list, joining the three vaccines being administered in Australia – Pfizer-BioNTech, Moderna and AstraZeneca.