Casualties after Taliban open fire at crowd on Independence Day 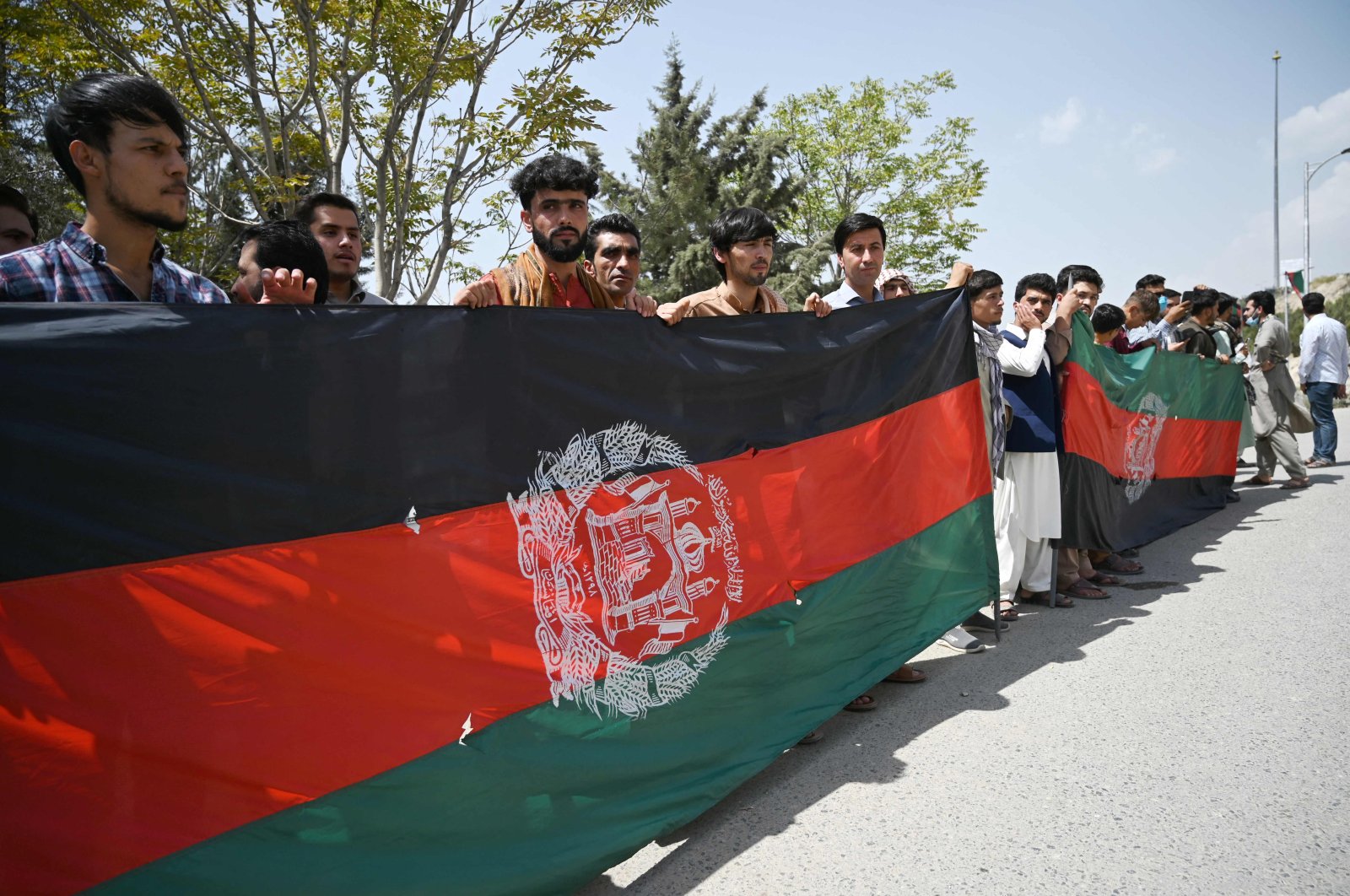 Flag-waving protesters took to a number of Afghan cities on Thursday and several people were killed when Taliban fighters fired on a crowd, a witness said, in the first popular opposition to the militants since they seized the capital.

"Our flag our identity," a crowd of men and some women waving black, red and green national flags shouted in Kabul, a video clip posted on social media showed. One woman walked with a flag wrapped around her shoulders.

Afghanistan celebrates its 1919 independence from British control on Aug. 19. A Taliban spokesperson was not immediately available for comment. In Asadabad, capital of Kunar province, several people were killed during a rally but it was not clear if the casualties resulted from the firing or from a stampede that it triggered, witness Mohammed Salim said.

"Hundreds of people came out on the streets," Salim said. "At first I was scared and didn't want to go but when I saw one of my neighbors joined in I took out the flag I have at home."

"Several people were killed and injured in the stampede and firing by the Taliban."

Protesters also took to the streets of the eastern city of Jalalabad and a district of Paktia province. On Wednesday, Taliban fighters fired at protesters waving in flag Jalalabad, killing three, witnesses and media reported. In some places, protesters tore down white Taliban flags, according to media.

Media reported similar scenes in Asadabad and another eastern city, Khost, on Wednesday. First Vice President Amrullah Saleh, who is trying to rally opposition to the Taliban, expressed support for the protests.

"Salute those who carry the national flag and thus stand for dignity of the nation," he said on Twitter. Saleh said on Tuesday he was in Afghanistan and the "legitimate caretaker president" after President Ashraf Ghani fled as the Taliban took Kabul on Sunday.

The crackdown on protests will raise new doubts about Taliban assurances they have changed since their 1996-2001 rule when they severely restricted women, staged public executions and blew up ancient Buddhist statues. They now say they want peace, will not take revenge against old enemies and would respect the rights of women within the framework of Islamic law.

While Kabul has been generally calm since Taliban forces entered on Sunday, Kabul Hamid Karzai International Airport has been in chaos as people rushed for a way out of the country. Twelve people have been killed in and around the airport since then, a NATO and a Taliban official said.

The deaths were caused either by gunshots or by stampedes, the Taliban official said. He urged people who do not have the legal right to travel to go home. "We don't want to hurt anyone at the airport," said the Taliban official, who declined to be identified.

The United States and other Western powers pressed on with the evacuation of their nationals and some of their Afghan staff from the capital's airport, from where about 8,000 people have been flown out since Sunday, a Western security official said.

Under a pact negotiated last year by former President Donald Trump's administration, the United States agreed to withdraw its forces in exchange for a Taliban guarantee they would not let Afghanistan be used to launch terrorist attacks.

The Taliban also agreed not to attack foreign forces as they left. U.S. President Joe Biden said U.S. forces would remain until the evacuation of Americans was finished, even if that meant staying past an Aug. 31 U.S. deadline for withdrawal.