Do more to resolve Rohingya crisis: UN envoy in Bangladesh 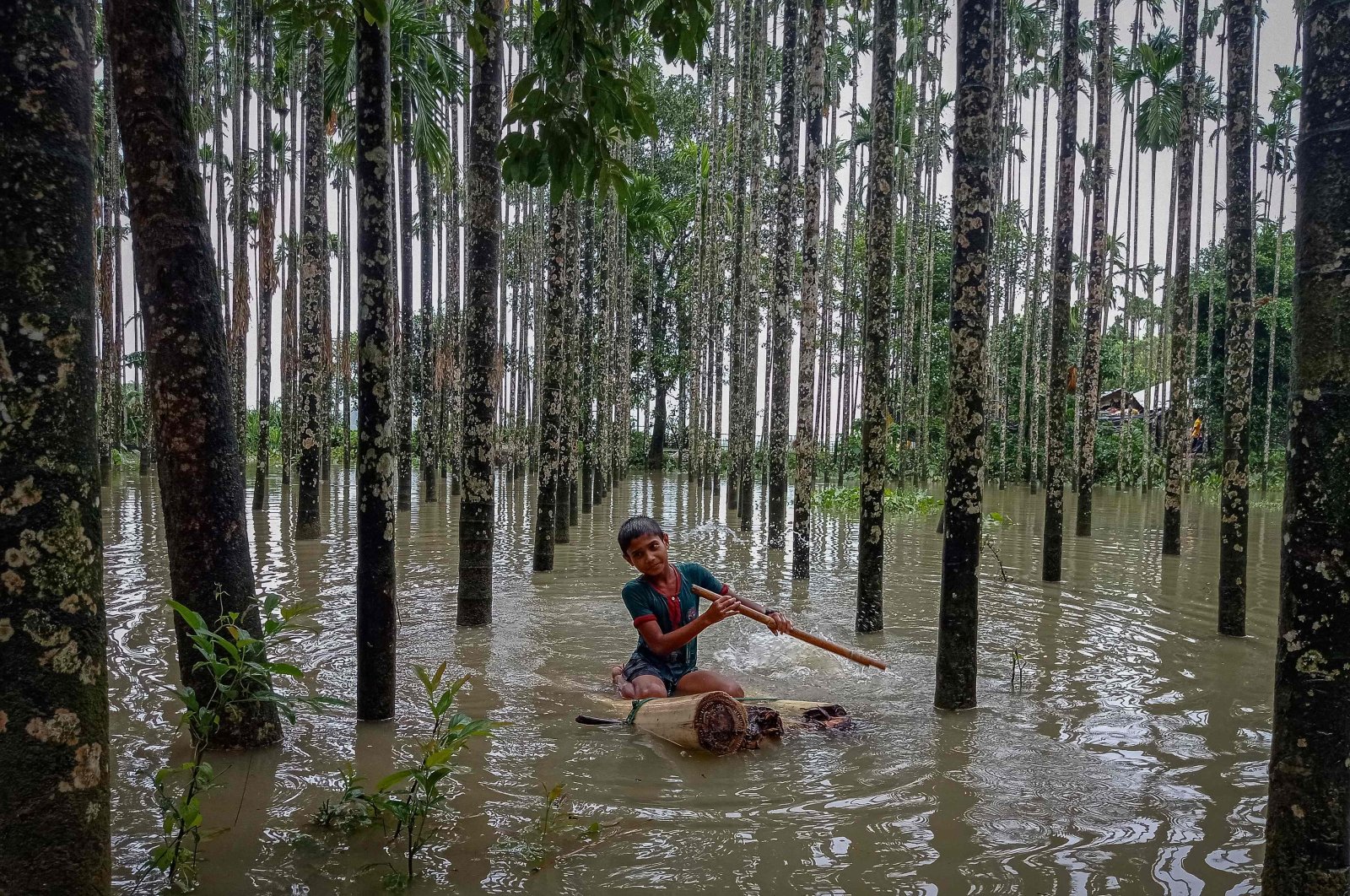 A child wades through a flooded area using a makeshift raft after monsoon floods and landslides have cut off more than 300,000 people in villages across southeast Bangladesh and killed at least 20 people including six Rohingya refugees, Cox's Bazar, Bangladesh, on July 30, 2021. (AFP Photo)
by ASSOCIATED PRESS Dec 20, 2021 11:07 am
RECOMMENDED

A special rapporteur of the United Nations said Sunday that the international community should build a better partnership with Bangladesh and cut off the Myanmar military in dealing with the Rohingya refugee crisis by putting pressure on Myanmar from abroad.

Tom Andrews, U.N.’s Special Rapporteur on the human rights situation in Myanmar, said in Dhaka that he would encourage the international community going back in Geneva to follow stronger and coordinated efforts.

"Bangladesh cannot and should not bear this responsibility alone,” he told a news conference. "The cause of this crisis, and the ultimate resolution of this crisis is not here in Bangladesh, but in Myanmar.”

Bangladeshi officials say the crowded nation of more than 160 million people is overburdened because of the Rohingya crisis.

Andrews is visiting Bangladesh where he met the Rohingya refugees, officials of the international agencies and the government to review the refugee crisis in the country.

He urged the international community to do more.

"I will do everything in my capacity to push for a stronger, more coordinated international response to this crisis, including the imposition of pressure on the Myanmar military and for concrete measures to hold the military junta fully accountable for this crisis,” he said.

He said the international community should rethink the ways they would respond to the crisis in the future.

He said the international community, if necessary, should block sources of revenue flowing into Myanmar’s military.

"It’s a large military (in Myanmar) and it’s very formidable, but large militaries take significant resources to supply and sustain. I think that the international community can do a much better job of identifying sources of revenue that are flowing into the coffers of this military junta and perpetuating these atrocities,” he said.

During his mission, the U.N. envoy met with refugees in the Cox’s Bazar refugee camps in Bangladesh as well as some of those relocated to a remote island – Bhasan Char.

In October this year, the United Nations and Bangladesh’s government signed an agreement to work together to help relocate Rohingya refugees to Bhasan Char island.

More than 19,000 Rohingya have already been moved to the Bhasan Char island from crammed camps near the Myanmar border.

The Rohingya are a Muslim ethnic group, over 700,000 of whom fled persecution and violence in neighboring Myanmar in August 2017. Bangladesh has been sheltering 1.1 million of refugees in crowded camps near its coast.

The government began sending Rohingya refugees to the island a year back, and says it can now accommodate up to 100,000.

"Nearly every Rohingya person I spoke with on this mission, whether in the Kutupalong camps or on Bashan Char, wants to return home as soon as they can do so voluntarily, safely, sustainably and with dignity. They want to go back home,” Andrews said.

He, however, said the relentless assault by the Myanmar military junta against its own people as well as systematic clearance in the Rakhine State continued till today.

"This means that the conditions for the safe and sustainable, dignified return of Rohingya to their homeland currently do not exist. It’ll take considerable time and significant efforts to create such conditions in Myanmar,” he said.

Prime Minister Sheikh Hasina pledged that her administration would not force the refugees to go back, and a repatriation agreement between Bangladesh and Myanmar and brokered by China envisaged the voluntary return of refugees to their homeland.

The Rohingya are a Muslim ethnic group, over 700,000 of whom fled persecution and violence in neighboring Myanmar in August 2017. Bangladesh has been sheltering 1.1 million of the refugees in crowded camps near its coast.

A U.N.-sponsored investigation in 2018 recommended the prosecution of Myanmar’s top military commanders on charges of genocide, war crimes and crimes against humanity for the violence against the Rohingya.