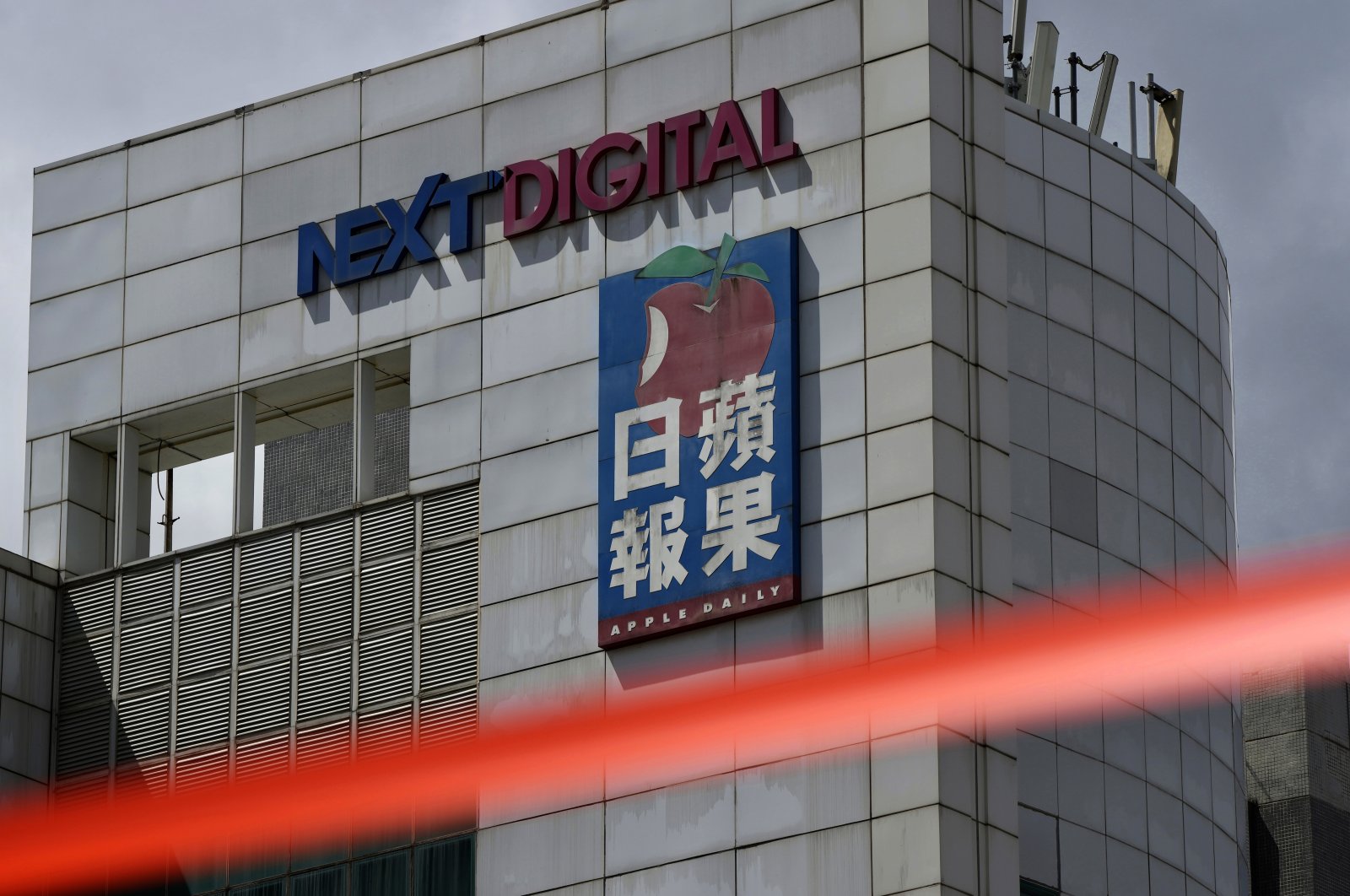 Hong Kong's anti-government tabloid Apple Daily will print its last edition on Thursday, ending a quarter-century era for the media outlet after Beijing arrested its owner Jimmy Lai and five other executives under a new national security law and froze more than $2 million assets.

The end of the popular 26-year-old tabloid, which mixes pro-democracy discourse with racy celebrity gossip and investigations of those in power, has escalated alarm over media freedom and other rights in the Chinese-ruled city.

The paper's newsroom was raided by 200 police in August last year when owner and staunch Beijing critic Lai was arrested on suspicion of colluding with foreign forces, and again by 500 police last week when five other executives were detained.

Pictures of police officers sitting at reporters' desks and footage of them loading trucks with journalistic materials have sent chills through the media in the former British colony.

"Thank you to all readers, subscribers, ad clients and Hong Kongers for 26 years of immense love and support. Here we say goodbye, take care of yourselves," Apple Daily said in an article on its website. It said the decision was "based on employee safety and manpower considerations."

The paper's publisher, Next Digital, said in a statement the decision to close the newspaper, which employs about 600 journalists, was taken "due to the current circumstances prevailing in Hong Kong."

Police last week froze assets of companies linked to the newspaper and arrested five executives. On Wednesday, police arrested a columnist on suspicion of conspiring to collude with a foreign country or foreign forces. Authorities have said dozens of Apple Daily pieces may have violated the security law, which Beijing imposed on the city last year. This was the first instance of authorities taking aim at media reports under the legislation.

Rights groups, media organizations and Western governments have criticized last week's police raid on the newspaper. Meanwhile, Hong Kong leader Carrie Lam defended the actions, saying on Tuesday that criticism of the raid and the arrests amounted to attempts to "beautify" acts that endangered national security.

Pro-Beijing newspapers Wen Wei Po and Ta Kung Pao published special pages on Wednesday, portraying Lai as a "dog-like animal," a "traitor" and a shoe-shiner doing the bidding of the United States.

Apple Daily has come under increasing pressure since Lai was arrested last year under the security legislation, which was introduced after months of at times violent pro-democracy protests.

Lai, whose assets have also been frozen under the security law, is already serving prison sentences on charges of taking part in unauthorized assemblies, stemming from the democracy protests. Supporters of the security law say it has restored stability essential for preserving the financial hub's economic success.