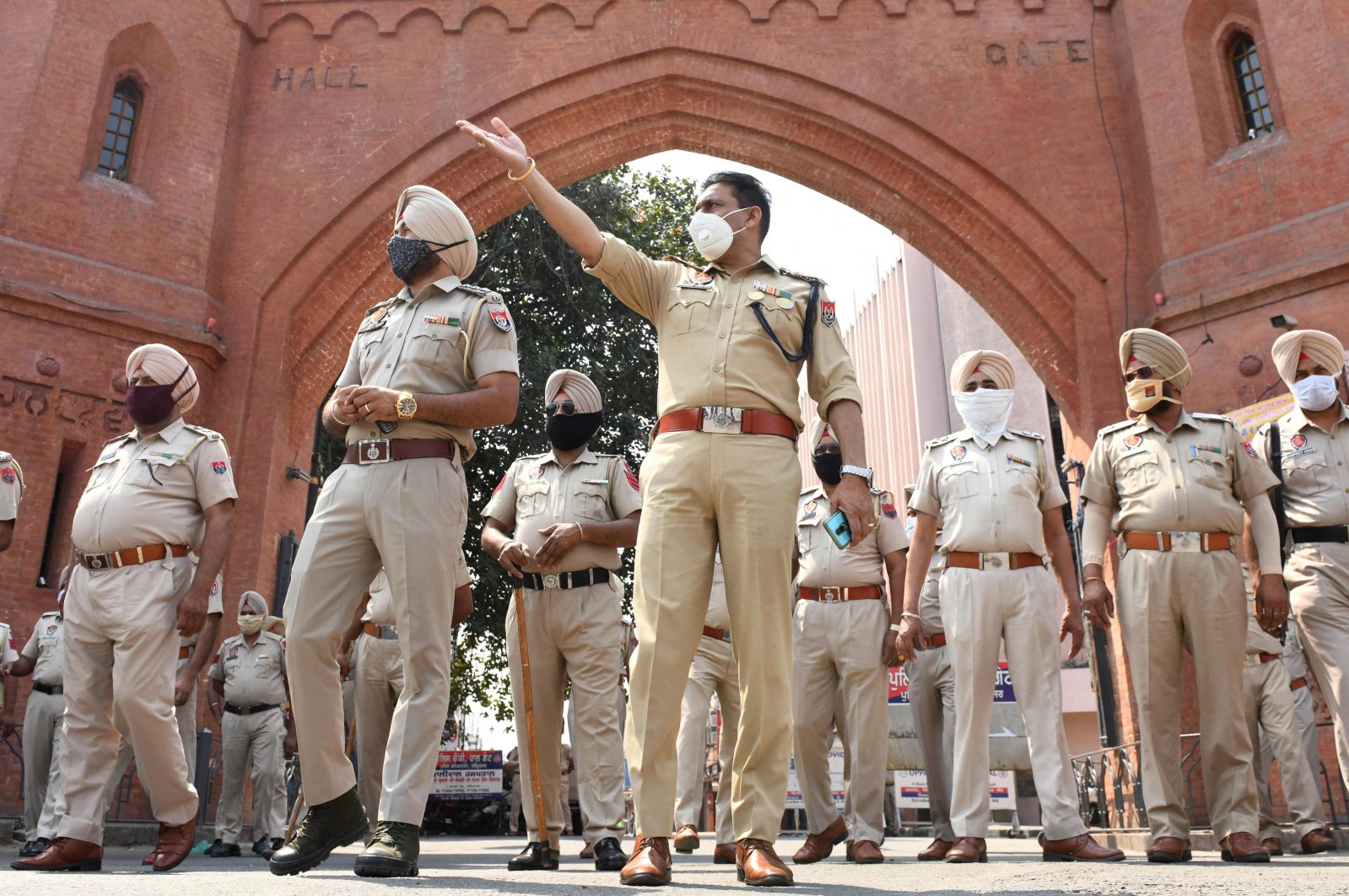 Police personnel stands guard along a street during the weekend lockdown imposed by the state government as a preventive measure against the spread of COVID-19 in Amritsar, Punjab, India, May 8, 2021. (AFP)
by French Press Agency - AFP May 24, 2021 11:48 pm
Edited By Elina Alimova
RECOMMENDED

Tensions have been high between the Indian government and the U.S media giant after Twitter earlier this year reversed its blocking of a number of accounts critical of New Delhi's new agriculture laws, which sparked violent protests by farmers, following a request from authorities.

An Indian climate activist was arrested in February after allegedly helping to create a guide to farmer protests against the laws that had been tweeted by environmentalist Greta Thunberg.

He had shared a document allegedly showing the opposition Congress party's master plan to contrast the BJP's efforts to combat the pandemic with theirs.

Congress tweeted that it had sent a letter to Twitter's headquarters in the U.S. calling for Patra's account as well as that of several other BJP representatives to be permanently suspended.

The opposition party alleged that the document shared was fake.

Delhi Police confirmed to Agence France-Presse (AFP) that they had gone to Twitter's offices to serve the notice about the tweet, but called it part of a "routine process."

"Delhi Police is inquiring into a complaint in which clarification is sought from the Twitter regarding the classification of a tweet by Shri Sambit Patra as 'manipulative,'" police said in a statement.

"It appears that Twitter has some information which is not known to us on the basis of which they have classified it as such. This information is relevant to the inquiry."

Under Twitter's rules, a post is tagged as "manipulated media" if it includes "media (videos, audio, and images) that have been deceptively altered or fabricated."

A leading fact-check organization, AltNews, said it had analyzed the documents and claimed that some were created with a forged letterhead.

Modi and the BJP have been criticized for their slow response to a new wave of COVID-19 infections that has pushed India's health care system to a breaking point and prompted several nations to send much-needed medical aid to India.

The BJP has hit back via its social media army, blaming state governments and others for ignoring what it says were Modi's repeated warnings of a second wave.

India has reported just over 26.7 million COVID-19 infections have been exacerbated by fungal infections and more than 300,000 deaths, according to health ministry data, but experts warn that the actual toll could be much higher.