US 'galvanizing collective action' against China over HK, Uyghurs 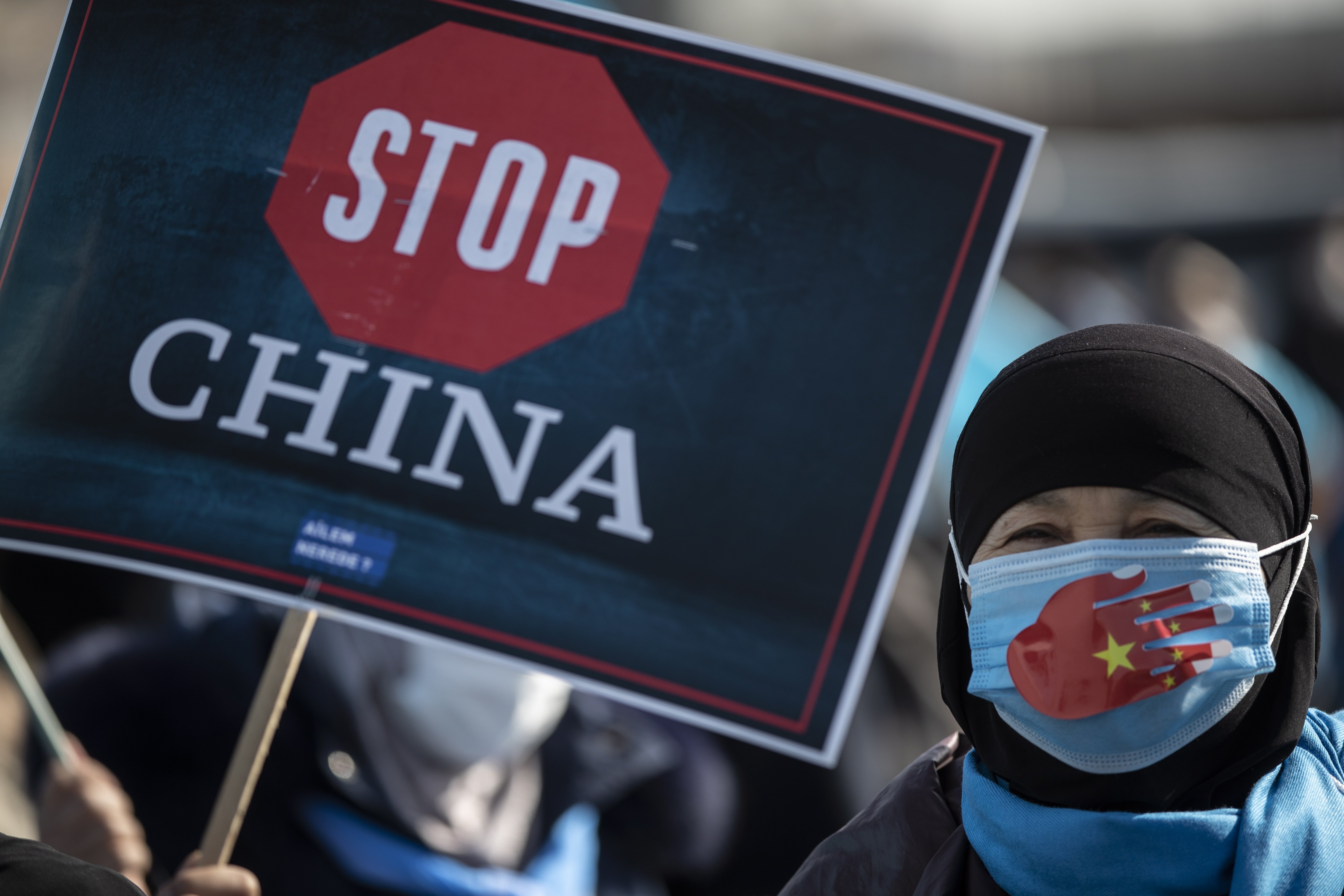 Uyghur protestors who have not heard from their families living in Xinjiang hold placards and the Uyghur flag during a protest against China, in Istanbul, Turkey, Feb. 26, 2021. (EPA Photo)
by REUTERS Mar 05, 2021 11:32 pm
RECOMMENDED

Washington is "galvanizing collective action" against Beijing over what the U.S. says is China's human rights abuses and its attack on Hong Kong's autonomy and democratic processes as it moves to change the region's electoral system.

Earlier on Friday, Beijing proposed legislation that would tighten its increasingly authoritarian grip on Hong Kong by making changes to the electoral committee that chooses the city's leader, giving it new power to nominate legislative candidates.

The measure, set to be approved during a week-long session of China's rubber-stamp parliament, would further marginalize a democratic opposition decimated after Beijing imposed national security legislation following anti-government protests that rocked Hong Kong in 2019.

"If implemented these measures would drastically undermine Hong Kong democratic institutions," he said.

Price said Washington was working to rally allies and partners to speak with one voice in condemning China's abuses that include rape and torture against minority Muslims in Xinjiang and the "repression" taking place in Hong Kong.

"I don't think anyone is satisfied yet, with the international response to what has taken place in Xinjiang. And that's precisely why we are, in many ways, galvanizing the world, galvanizing collective action, to make clear that these sort of abuses against human rights in Xinjiang and elsewhere will not be tolerated," he said.

The Biden administration, which took office in January, has endorsed a determination by the former Trump administration that China is committing genocide against Uyghur Muslims in Xinjiang and said that the United States must be prepared to impose costs on Beijing for its actions there, its crackdown in Hong Kong and threats towards Taiwan.

It is an aggressive message from Washington after Biden took heat for calling the Uyghur Muslim genocide a 'different norm.'