Austria back to COVID-19 lockdown as cases surge across Europe 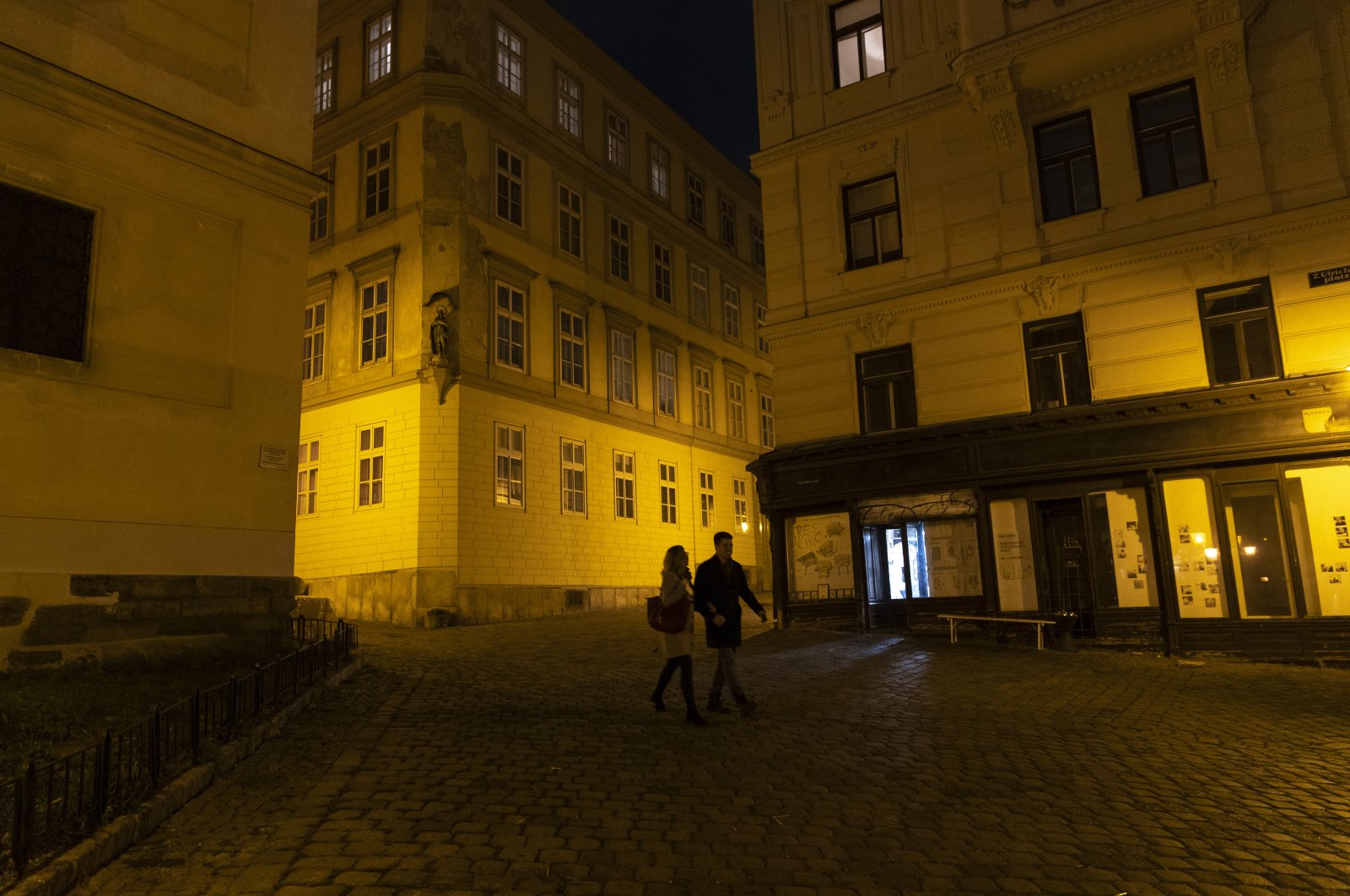 People walk on the street on the evening before the beginning of a nationwide lockdown due to rising COVID-19 infections in the country in Vienna, Austria, Nov. 21, 2021. (AP Photo)
by French Press Agency - AFP Nov 22, 2021 9:47 am
RECOMMENDED

Austria has re-entered COVID-19 lockdown, closing down shops, restaurants and holiday markets on Monday, as the number of new coronavirus cases has surged across Europe.

The decision has prompted a fierce backlash, with tens of thousands taking to the streets, some blaming the government for not doing more to avert the latest coronavirus wave crashing into Europe.

As they wake up Monday morning, Austria's 8.9 million people will not be allowed to leave home except to go to work, shop for essentials and exercise.

The Alpine nation is also imposing a sweeping vaccine mandate from Feb. 1 – joining the Vatican as the only places in Europe with such a requirement.

But not since jabs became widely available has a European Union country had to re-enter a nationwide lockdown.

Austria's decision punctures earlier promises that tough virus restrictions would be a thing of the past.

Over the summer, then chancellor Sebastian Kurz had declared the pandemic "over."

But plateauing inoculation rates, record case numbers and a spiraling death toll have forced the government to walk back such bold claims.

When that proved ineffective at squelching the latest round of infections, he announced a nationwide lockdown of 20 days, with an evaluation after 10 days.

Schools will remain open, although parents have been asked to keep their children at home if possible. Working remotely is also recommended.

Political analyst Thomas Hofer blamed Schallenberg for maintaining "the fiction" of a successfully contained pandemic for too long.

"The government didn't take the warnings of a next wave seriously," he told Agence France-Presse (AFP).

"The chaos is evident."

While many Austrians spent their weekend ahead of the stay-at-home order enjoying mulled wine or finishing shopping, a crowd of 40,000 marched through Vienna decrying "dictatorship."

Andreas Schneider, a 31-year-old from Belgium who works as an economist in the Austrian capital, described the lockdown as a "tragedy."

"I was hoping it wouldn't come to this, especially now that we have the vaccine," he said.

Called to rally by a far-right political party, some protesters wore a yellow star reading "not vaccinated," mimicking the Star of David Nazis forced Jews to wear during the Holocaust.

Alongside the "worried" citizens are others who "are becoming radicalized," Interior Minister Karl Nehammer said on Sunday, the same day around 6,000 people protested in the city of Linz.

Elsewhere in Europe – as infections soar and anti-COVID-19 measures get stricter – frustrations have also erupted into demonstrations, with some marred by clashes with police.

Over 130 people have been arrested in the Netherlands over three days of unrest sparked by a COVID-19 curfew, and in Brussels on Sunday, officers fired water cannon and tear gas at a protest police said was attended by 35,000.

In Denmark, around 1,000 demonstrators vented at government plans to reinstate a COVID-19 pass for civil servants.

"People want to live," said one of the organizers of the Dutch protests, Joost Eras. "That's why we're here."