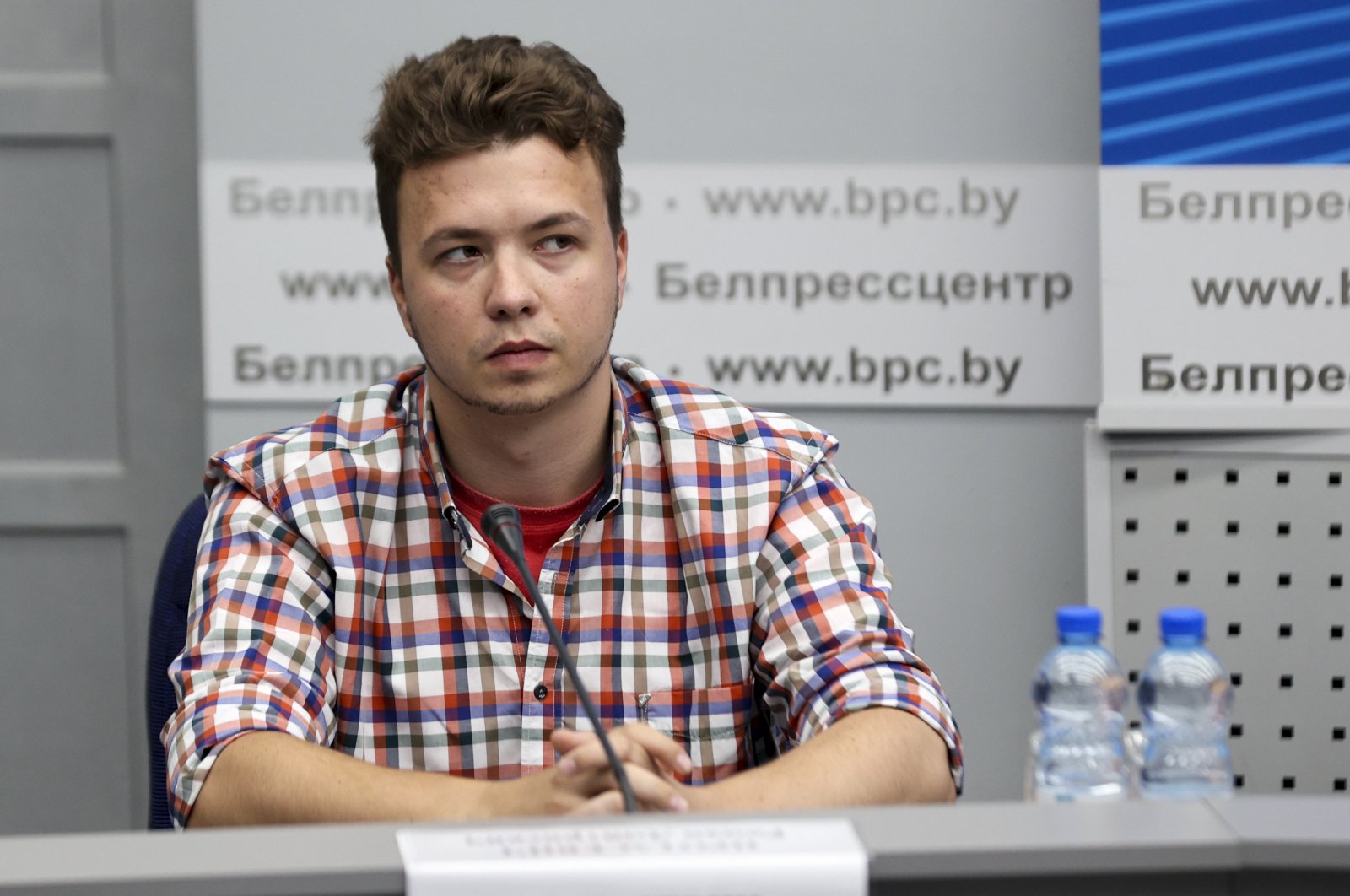 The diversion of a flight to capture a dissident Belarusian blogger made headlines last month and recently he and his Russian girlfriend were moved from jail to house arrest – "good news" but not freedom yet, according to an exiled opposition leader.

Raman Pratasevich – who ran a messaging app channel that was widely used in last year’s massive protests against hard-line President Alexander Lukashenko – and his Russian girlfriend Sofia Sapega were seized on May 23 when their flight from Greece to Lithuania was diverted to Minsk because of an alleged bomb threat.

Both Pratasevich and Sapega have remained in detention ever since. Pratasevich, who faces a potential 15 years in prison, has been shown on state television expressing regret for his activities. The opposition has said he spoke under duress.

Opposition leader Sviatlana Tsikhanouskaya on Friday called moving Pratasevich and Sapega to house arrest "good news,” but stressed it is not the end. "House arrest is not freedom; they're still facing charges, their every step is still being watched. It means they're still hostages,” said Tsikhanouskaya, who left Belarus for Lithuania last year under pressure from the authorities.

Tsikhanouskaya added that she and her team are in touch with Pratasevich's parents, who "aren't given any information about their son, aren't allowed to talk to him" and are "convinced that the regime is playing a game, using Raman and Sofia's lives.”

Sapega's lawyer, Anton Gashinsky, confirmed to The Associated Press that she was recently transferred under house arrest without specifying when exactly it happened. She resides in a rented apartment in Minsk, and her parents met her on Thursday at a restaurant.

Gashinsky said she wasn't alone at the restaurant, but wouldn't clarify whether she was with Pratasevich.