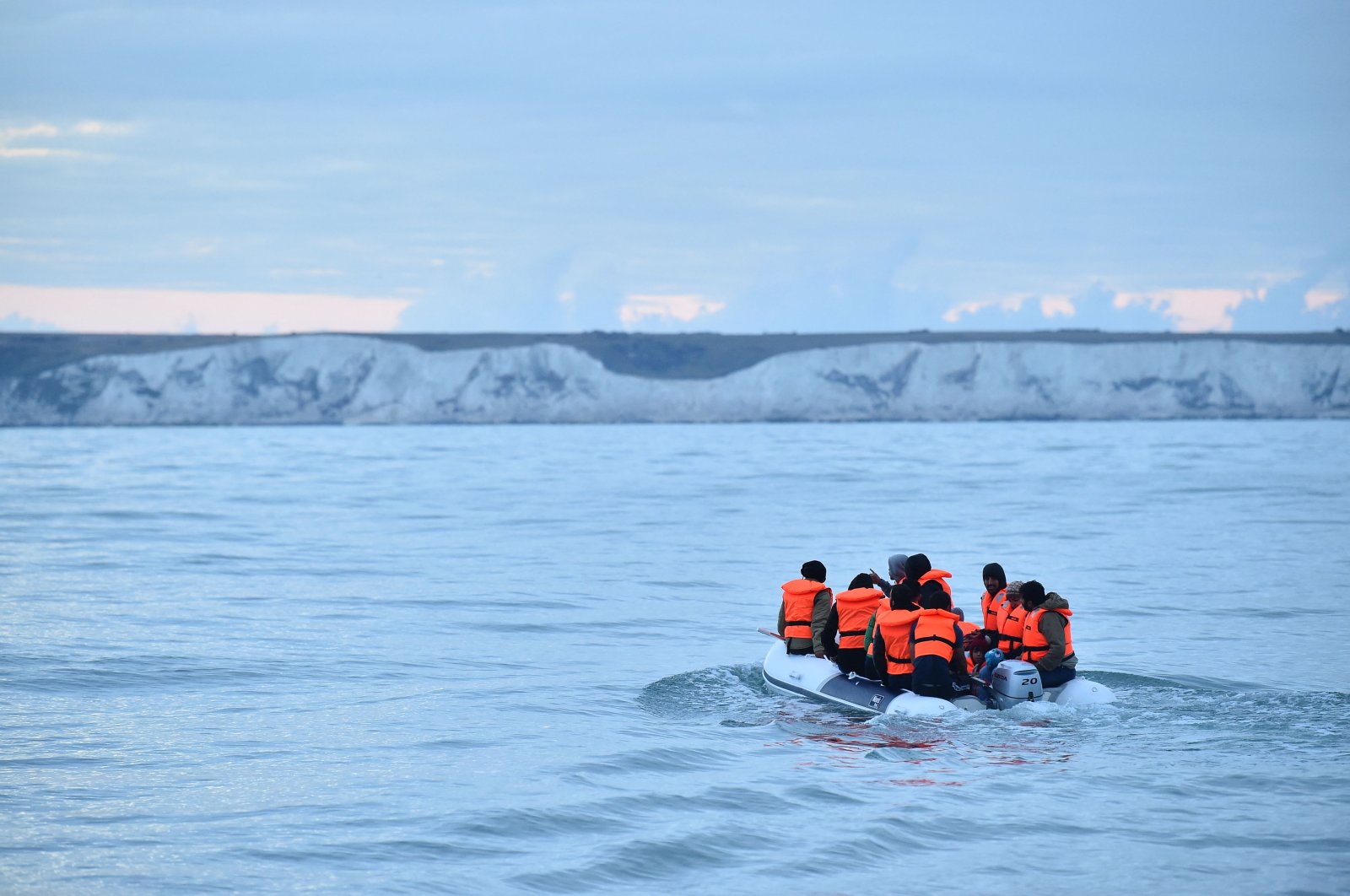 Migrants in a dinghy sail in the Channel toward the south coast of England after crossing from France, Sept. 1, 2020. (AFP Photo)
by Associated Press Mar 24, 2021 5:06 pm
RECOMMENDED

The British government said Wednesday it will toughen immigration rules to make it harder for people who arrive by unauthorized routes such as small boats and truck stowaways to be given asylum, which drew criticism from humanitarian groups.

Home Secretary Priti Patel said asylum-seekers who come to Britain through organized, sponsored routes, will have their refugee claims considered promptly and will be given support to settle.

Those who sneak into the country will only be given temporary permission to stay, will receive limited benefits and will be "regularly reassessed for removal from the U.K.” Patel said the system would be "fair but firm.”

"People are dying at sea, in lorries and in shipping containers,” she said. "To stop the deaths we must stop the trade in people that cause them.”

Refugee groups and immigration lawyers say the plan unfairly discriminates against refugees based on the way they got to the U.K.

"The proposals effectively create an unfair two-tiered system, whereby someone’s case and the support they receive is judged on how they entered the country and not on their need for protection,” said Mike Adamson, chief executive of the British Red Cross. "This is inhumane.”

However, Patel said the changes are needed to stop illegal people-smuggling rings, and will make the system fairer because it won’t give an advantage to those who can pay for their passage.

"What is inhumane is allowing people to be smuggled through illegal migration, and that is what we want to stop,” she told the BBC. "We will create safe and legal routes to enable people to come to the United Kingdom in a safe way."

Successive British governments have grappled with the issue of migrants using northern France as a launching point to reach Britain, either by stowing away in trucks or on ferries, or in small boats organized by people smugglers.

In 2020, about 8,500 people arrived in Britain by crossing the Channel in small boats, and several died trying to make the journey. Others have died while being smuggled by truck, including 39 Vietnamese migrants found dead in a refrigerated container in 2019 in the English town of Grays, east of London.

The British and French governments have worked for years to stop the people-smuggling journeys, without much success. The new U.K. measures, which have not yet been made into legislation and approved by parliament, also include longer sentences for people-smugglers and tougher checks to catch adults claiming to be children.

The government also promised to speed up asylum decisions and quickly remove those who fail, promises British governments have made and failed to keep for years. Critics of the government say bureaucratic backlogs left many asylum-seekers waiting years for decisions on their status.

The global COVID-19 pandemic has bogged down the system even further. The U.K. government says 35,099 people made asylum applications in Britain in the year to March 2020. That’s about a third of the number of applicants in Germany and less than half the total for Spain and France.

Britain’s position is also complicated by Brexit. Since leaving the European Union, the U.K. no longer has a deal with its European neighbors to return people who have snuck across the Channel.