Europe becomes only region with rising COVID-19 mortality: WHO 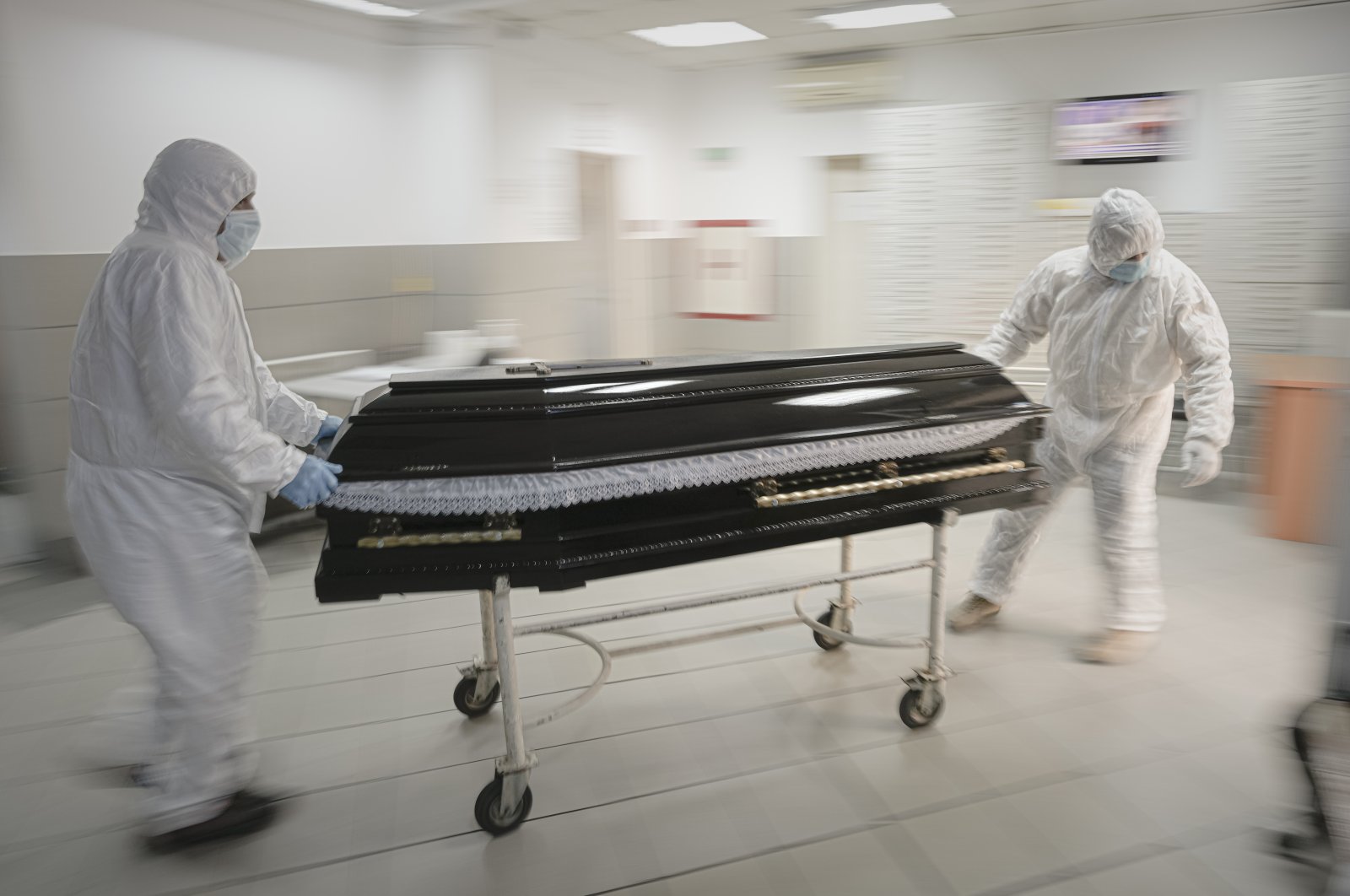 Funeral house employees drag a coffin on a trolley as they arrive at the University Emergency Hospital morgue to take a COVID-19 victim for burial, in Bucharest, Romania, Nov. 8, 2021. (AP Photo)
by ASSOCIATED PRESS Nov 17, 2021 4:05 pm
RECOMMENDED

The World Health Organization (WHO) says coronavirus deaths in Europe rose by 5% in the last week, making it the only region in the world where COVID-19 mortality increased. The United Nations health agency said confirmed cases jumped 6% jump globally, driven by increases in the Americas, Europe and Asia.

In its weekly report on the pandemic issued late Tuesday, WHO said COVID-19 deaths in all regions other than Europe remained stable or declined, and totaled 50,000 worldwide last week. Of the 3.3 million new infections reported, 2.1 million came from Europe.

It was the seventh consecutive week that COVID-19 cases continued to mount across the 61 countries WHO counts in its European region, which stretches through Russia to central Asia.

While about 60% of people in Western Europe are fully immunized against COVID-19, only about half as many are vaccinated in the eastern part of the continent, where officials struggle to overcome widespread vaccine hesitancy.

WHO said infections have been falling in Africa, the Middle East and Southeast Asia since July.

Within Europe, WHO said the highest numbers of new cases were in Russia, Germany and Britain. It noted that deaths jumped by 67% in Norway and by 38% in Slovakia.

The health agency previously described Europe as being the epicenter of the ongoing pandemic and warned that there could be 500,000 more deaths by January if urgent actions aren’t taken.

In the last week, Austria, the Netherlands and some other countries reintroduced some lockdown measures to try to slow infections, while the United Kingdom decided to roll out booster doses to everyone over age 40.