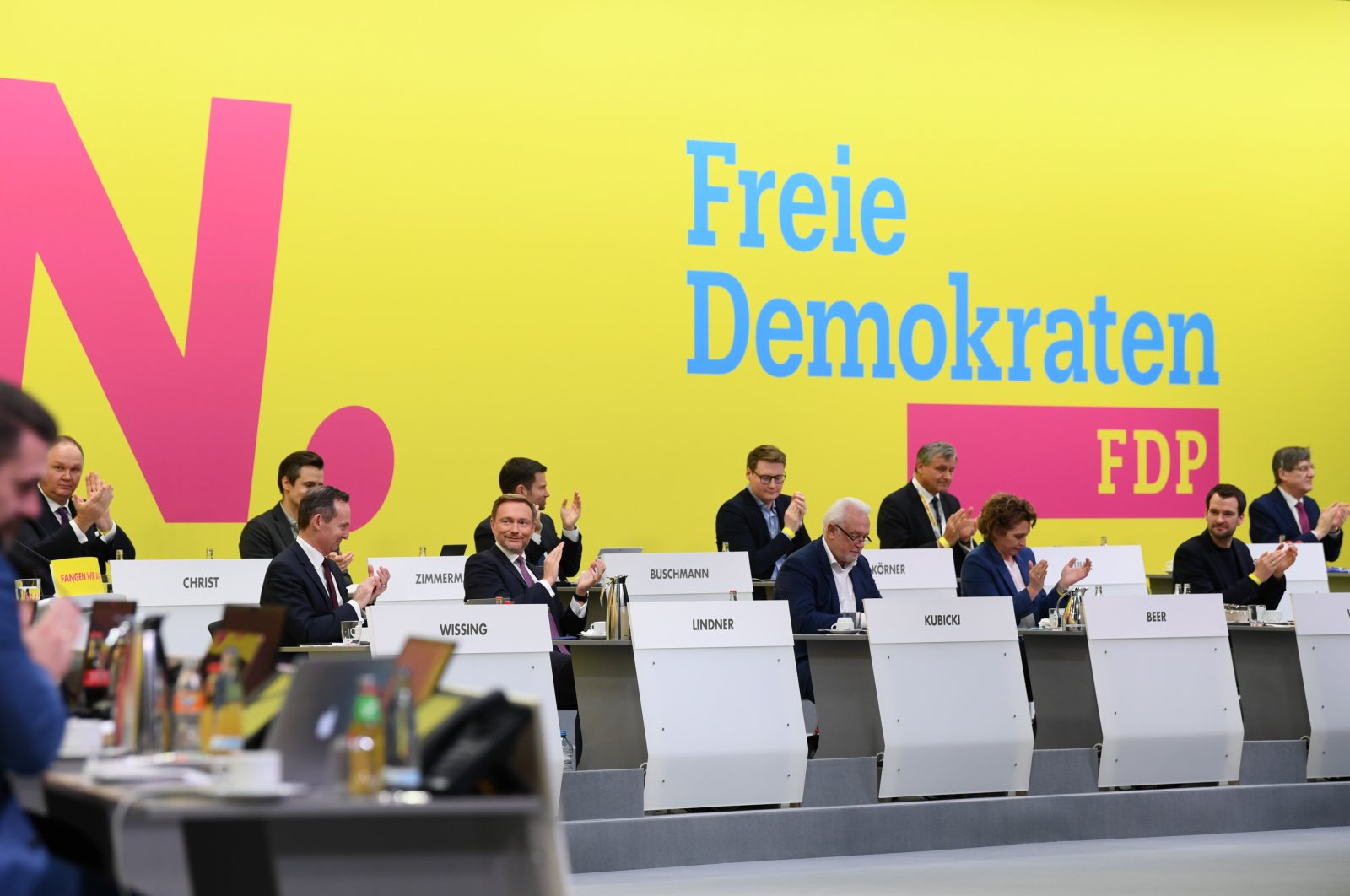 The Free Democrats reached an agreement last month to form a coalition with Scholz's Social Democrats and the environmentalist Greens, effectively crossing the aisle to ally with the two parties.

"This is a coalition agreement for policies of the center, which won't shift our country to the left but wants to move it forward," party leader Christian Lindner told a largely online party convention.

Delegates voted 535 to 37 to approve the agreement, with eight abstentions. After the Social Democrats backed it overwhelmingly on Saturday, only one more hurdle remains before parliament can elect Scholz on Wednesday. That is the result of a ballot of the Greens’ 125,000-strong membership, which is expected on Monday – the biggest challenge for the deal but one it is expected to pass.

Germany's new government aims to step up efforts against climate change and do more to modernize the country, including improving its notoriously poor cellphone and internet networks. It also plans more liberal social policies, including legalizing the sale of cannabis for recreational purposes and easing the path to German citizenship, while pledging greater efforts to deport immigrants who don't win asylum.

At the Free Democrats’ insistence, the prospective partners have said they won’t raise taxes or loosen curbs on running up debt. Lindner is set to become Germany's new finance minister, and the party also will get the transport, justice and education ministries.

The Free Democrats governed West Germany as the Social Democrats' junior partner under Chancellors Willy Brandt and Helmut Schmidt from 1969 to 1982. But since then, they have allied largely with the center-right Union bloc of outgoing Chancellor Angela Merkel.

However, the Union's election defeat in September and ensuing turmoil in the center-right bloc made the three-way alliance under Scholz a more realistic option.

Merkel, who has remained in office as a caretaker chancellor while the new government was being negotiated, will step down this week after 16 years at Germany's helm. She did not seek reelection. Her party will now go into opposition.