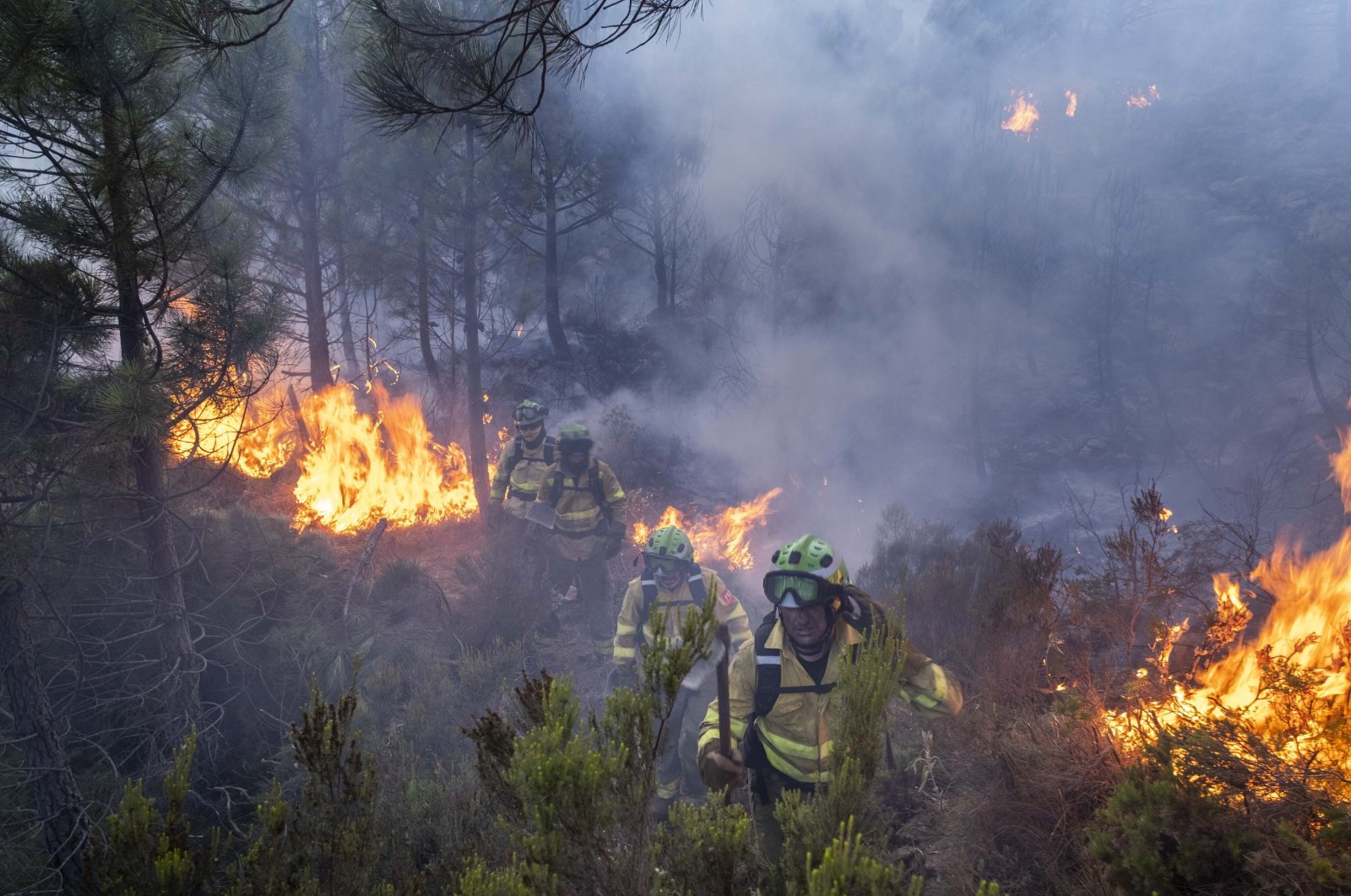 Firefighters battling a "monster" wildfire in southern Spain were given a breather when light rain sprinkled the region. While the small showers won't entirely extinguish the fire, they will allow crews to better concentrate their firefighting efforts.

Around 500 firefighters and 51 water-dropping planes have been tackling the blaze, which officials believe was started deliberately last Wednesday in the southern Malaga province, the regional government said. The fire has caused the death of a firefighter and forced the evacuation of around 2,600 people

Firefighters were backed by some 260 soldiers from the military's emergency brigade, who on Sunday joined efforts to control the blaze in the Sierra Bermeja mountains.

When it began to rain, elderly residents who had been evacuated and taken to a center in the town of Ronda, broke into applause, local television images showed.

But firefighters said that while the rain will wet tinder-dry vegetation and cool down the blaze, it will not be enough to bring it under control.

"The rain will not put out the fire," Juan Sanchez, head of the Andalucia region's firefighting agency, told reporters.

"But in places where we have it under control, it will help shorten the time to extinguish it completely."

The fire, described by local emergency services as "complex and exceptional," has so far destroyed some 8,000 hectares (20,000 acres) of land.

Authorities had on Sunday evacuated some 1,600 people from six villages as a precaution.

Around 1,000 people, who had been evacuated from the coastal resort of Estepona when the blaze first began, were on Monday allowed to go back home.

"Controlling it today seems like too much to ask but there is a ray of hope," regional environment minister Carmen Crespo told news radio Ser.

Devastating wildfires fuelled by hot temperatures have hit several Mediterranean countries over the summer this year, including Greece, Italy, Turkey and Algeria.