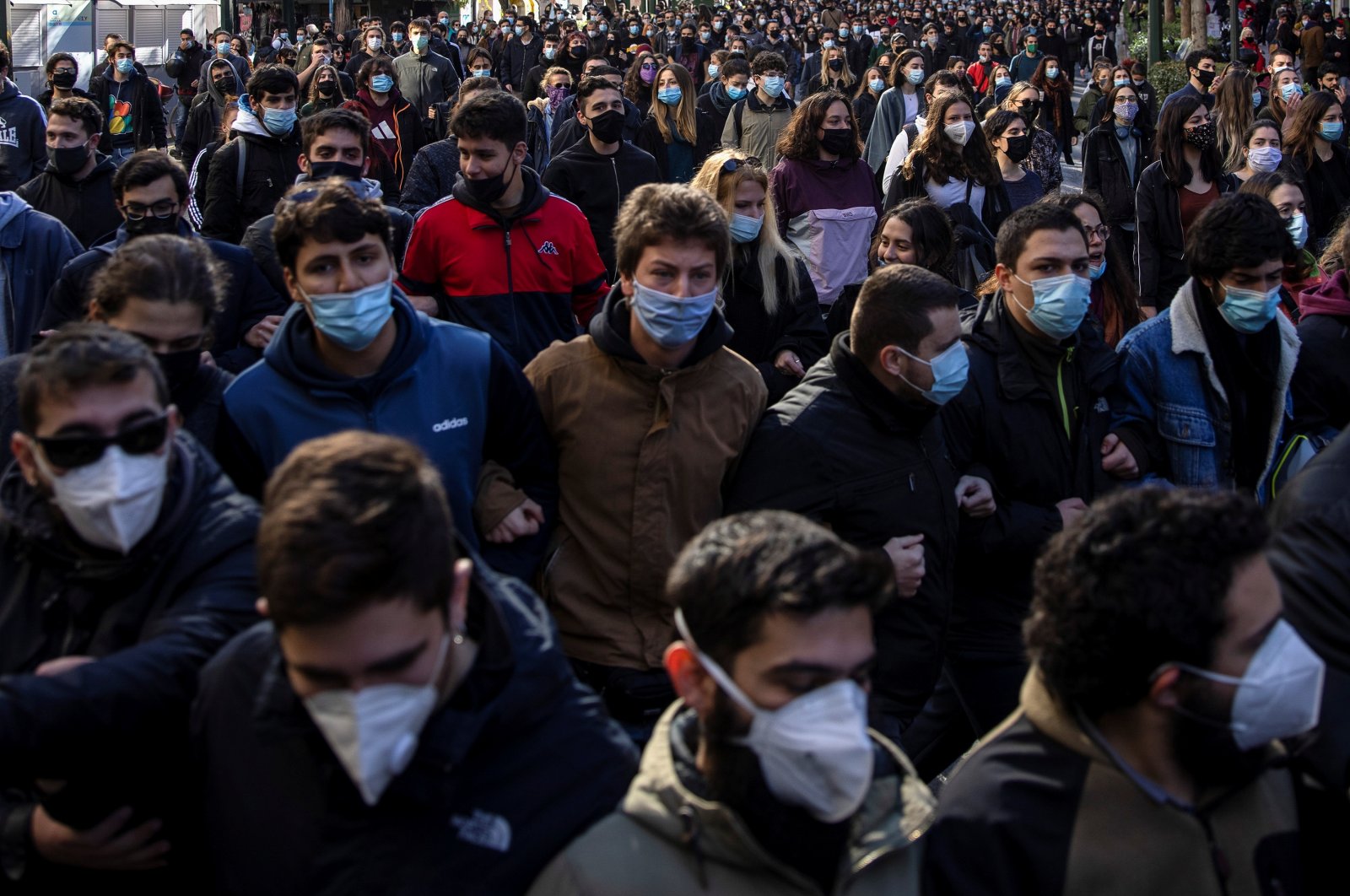 Thousands of university students gathered in Athens and Greece's second-largest city Thessaloniki Thursday to fight an education bill that would add a new police force for universities, empowered to arrest and charge those considered “troublemakers.” The students say the law could harm freedom of expression on campus.

About 4,000 people, wearing masks to protect against the virus, marched through the streets of Athens, while another roughly 1,500 protesters demonstrated in Thessaloniki.

Students and teachers oppose education reforms that include plans to set up a state security division on university campuses. On Tuesday, the government announced a ban on protests attended by more than 100 people until Feb. 1, as part of measures to contain the spread of the coronavirus. Violations are punishable by fines of up to 3,000 euros ($3,650) for individuals organizing rallies or demonstrations, and 5,000 euros for groups or organizations. It wasn't immediately clear if any fines would be imposed on the organizers of Thursday’s protests.

Left-wing parties criticized the demonstration ban, with the main opposition Syriza party describing it as "arbitrary and undemocratic."

Greece has been under lockdown-type restrictions since early November, when a surge in coronavirus cases saw the country’s health system come under strain. Although hospitalizations in intensive care units (ICU) have eased somewhat, the number of new daily confirmed cases hasn't fallen significantly despite the restrictions.

On Wednesday, the country reported 858 new infections and 32 new deaths. Since the start of the pandemic, the country of around 11 million people has seen a total of just over 154,000 cases and 5,724 deaths. It began a vaccination drive in the last days of December, and so far more than 213,000 shots have been administered.

The Greek government's coronavirus crisis committee is set to meet on Friday to discuss the current measures and situation. Athens last week loosened a strict lockdown that had been in place for months, allowing most businesses, as well as primary schools and kindergartens, to reopen.