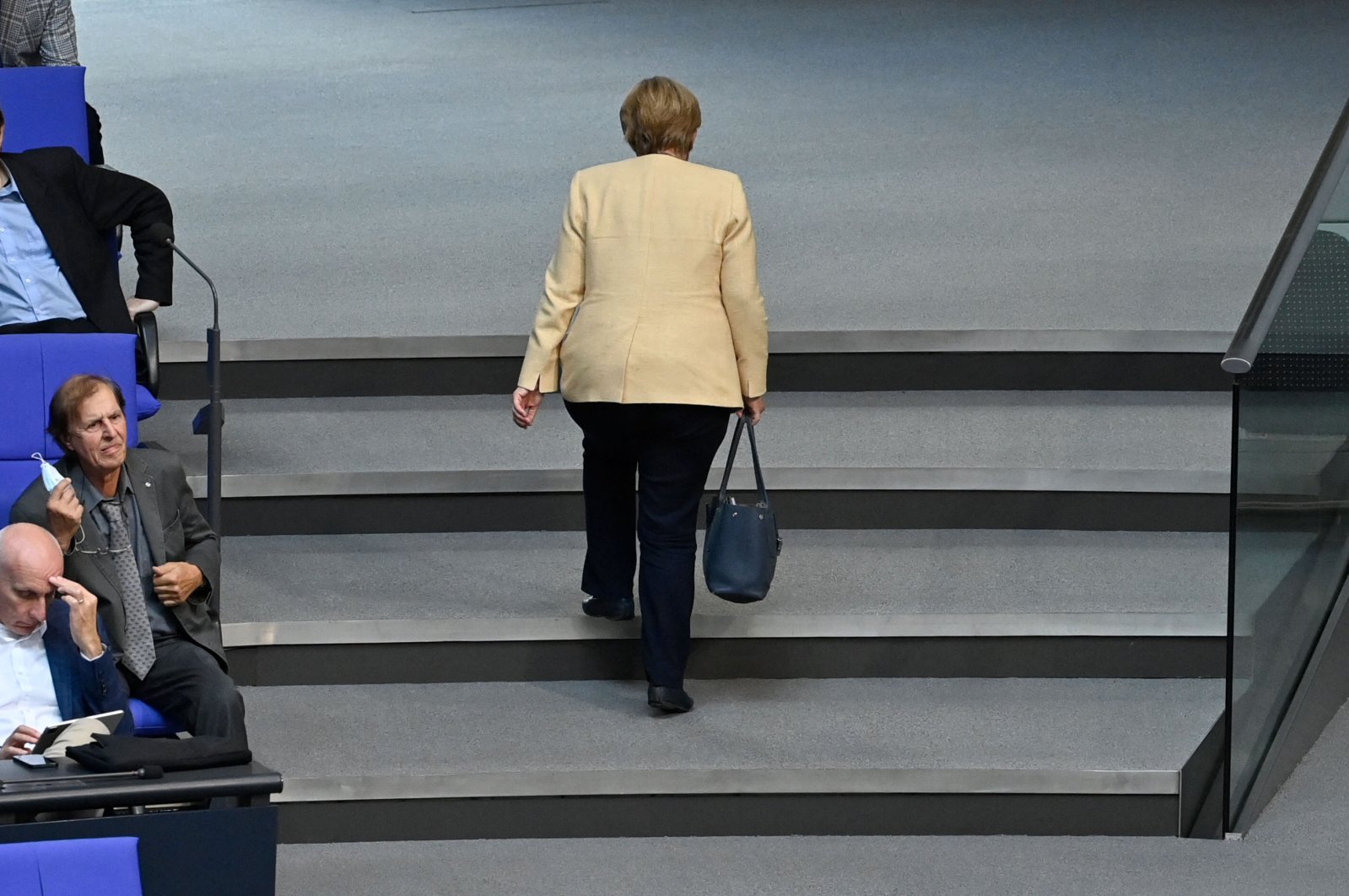 Support for Chancellor Angela Merkel's conservative bloc has fallen to an all-time low of 19%, a Forsa poll showed on Tuesday, less than three weeks before a German election, while the center-left Social Democrats (SPD) extended their lead to six points, thanks to the relative popularity of Vice Chancellor Olaf Scholz, also Germany's finance minister.

The Forsa poll for RTL/n-tv put the conservative bloc led by Armin Laschet, whose hopes of succeeding Merkel as chancellor of Europe's biggest economy are waning, down two points from the previous week. N-tv said that was the lowest level ever hit by the conservative bloc, made up of Merkel's Christian Democratic Union (CDU) and its Bavarian Christian Social Union (CSU) sister party.

According to Deutsche Presse-Agentur (dpa), the poll put the SPD at 25%, the Greens at 17% and the Free Democrats (FDP) at 13%. The far-left Linke, who could theoretically team up in a leftist alliance with the SPD and Greens, whose co-leader Annalena Baerbock is making the party's first run for chancellor, was at 6% and the far-right Alternative for Germany (AfD) at 11%.

On Tuesday, Merkel painted a rosy picture of her government's record and assailed the possibility of a future left-wing administration, seeking to boost her struggling party's candidate as she addressed what is expected to be the German parliament's last session before the Sept. 26 election.

Merkel also rebuked her deputy, who is a rival party's candidate to succeed her and currently leading polls, over a comment in which he jokingly described people who have been vaccinated against COVID-19 as "guinea pigs.”

An unusually partisan speech to lawmakers by Merkel, who has largely stayed out of the campaign on the grounds that outgoing leaders should hold back, appeared to reflect mounting concern over her center-right Union bloc's prospects under Laschet.

They suggest a variety of possible governing coalitions. As the Union's poll ratings have declined, its leaders have issued increasingly frequent warnings that Scholz and the Greens would bring the hard-left opposition Left Party, which dislikes NATO and opposes German military missions abroad, into government. Scholz hasn't ruled that out, but it's clearly not his favored option.

Merkel told lawmakers that the upcoming vote is "a trend-setting election for our country in the most difficult of times.” Voters can choose between a government in which the Social Democrats and Greens "accept the support of the Left Party, at least don't rule it out, or a German government ... led by Armin Laschet as chancellor,” she said, according to remarks carrie by The Associated Press (AP).

"His government will stand for stability, reliably and moderation, and that is exactly what Germany needs.” Merkel set out what she sees as the achievements of her final term, including progress on legislation to fight climate change. She also argued that Germany has made "significant progress” in digitization and infrastructure, although she conceded that "there are still small difficulties in many places.”

Baerbock said, "We have a gigantic problem, that we don't just lack internet in rural regions but in many, many areas of our country.”

Merkel said that years of efforts to support research have borne fruit, for example in the development in Germany of one of the major vaccines against COVID-19. And she rebuked Scholz directly over comments aimed at restoring momentum in the country's vaccination campaign.

Scholz recently said that 50 million people have been fully vaccinated and, "We were all the guinea pigs for those who so far have held off.” He said his message as someone who has been vaccinated and to stress that it had worked, encouraging others who are hesitant to follow suit.

"Of course, none of us was and is any way a guinea pig when it comes to vaccination," Merkel said. "No one – neither Olaf Scholz nor me, and no one else.”

"We all agree that many more people must still be convinced to get vaccinated, but if we want to convince people that has to be done with arguments and not with, to put it mildly, slanted pictures of ‘guinea pigs,’” Merkel said. Laschet also urged Scholz to "moderate your language.”

Scholz responded that people can be convinced with humor. "If some people don't want to laugh and get worked up about it, perhaps it has something to do with the fact that they don't have much to laugh about with a view to their poll ratings,” he said. Scholz, Baerbock and Laschet, the governor of Germany's most populous state, traded barbs over their election programs in Tuesday’s debate.

Laschet renewed pledges to work for a "climate-neutral economy” through research, innovation and a market-oriented approach, and argued that much "can't be achieved by bans." Pointing to his rivals' plans to raise taxes for the highest earners, he said that "increasing taxes and running up debt is the wrong way” forward.

Baerbock said that, "The market won't deal with the climate crisis, because the market doesn't care about people.”

She said the election will "decide whether the next government can actively exert an influence on the climate crisis or not," and that the issue must be the next administration's focus. Scholz attacked the Union's plans for Germany, contending that another government led by the bloc "would cost Germany prosperity and jobs.”