Moldova becomes 1st nation in Europe to get vaccines under COVAX 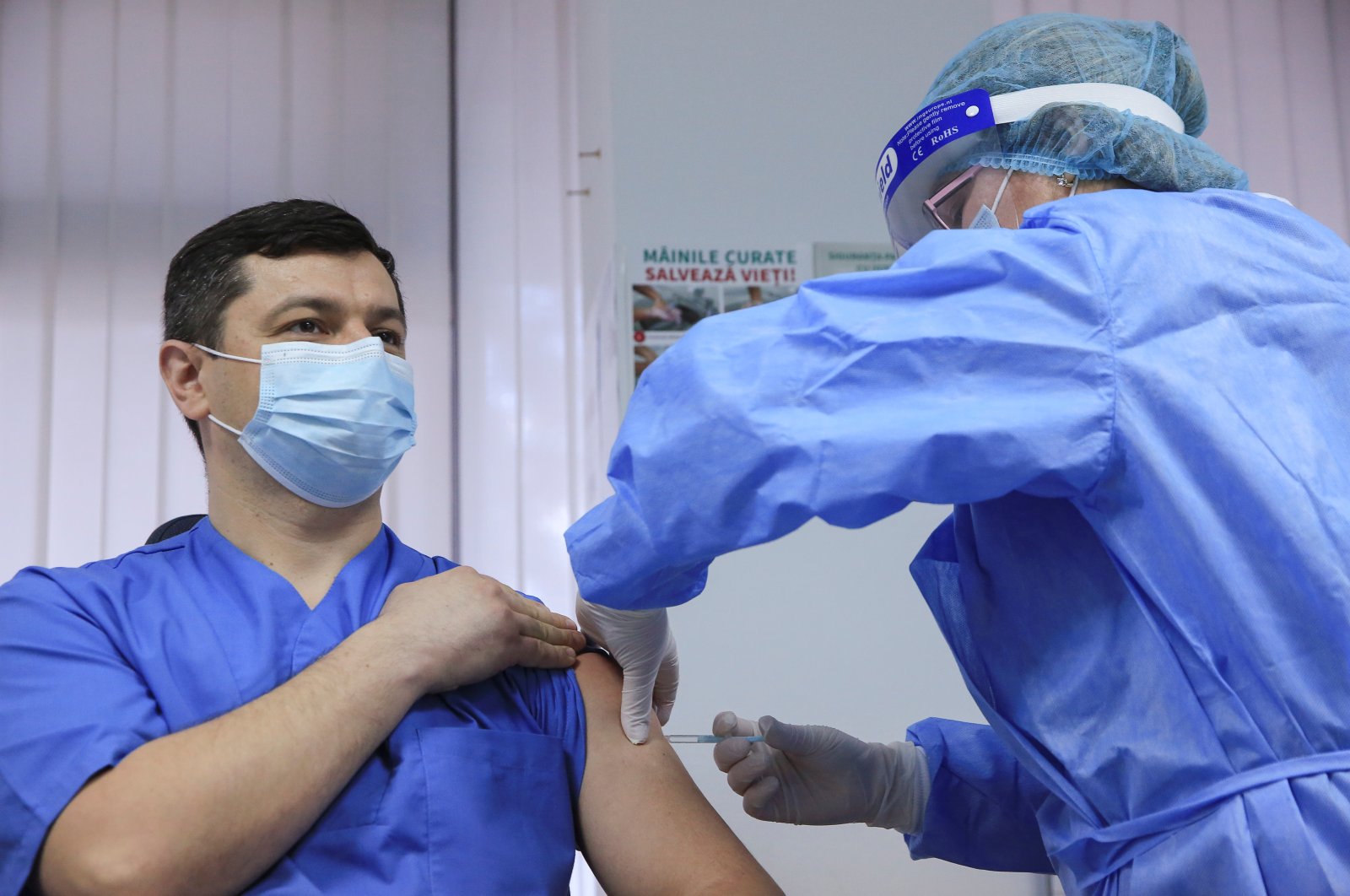 A man receives a dose of the AstraZeneca vaccine against the coronavirus disease at a hospital in Chisinau, Moldova March 2, 2021. (Reuters Photo)
by REUTERS
Mar 05, 2021 1:15 pm

The first batch of 14,400 doses arrived in Moldova last night, Sandu said on Twitter. Moldova and neighboring Ukraine, two of Europe's poorest countries, have lagged behind the rest of the continent in the scramble for vaccines and welcomed donations from friendly governments.

Last week Chisinau also received the first batch of AstraZeneca COVID-19 vaccine, which was shipped to Moldova by Romania.

In December, Romanian President Klaus Iohannis said Bucharest would donate 200,000 doses of vaccine to Moldova in a gesture of solidarity following the election of the pro-Western Sandu.

Sandu's office denied doing so. Moldova has reported 191,197 coronavirus cases with 4,049 deaths as of March 4.