Once pride of EU, Frontex under fire for migrant pushbacks 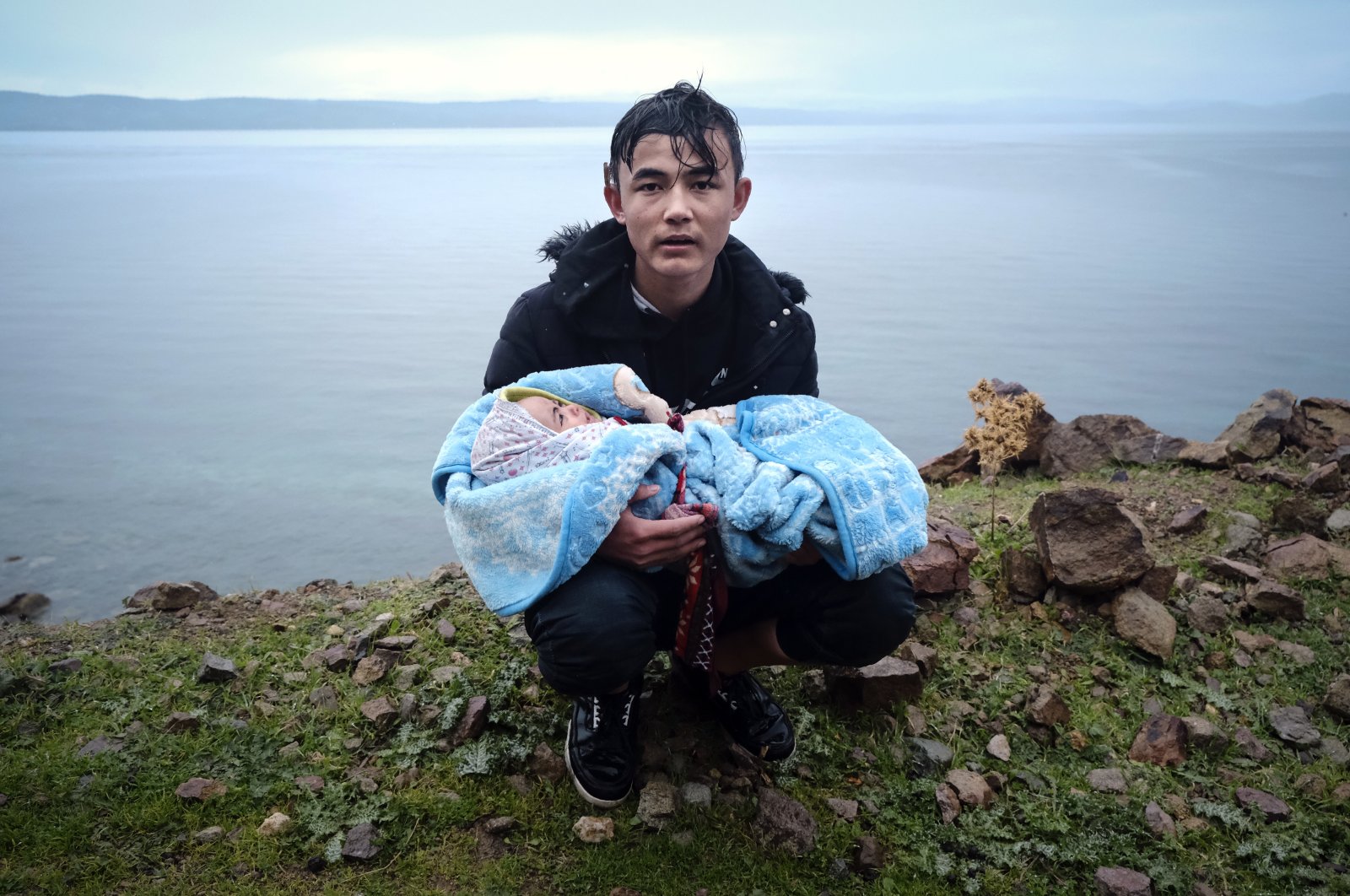 A migrant holding a baby pauses on the side of the road while walking to the village of Skala Sikaminias on the Greek island of Lesbos after crossing the Aegean sea from Turkey on a dinghy, March 5, 2020. (AP)
by ASSOCIATED PRESS Mar 14, 2021 12:12 pm
RECOMMENDED

The European Union’s border and coast guard agency Frontex, tasked with watching over the 27-nation bloc’s frontiers, watching for those seeking entry without authorization, is itself under surveillance – and under fire.

In the European Parliament, calls have come for Executive Director Fabrice Leggeri to resign. Some lawmakers say he’s mishandled allegations that the agency was involved in fundamental violations of migrants' rights.

Charity groups and media outlets accuse Frontex of denying people their right to apply for asylum – which is illegal under EU law and refugee treaties. They say it was also complicit in or failed to prevent, alleged pushbacks at sea by Greece's coastguard, where migrants were returned to Turkish waters.

Although the agency was supposed to have hired 40 fundamental rights officers by December, it still hasn’t.

An inquiry found no link between Frontex and Aegean pushbacks. But the Parliament has set up a “scrutiny group,” to delve into the reports and human rights concerns. The EU’s anti-fraud office is also looking at them, and at claims of misconduct by senior managers.

Even as criticism mounts, Frontex’s powers are growing. In coming years, the agency is projected to swell to a 10,000-strong standing force, with armed officers and hi-tech surveillance equipment. Its budget has ballooned to 5.6 billion euros ($6.7 billion) over the next seven years.

In 2014, the year before the EU's migrant challenge hit its peak, the agency had an annual budget of around 100 million euros and had to request border staff from member countries.

Its role is expanding too. Recently, when the United Kingdom left the EU, it insisted that Frontex handle border controls at the airport in the British territory of Gibraltar rather than Spanish officers.

But as Frontex’s powers and duties grow, so does the need for oversight.

“It is, in my view, the most important agency in the whole European Union. And with power and funding comes responsibility, and of course safeguards and scrutiny,” EU Migration Commissioner Ylva Johansson told investigating EU lawmakers on March 4.

Moreover, any failures at Frontex are an added embarrassment for nations that for years have been deeply divided over who should take responsibility for people entering without authorization and whether other member states should be obliged to help out.

“In the absence of the EU agreeing on migration management, what happens on the ground firmly shapes how the EU is viewed from the outside,” Hanne Beirens, at the Migration Policy Institute, told The Associated Press (AP).

The question is: who exactly is at the helm when it comes to Frontex?

The agency is supervised by a management board comprised of national interior ministry, police and border officials which establishes its work plan and operations. The Commission, which supervises the respect of EU laws, has two of the 28 board seats.

Leggeri, a French civil servant named Executive Director in 2015 just as hundreds of thousands of Syrian refugees were arriving in Europe, is tasked with carrying out the board's strategy. The posts of deputy director and a number of other senior positions are unfilled.

On paper, Frontex is legally accountable to the 27 member countries and the European Parliament. The Commission, through Johansson, has political but not legal responsibility for Frontex’s actions.

Out on the sea, or at land borders, though, Frontex operations are controlled by the country whose territory they take place on. In the Aegean, where many pushbacks have been reported, that means the Greek coastguard. This is where the lines of responsibility get muddy.

Frontex and Greece vehemently deny carrying out pushbacks, and the inquiry cleared the agency, although it did expose “monitoring and reporting” failures. But Leggeri requested twice last year that Athens probe the conduct of the Greek coastguard.

He also told the EU lawmakers that when Turkey waved thousands of migrants through to its borders with Greece last March, Athens decided in an emergency measure “to make optimal use of the provisions on interception” to stop the attempted influx.

That means, Leggeri said, “that in some cases the migrants’ boats can be instructed not to stay in the territorial waters or not to enter.” To some, that might appear to be the very definition of a pushback, and it begs the question: should Frontex comply when an order to intercept a migrant boat might actually be breaking the law?

These blurred legal definitions, unclear lines of command and the conflicting interests of coastal or inland EU member countries make the Frontex ship a complex one to command.

German conservative lawmaker Lena Duepont – a European Parliament “scrutiny group” member – told the AP that there's plenty of room to improve “the management ecosystem of the agency,” especially the way Frontex is growing.

“It’s the first time that we have someone wearing a gun, someone wearing a European uniform,” as part of a standing corps rather than officers sent on request from member countries, she said. Frontex is more “European than ever before, and this is a drastic change within the agency.”