Putin compares Russian crackdown on dissidents with US Capitol unrest 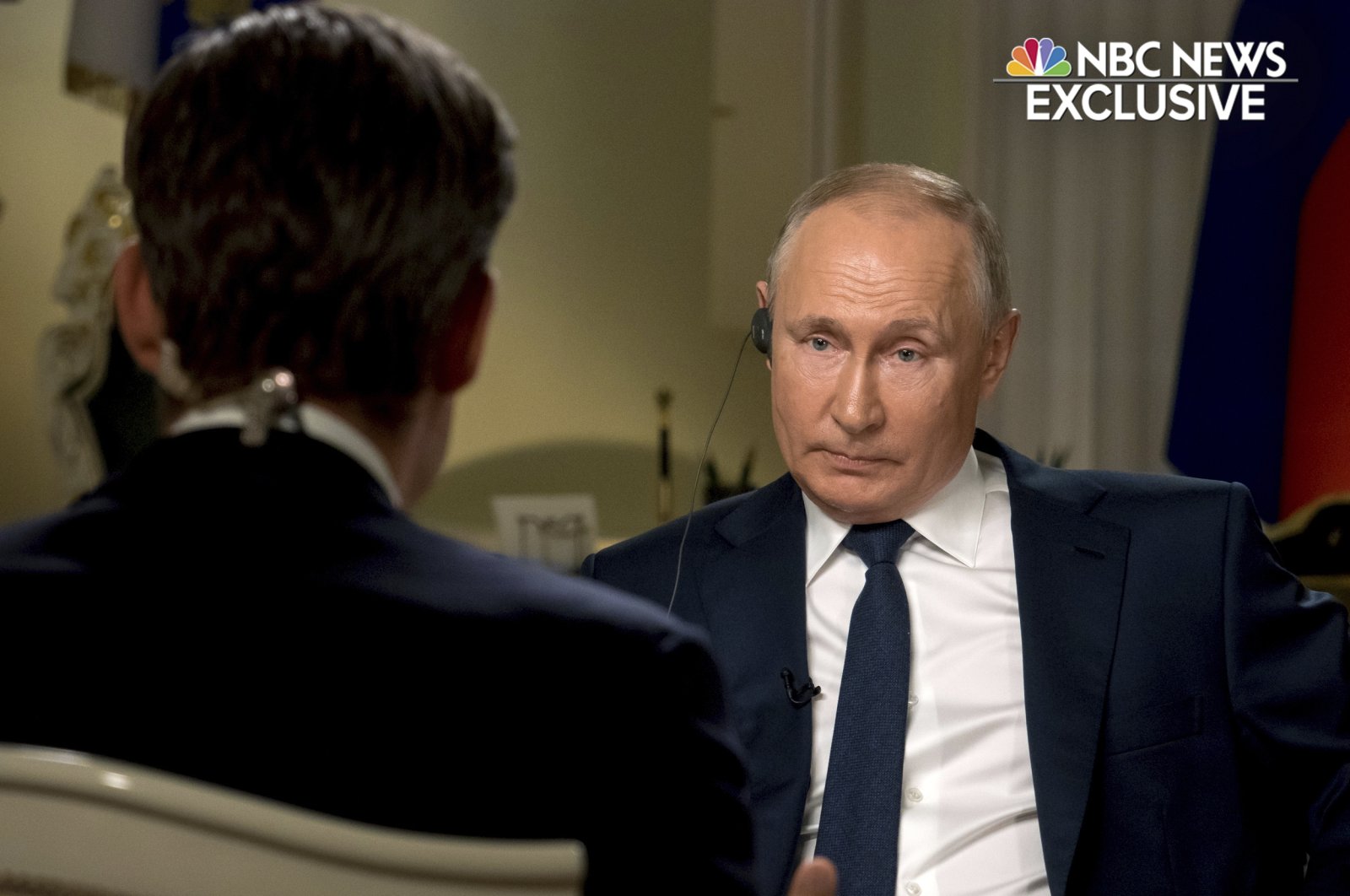 Russian President Vladimir Putin, who is to meet President Joe Biden at a summit Wednesday, has suggested that the hundreds of people arrested for storming the U.S. Capitol are being subjected to "persecution for political opinions.”

Putin is likely to come under strong criticism from Biden at their meeting in Geneva for moves against his political opponents in Russia, particularly the imprisonment of opposition leader Alexei Navalny, the detention of thousands of demonstrators protesting his arrest, and the outlawing of Navalny’s organizations as extremist.

"You are presenting it as dissent and intolerance toward dissent in Russia. We view it completely differently,” he said in an interview with NBC News broadcast Monday. He then pointed to the Jan. 6 unrest in Washington when protesters barged into the Capitol to try to halt the count of electoral votes to certify Biden’s election victory over Donald Trump.

"Do you know that 450 individuals were arrested after entering the Congress? ... They came there with political demands," he said.

Putin also reiterated denials that the Kremlin was behind last year's poisoning of Navalny with a nerve agent that nearly killed him. "We don't have this kind of habit, of assassinating anybody,” Putin said. "Did you order the assassination of the woman who walked into the Congress and who was shot and killed by a policeman?”

Putin said, referring to Trump supporter Ashli Babbitt, who was fatally shot by a Capitol Police officer as she tried to climb through a window that led to the House floor.

Putin also sharply dismissed allegations that Russia is carrying out cyberattacks against the United States as baseless.

"Where is the evidence? Where is proof? It’s becoming farcical,” Putin said. "We have been accused of all kinds of things - election interference, cyberattacks and so on and so forth - and not once, not once, not one time, did they bother to produce any kind of evidence or proof, just unfounded accusations.”

In May, Microsoft officials said the foreign intelligence service appeared to be linked to an attack on a company providing services to the U.S. Agency for International Development.