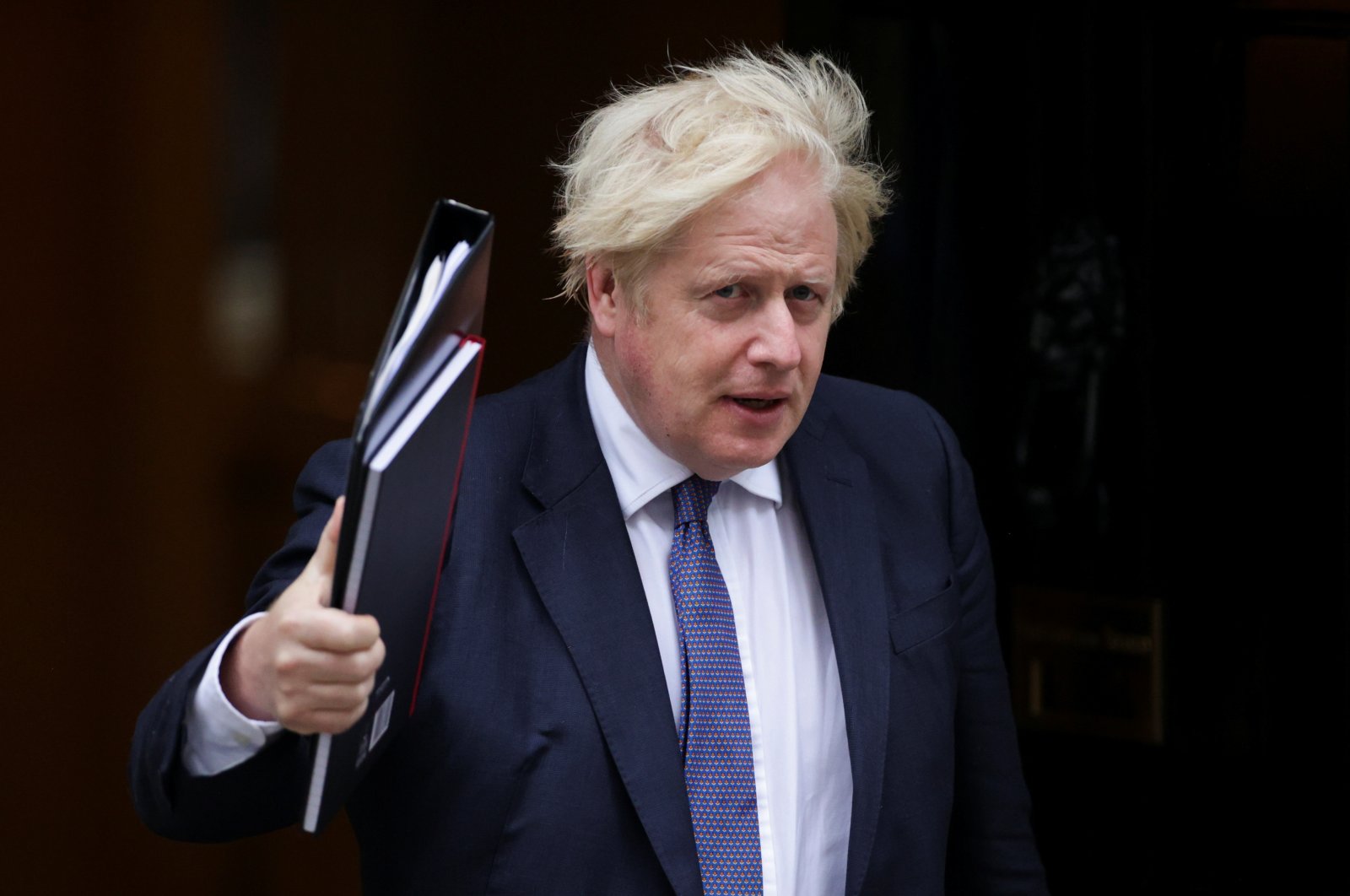 In a packed, emotional Parliament session, British Prime Minister Boris Johnson faced accusations Wednesday of needlessly abandoning Afghanistan to the Taliban and of undermining the United Kingdom's position in the world.

During a heated emergency session of Parliament, lawmakers, including many from Johnson's Conservative Party, took turns in voicing their regrets and fears at the chaotic turn of events in Afghanistan that has seen the Taliban seize control, 20 years after they were driven from power by a U.S.-led international force following the 9/11 attacks.

Johnson said he had little choice but to follow the decision of United States President Joe Biden to take American troops out of Afghanistan by the end of August.

"The West could not continue this U.S.-led mission, a mission conceived and executed in support of America, without American logistics, without U.S. air power and without American might,” he said. "I really think that it is an illusion to believe that there is an appetite among any of our partners for a continued military presence or for a military solution imposed by NATO in Afghanistan," he added.

The Taliban used the impending withdrawal of all remaining NATO forces to rapidly sweep through Afghanistan, reaching Kabul on Sunday, a stunning advance that was faster than anticipated, if not unexpected.

In response, thousands of people have fled to Kabul Hamid Karzai International Airport in a desperate, chaotic attempt to flee as Western nations evacuate citizens and Afghan employees.

"There’s been a major miscalculation of the resilience of the Afghan forces and a staggering complacency from our government about the Taliban threat,” said Keir Starmer, leader of the opposition Labour Party.

Perhaps the most pointed interventions during the debate came from Johnson's Conservative ranks, notably his predecessor Theresa May, who pondered whether Johnson felt he had hoped "on a wing and a prayer it’d be all right on the night."

"We boast about global Britain, but where is global Britain on the streets of Kabul?” she asked. "A successful foreign policy strategy will be judged by our deeds, not by our words.”

With the Taliban now in charge of Afghanistan, the British government said that its immediate priority is to evacuate the 4,000 or so British citizens still in Afghanistan and the thousands of Afghan allies who have helped the U.K. over the past 20 years.

Johnson said a new "generous” refugee settlement program would allow up to 20,000 vulnerable Afghans, primarily women and children, to seek sanctuary in the U.K. in the next few years, including 5,000 this year.

The total for this year is in addition to the 5,000 or so Afghan allies that the U.K. is now trying to evacuate from Kabul’s international airport. Johnson said the U.K. would work to unite the international community behind a "clear plan for dealing with the Taliban.”

The prime minister, who is the current president of the Group of Seven leading nations, said he was looking to convene a meeting of the G-7 leaders in the coming days.

"We are clear, and we have agreed that it’d be a mistake for any country to recognize any new regime in Kabul prematurely or bilaterally,” said Johnson, who has spoken with Biden and other world leaders on Afghanistan. "We will judge this regime on the choices it makes and by its actions, rather than its words,” he added.

The refugee plan, which is similar to a refugee package for Syria in 2015, came under immediate attack from lawmakers, who said it fell short of what was required, both in terms of speed and numbers.

"The government has said 5,000 will be brought to resettle in the U.K. this year,” said Chris Bryant, a Labour lawmaker. "What are the other 15,000 meant to do? Hang around and wait to be executed?”

Johnson said British officials were doing all they can to evacuate the U.K. and Afghan citizens who helped the British forces based in Afghanistan and that the Taliban have not sought to disrupt that operation.

"The situation has stabilized since the weekend, but it remains precarious, and the U.K. officials on the ground are doing everything that they can to expedite the movement of people,” he said. "At the moment, it would be fair to say that the Taliban are allowing that evacuation to go ahead.”

For many, if not most, U.K. lawmakers, the evacuation represents a huge failure for the Afghanistan mission, which saw 457 British troops die in the effort to stabilize the nation.

"Let's stop talking about forever wars. Let's recognize that forever peace is bought not cheaply, but hard through determination and the will to endure,” said lawmaker Tom Tugendhat, chair of the influential Foreign Affairs Committee. "And the tragedy of Afghanistan is that we're swapping that patient achievement for a second fire and a second war," said Tugendhat, who served both in Afghanistan and Iraq.