US warship involved in spat with British destroyer near Crimea: Putin 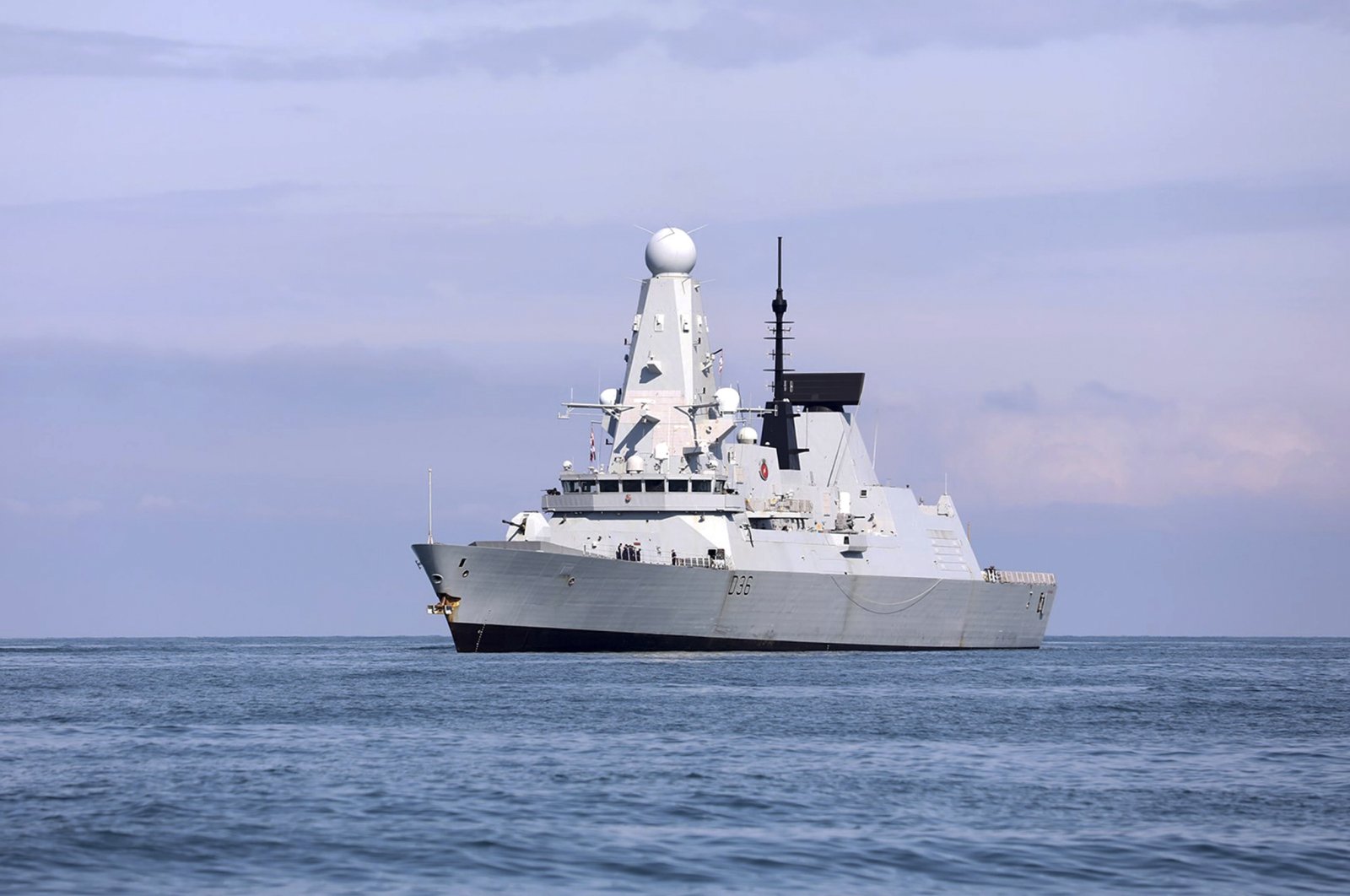 According to Putin, the U.S. reconnaissance aircraft was operating in sync with the British HMS Defender during last week’s Black Sea spat. Moscow said one of its warships fired warning shots and a warplane dropped bombs in the path of the British warship last week to force her out of an area near the Crimean Peninsula, which Russia annexed in 2014. Britain denied that account, insisting its ship wasn’t fired upon, and said it was sailing in Ukrainian waters.

Speaking Wednesday during a marathon live call-in show, Putin said that the U.S. aircraft’s apparent mission was to monitor the Russian military’s response to the British destroyer. He added that Moscow was aware of the U.S.' intentions and responded accordingly to avoid revealing sensitive data.

"This was a provocation, of course," Putin said during a live question and answer session broadcast by state television. "(But) even if we had sunk the British destroyer near Crimea it is unlikely that the world would have been on the verge of World War III," he said.

In Wednesday’s incident, Britain insisted the Defender had been making a routine journey through an internationally recognized travel lane and remained in Ukrainian waters near Crimea.

The U.K., like most of the world, recognizes Crimea as part of Ukraine despite the peninsula’s annexation by Russia. Russia denounced the Defender’s move as a provocation and warned that next time it could fire to hit intruding warships if they again try to test Russian military resolve.

During a live call-in show, Putin also voiced hope that the country could avoid a nationwide lockdown amid a surge of new infections. He said that decisions by local authorities in a number of regions who made vaccination mandatory for some workers should help contain the new wave of infections and avoid a lockdown.

The "actions of our colleagues in certain regions are aimed at avoiding the need for a lockdown, when entire enterprises shut down and people are left without their jobs, without their salaries,” Putin said. He also revealed that he chose Sputnik V – the domestically developed coronavirus vaccine Russia hailed as the first in the world to be authorized for use – for his vaccination.

Putin got his first coronavirus shot in late March out of the public eye and has remained tight-lipped about which vaccine out of the three domestically developed ones available at the time he chose.

"I've been indeed asked not to tell which vaccine I took in order not to create competitive advantages for one or the other,” Putin said. "But I see that there are lots of questions.”

The Russian president said he wasn't consulting with his doctors about this but rather looked at choices his acquaintances made, and went for Sputnik V, as it provided the longest protection against the virus, Putin said.

Russia gave Spuntik V regulatory approval last August and faced criticism both at home and abroad, as the shot had only been tested on a few dozen people at the time. However, the criticism has been blunted by a report in the prestigious British medical journal The Lancet this year that said large-scale testing showed it to be safe, with an efficacy rate of 91% against the virus.

Russia has struggled to cope with a surge in infections and deaths in recent weeks that comes amid rather slow vaccination rates. Coronavirus deaths in Russia hit a new daily record Wednesday, with the authorities reporting 669 new deaths. Russia has been registering over 20,000 new coronavirus cases and around 600 deaths every day since last Thursday.

On Wednesday, 21,042 new infections were recorded. Russian officials have blamed the surge, which started in early June, on Russians’ lax attitude toward taking necessary precautions, the growing prevalence of more infectious variants and laggard vaccination rates.

Although Russia was among the first countries to announce and deploy a coronavirus vaccine, just over 15% of the population has received at least one shot. Russia’s coronavirus task force has reported more than 5.5 million confirmed coronavirus cases in the pandemic and 135,214 deaths.

Amid the surge, 18 Russian regions – from Moscow and St. Petersburg to the remote far-eastern region of Sakhalin – have made vaccinations mandatory this month for employees in certain sectors, such as government offices, retail, health care, education, restaurants and other service industries.

While reaffirming his position that vaccination should be voluntary, Putin emphasized that the decisions by local authorities were based on law and necessary to prevent tougher measures.

Along with his annual marathon news conference, carefully choreographed call-in shows are intended to cast Putin as a strong leader caring about people's daily needs and attentive to their problems.

More than 2 million questions were sent to the show's hotline.