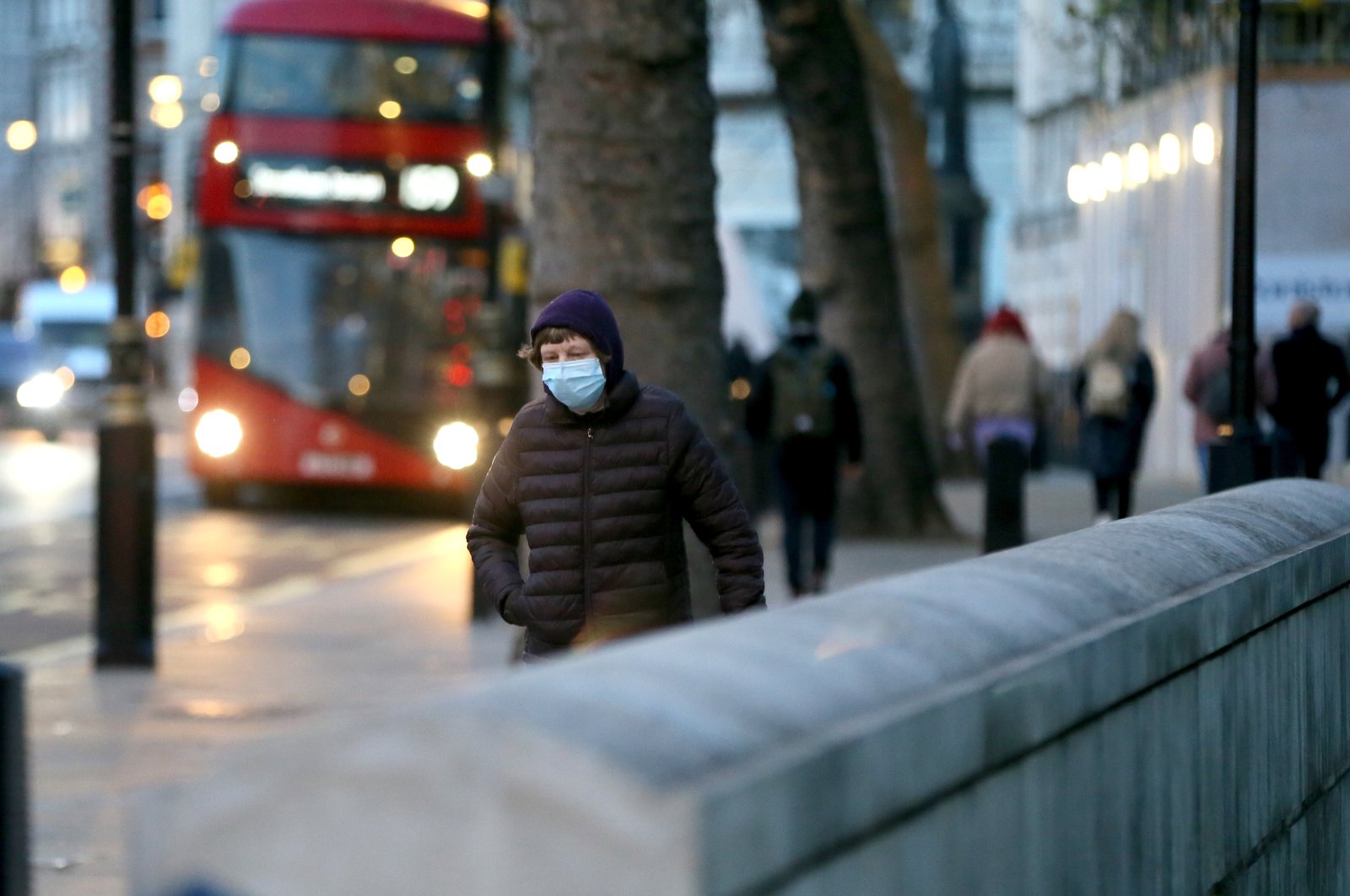 At least one patient has died in the United Kingdom after contracting the omicron variant of the coronavirus, Prime Minister Boris Johnson said on Monday.

Visiting a vaccination center in London, Johnson congratulated those getting vaccinated and handed out stickers before telling reporters that a patient had died from omicron, which he warned could infect people with two shots.

"Sadly at least one patient has now been confirmed to have died with omicron," Johnson told reporters. "So I think the idea that this is somehow a milder version of the virus – I think that's something we need to set on one side – and just recognise the sheer pace at which it accelerates through the population."

Asked repeatedly if he could rule out tougher restrictions in England before Christmas, Johnson meandered away from giving a direct answer.

Since the first omicron cases were detected on Nov. 27 in the United Kingdom, Johnson has imposed tougher restrictions, and on Sunday he urged people to get booster shots to prevent the health service from being overwhelmed.

Health Secretary Sajid Javid said the omicron coronavirus variant was spreading at a "phenomenal rate" and now accounted for about 40% of infections in London. Hundreds of people queued up for COVID-19 vaccines in British cities on Monday and home testing kits ran out after Johnson warned a "tidal wave" of the omicron variant could overcome those inoculated with two shots.

At St. Thomas' Hospital vaccination center in central London, a queue of hundreds of people snaked back onto Westminster Bridge. Reuters journalists also documented queues across London and in Manchester, northern England.

"The COVID vaccine booking service is currently facing extremely high demand so is operating a queuing system," the National Health Service said on Twitter. "For all others experiencing waits, we would advise trying again later today or tomorrow."

The new COVID-19 variant that sparked fear and concerns around the world last month has been raging across Europe furiously recently. In other parts of the continent, authorities are trying to encourage people to get vaccinated as soon as possible.

Danish health authorities said Monday a third dose of a COVID-19 vaccine would be offered sooner to everyone over 40 to curb the spread of the omicron variant.

"Due to the new and more contagious omicron variant the Danish Health Authority has decided to push the third jab for everyone aged 40 and above, so they get the vaccine four and half months after the second jab," the health authority said in a statement.

By reducing the interval of the doses, "we will be able to enter the winter with better protection for those at increased risk of severe disease and increased immunity in the population," Director Soren Brostrom said.

A third dose is "safe and effective" as soon as three months after the initial vaccine course, the European Medicines Agency (EMA) said last week.

The U.K. announced on Sunday evening that it would accelerate the rollout of booster doses, opening them up to all over-18s before next year.

Denmark is second worldwide only to the U.K. in confirmed cases of omicron, with both countries having extensive sequencing of samples to detect variants quickly.

As of Sunday, 2,471 cases of omicron had been identified in the Nordic country of 5.8 million people, where 80.6% of the population over 5 years old has already received two doses of the vaccine.