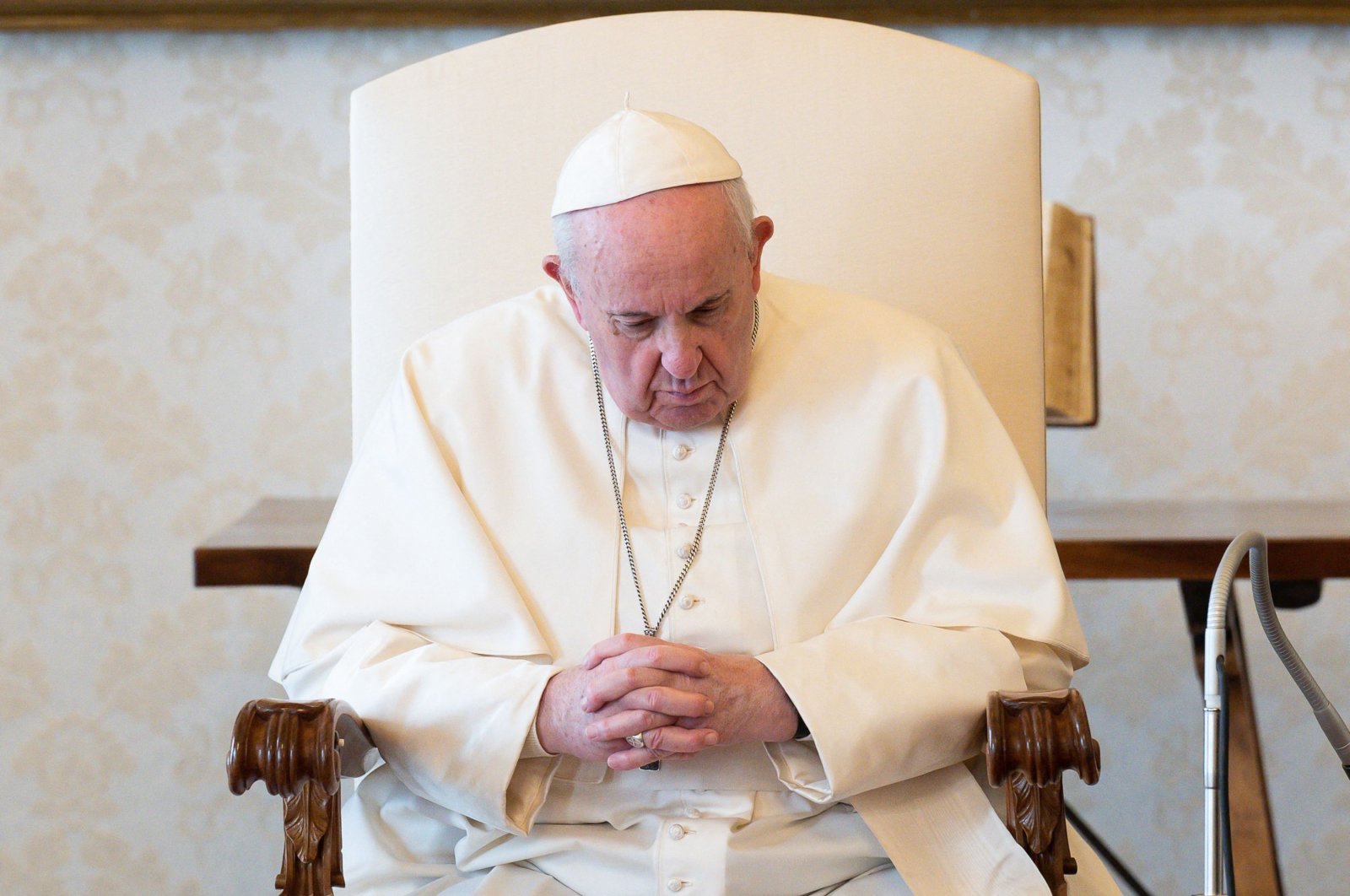 Pope Francis holding a livestreamed weekly private audience in the library of the Apostolic Palace in The Vatican, March 17, 2021. (AFP)
by ASSOCIATED PRESS Mar 17, 2021 1:43 pm
RECOMMENDED

Pope Francis declared that he symbolically kneels in Myanmar's streets for the bloodshed to end and dialogue to prevail on Wednesday, referring to widely broadcast images of a nun in Myanmar, kneeling in the street in front of armed security forces.

After the Feb. 1 coup against the detained leader Aung San Suu Kyi, the protests against the military takeover have continued and the death toll has mounted in Myanmar.

At the end of his traditional public comments to faithful worldwide, Francis said "yet again, and with so much sadness,” he felt the need to "evoke the dramatic situation in Myanmar, where so many persons, above all young people, are losing their life to offer hope to their country.”

The verified death toll among protesters since the Feb. 1 coup ousted the elected government of Aung San Suu Kyi has surpassed 200, according to the independent Assistance Association for Political Prisoners.

The coup reversed years of slow progress toward democracy in Myanmar. Due to COVID-19 pandemic precautions, Francis delivered his remarks from the library of the Apostolic Palace without pilgrims or other rank-and-file faithful attending the weekly appointment.