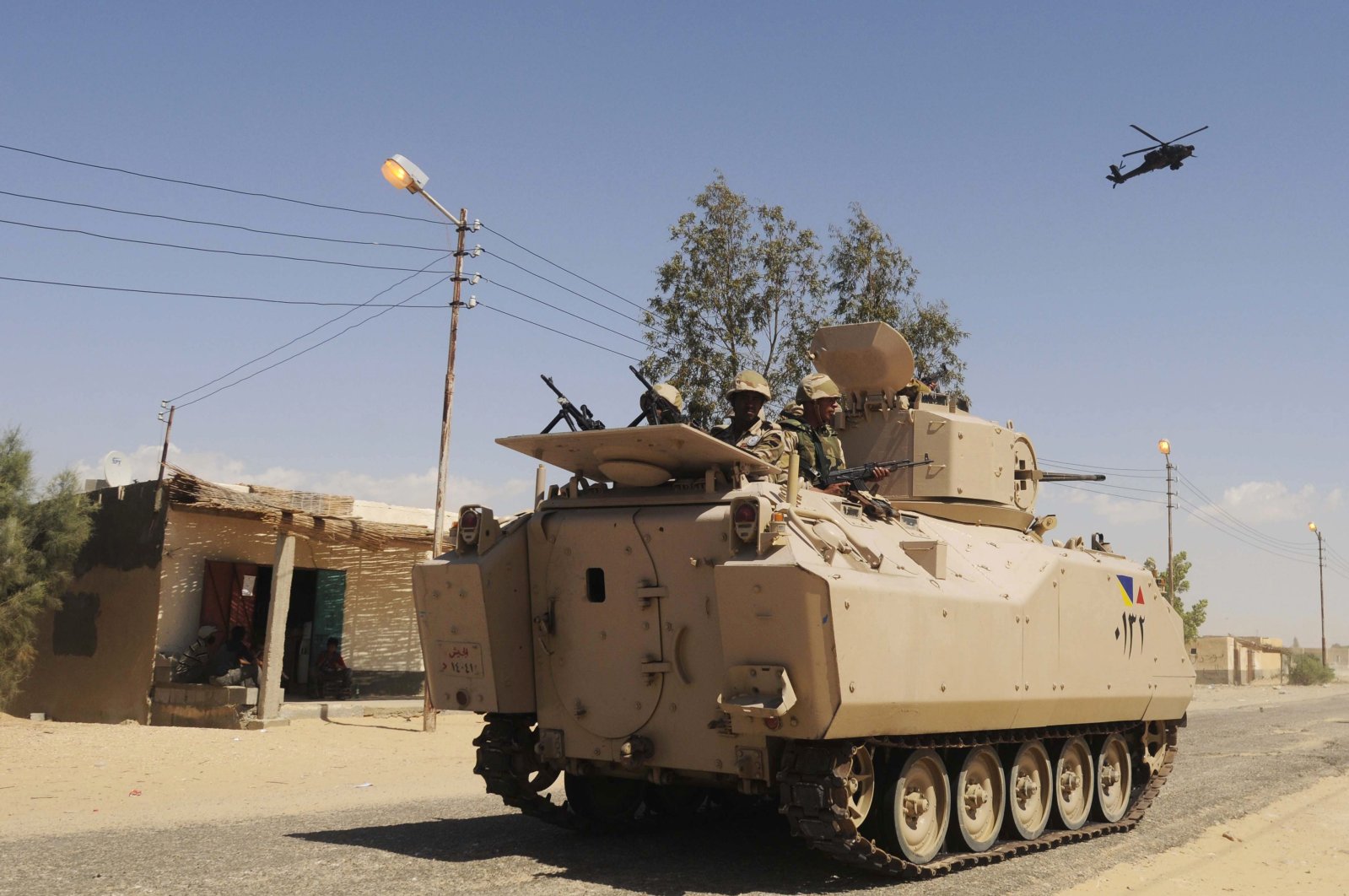 Egyptian Army soldiers patrol in an armored vehicle backed by a helicopter gunship during a sweep through villages in Sheikh Zuweyid, north Sinai, Egypt, May 12, 2013. (AP Photo)
by ASSOCIATED PRESS Aug 13, 2021 3:55 pm
RECOMMENDED

The dead included an officer, and six others were wounded. The troops were riding an armored vehicle when the bomb went off in New Rafah, a town on the border with the Gaza Strip, added the officials, who spoke on condition of anonymity because they were not authorized to speak to the media.

The wounded, who suffered serious injuries, were transferred to a military hospital in the nearby Mediterranean city of el-Arish, added the officials. The Daesh terrorist group claimed responsibility for the attack in a statement on a Daesh-affiliated website.

In a similar attack last month, Daesh militants ambushed a checkpoint in the town of Sheikh Zuweid, killing at least five troops and wounding at least six others.

Egypt has been battling militants in northern Sinai for years. Violence and instability there intensified after the 2013 military ouster of Mohammed Morsi, Egypt's first democratically elected president. The militants have carried out numerous attacks, mainly targeting Egyptian security forces, minority Christians and those who they accuse of collaborating with the military and police.

Also on Thursday, the the spokesman of Egypt’s armed forces, Lt. Col. Gharib Abdel Hafez Gharib issued a statement saying that a total of nine troops were killed and wounded in clashes with militants in Sinai.

However, he did provide the breakdown of the casualties. It also remained unclear which attack he was referring to. Gharib added that the armed forces had killed 13 militants and confiscated 15 automatic rifles and ammunition in Northern and Central Sinai. He did not specify when exactly these killings happened.

The fight against militants in Sinai has largely taken place hidden from the public eye, with journalists, non-residents and outside observers barred from the area. The conflict has also been kept at a distance from tourist resorts at the southern end of the peninsula.