Death toll in Israel's airstrikes on blockaded Gaza rises to 65 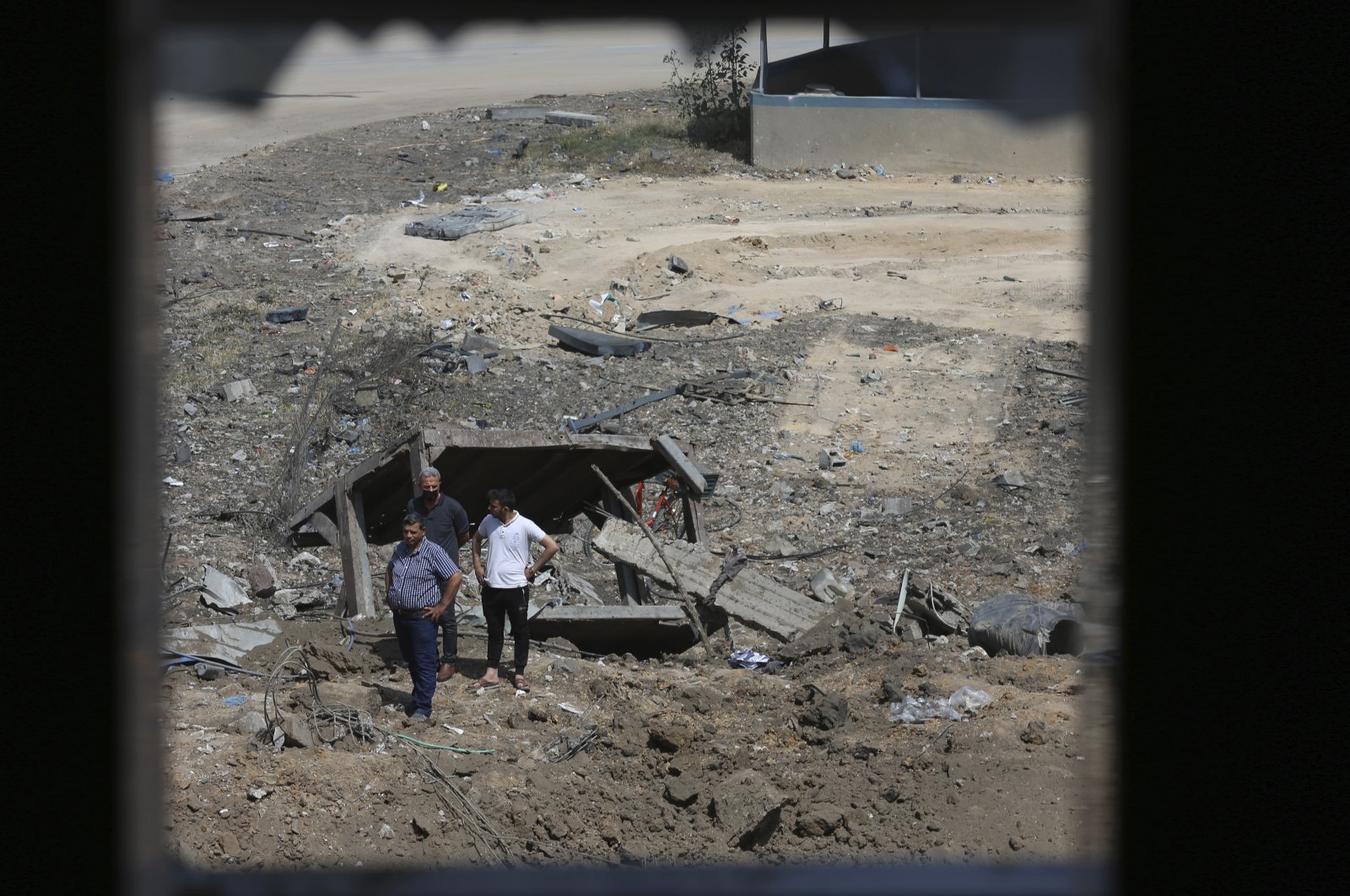 Palestinians inspect the rubble of an ice factory and mechanics garages destroyed by Israeli airstrikes, in Gaza City, Palestine, May 11, 2021. (AP Photo)
by French Press Agency - AFP May 11, 2021 4:10 pm
RECOMMENDED

The death toll from the ongoing Israeli airstrikes on the blockaded Gaza Strip has risen to 65, including 16 children, the Palestinian Health Ministry said Wednesday amid an escalation sparked by violent unrest at Jerusalem's flashpoint Al-Aqsa Mosque compound. A ministry statement said that three women were among the victims in Gaza, which is controlled by Hamas, while 365 people were injured.

In Monday evening's Jerusalem clashes – as during the previous nights since Friday – Palestinians hurled rocks at Israeli officers in riot gear who fired rubber-coated bullets, stun grenades and tear gas.

"They shot everyone, young and old people," claimed Palestinian man Siraj, 24, about Israeli security forces in an earlier confrontation in which he suffered a spleen injury from a rubber bullet.