Domestic rivals in Iran blame each other over nuclear deal 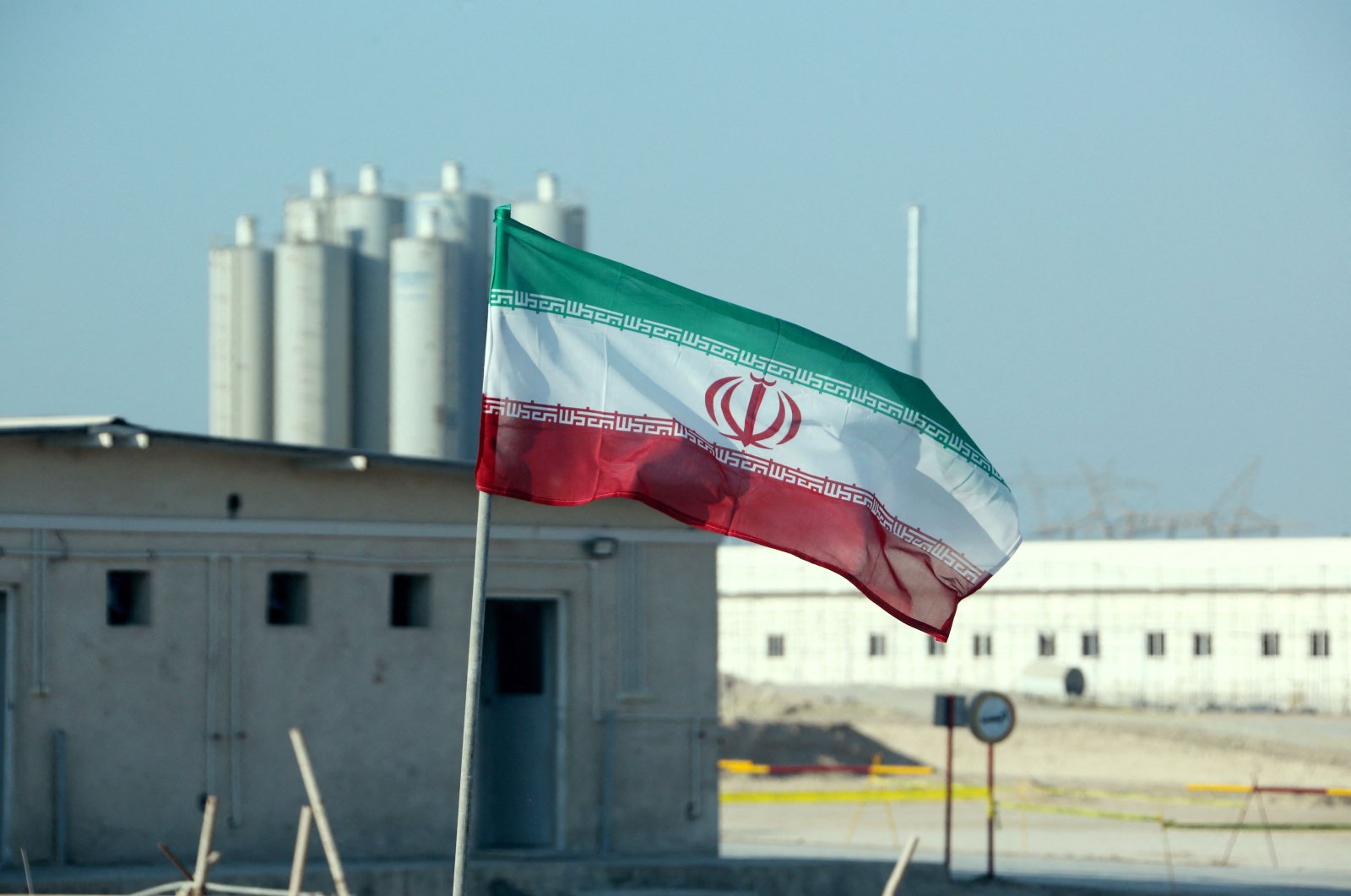 This file photo taken on November 10, 2019, shows an Iranian flag at Iran's Bushehr nuclear power plant, during an official ceremony to kick-start work on a second reactor at the facility. (AFP Photo)
by Anadolu Agency Jul 25, 2021 12:55 pm
RECOMMENDED

Iran's domestic politics remain in a deadlock over efforts to salvage the 2015 Iran nuclear deal days ahead of a power transition in Tehran.

In his parting salvo at outgoing President Hassan Rouhani, conservative lawmaker Mojtaba Zonnour blamed the reformist leader for being the "biggest obstacle" in the way of lifting U.S. sanctions.

Zonnour, a former chairperson of the parliament's foreign affairs commission, said Rouhani's "concessions" and "begging approach" prevented the lifting of the sanctions.

"I tell the Iranian people that after the U.S. presidential election, the only person who prevented the lifting of sanctions was Mr. Rouhani himself," Zonnour said, in response to recent statements given by the outgoing president and other government officials blaming the parliament for obstructing their efforts.

Rouhani, whose two terms in office end next week, has held the top legislative body responsible for the stalemate over reviving the nuclear deal.

Last week, Rouhani said the parliament put hurdles in the way of his administration's efforts to lift the sanctions, citing a law passed last year that called for upping uranium enrichment to 20% as a counter-measure to the U.S. sanctions.

He said the agreement over reviving the 2015 nuclear accord and getting the economic sanctions imposed by the former U.S. administration lifted was "possible as early as April," but the opportunity was missed after the Iranian parliament came up with the law in the wake of the killing of top Iranian nuclear scientist Mohsen Fakhrizadeh.

Government spokesman Ali Rabiei also referred to "domestic interference" over stalled efforts to revive the nuclear accord, pointing to the parliamentary legislation that required the government to significantly scale up nuclear activities and limit inspections of its nuclear sites by U.N. inspectors.

Responding sharply to Rouhani's comments, Zonnour, formerly Supreme Leader Ali Khamenei's deputy representative to the Islamic Revolutionary Guard Corps (IRGC), said Iran under the Rouhani administration had "reached the highest point of pressure" due to the reformist president’s approach of "begging and compromise."

He said the Rouhani government showed desperation to return to full compliance with the nuclear deal in return for the U.S. rejoining the deal.

"When the enemy feels that we do not want to enter through the door of needlessness and mutual respect ... but through the door of need and urgency, he retreats and tries not to give us concessions and takes more privileges from us by taking time," he said. The MP went on to advise the incoming government headed by former judiciary chief and top conservative figure Ebrahim Raeisi to "not follow the path" of his predecessor but follow the path of "wisdom, expediency and dignity" in negotiations with the West.

The senior lawmaker said Iran has paid "all the costs" of the deal, and should now reap its "benefits" under the new government.

The negotiations to revive the 2015 deal that Washington abandoned in May 2018 have been underway in Vienna since April. So far six rounds of talks have been held, and the next round has been postponed indefinitely due to the transition of power in Iran.

While both sides have claimed "progress" in the marathon talks, there have been "serious disagreements" over which sanctions to be lifted as well as Iran's recent nuclear advancements.

Iran's Foreign Minister Javad Zarif, the main architect of the nuclear deal, last week said the nuclear talks will resume under the new government in Tehran. The words were echoed by his deputy minister Abbas Araghchi, the lead negotiator in Vienna, as well as government spokesman Rabiei.

But there are strong indications that the new Iranian administration may adopt a radically new format in the negotiations after a committee set up by the country's top security body reportedly concluded that the framework reached in Vienna did not fully comply with the parliamentary law.

Zonnour also told reporters last week that the Raeisi administration "will not continue negotiations (with P4+1) in the Vienna model."

Raeisi, a strong critic of the West, will take over from Rouhani in the first week of August. He is likely to have the backing of the conservative-controlled parliament in his key policy decisions, unlike Rouhani, who had many run-ins with lawmakers in the last two years.