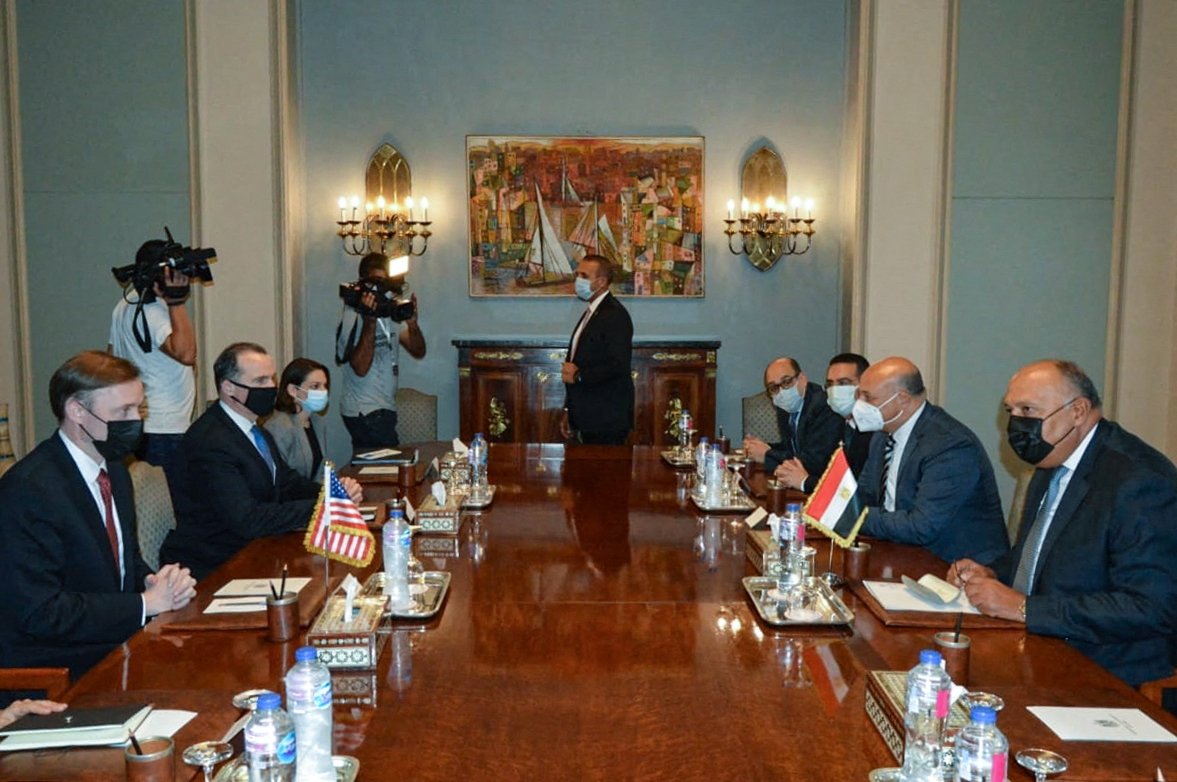 Egypt and the U.S. have agreed to intensify international efforts over preparations for Libya’s upcoming elections and to continue coordination for the stabilization of an Egyptian-mediated cease-fire between Israel and Palestinian resistance groups in Gaza, the Egyptian Presidency said Wednesday.

Egyptian President Abdel-Fattah el-Sissi discussed a host of issues with U.S. National Security Adviser Jake Sullivan in Cairo, including the situations in Libya and Gaza, the Grand Ethiopian Renaissance Dam, and the situations in Yemen, Tunisia, Syria and Iraq, in addition to bilateral relations, it said.

Ethiopia claims the Ethiopian Great Renaissance Dam is critical to its economic development. Downstream countries Egypt and Sudan say the project poses a threat to their water security and have called for a legally binding agreement to fill and operate the dam's reservoir. El-Sissi called on the international community to play an "effective role" in resolving the dispute.

"Egypt will not accept damage to its water interests," he said.

It said both sides stressed the importance of coordination on the withdrawal of foreign forces from Libya along with the unification of Libyan military institutions. The statement also said the two sides agreed to continue coordination to ensure the stabilization of the cease-fire between Palestinian resistance groups in Gaza, mainly Hamas and Israel.

Egypt is mediating a cease-fire deal between Israel and Palestinian resistant groups in Gaza following the last Israeli military offensive on Palestinian territory in May.

Sullivan also reiterated his country's commitment to ensuring the water security of Egypt along with preserving the water rights of other countries. Sullivan's Middle East tour includes stops in the United Arab Emirates (UAE) and Saudi Arabia.

Earlier this month Washington said it will withhold $130 million in military aid to Egypt due to multiple accusations of derailing human rights. During Wednesday's meeting, the speaking parties discussed human rights strategies with the U.S. delegation, emphasizing the importance of improving its record. American officials urged Egyptian authorities to look past the current situation and make progress in the matter.